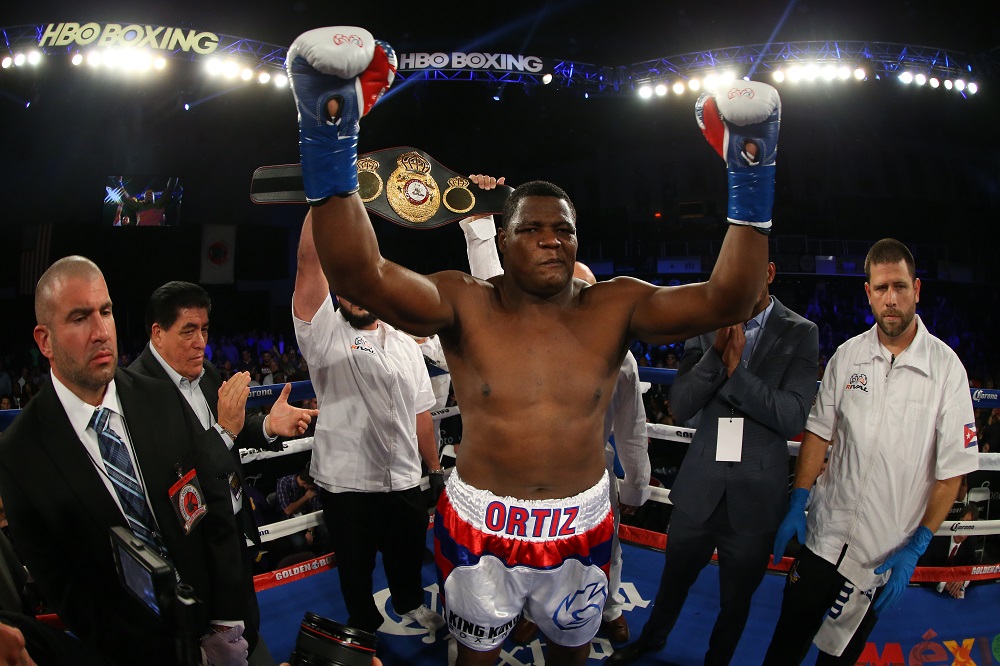 Luis Ortiz Teams Up With Matchroom

Exciting heavyweight star Luis ‘King Kong’ Ortiz has joined forces with Matchroom Boxing as he plans an assault on the Heavyweight World titles.

Unbeaten Ortiz is one of the most feared fighters on the planet and has blasted away 22 of his 25 opponents inside the distance, with the vicious Cuban’s last two outings underlining his fearsome reputation as dismissed Bryant Jennings in seven rounds to land the interim WBA crown in December and then destroyed Tony Thompson in six rounds in March.

Ortiz is hunting down World honours and will make his European debut in November in his first fight under the Matchroom banner and the 37 year old monster revealed his excitement at his upcoming schedule.

“I always had faith in my manager and friend Jay Jimenez but I never expect this fast turn around and I’m so excited about the future,” said Ortiz. “God has been great to me and my family – I’m ready.

“I’m going to be very busy over the next few months and looking forward to boxing in many countries as we continue my journey to the Heavyweight World championship.”

Ortiz becomes Eddie Hearn’s first overseas acquisition and the promoter says he plans to get Ortiz out regularly to get him in line to land a World title shot.

“Luis Ortiz is one of the most exciting Heavyweights in the World and I am delighted to be working with him,” said promoter Eddie Hearn. “We plan to keep him very busy and let the fans enjoy his devastating power. Luis is an avoided fighter but we plan on giving him the profile that will make that impossible.

“First stop for ‘King Kong’ will be announced on Monday on a huge card in November and then we plan to get him out in the UK straight after, potentially on the Anthony Joshua card. I’m very excited to work with our first international fighter as we continue to expand into new markets.”