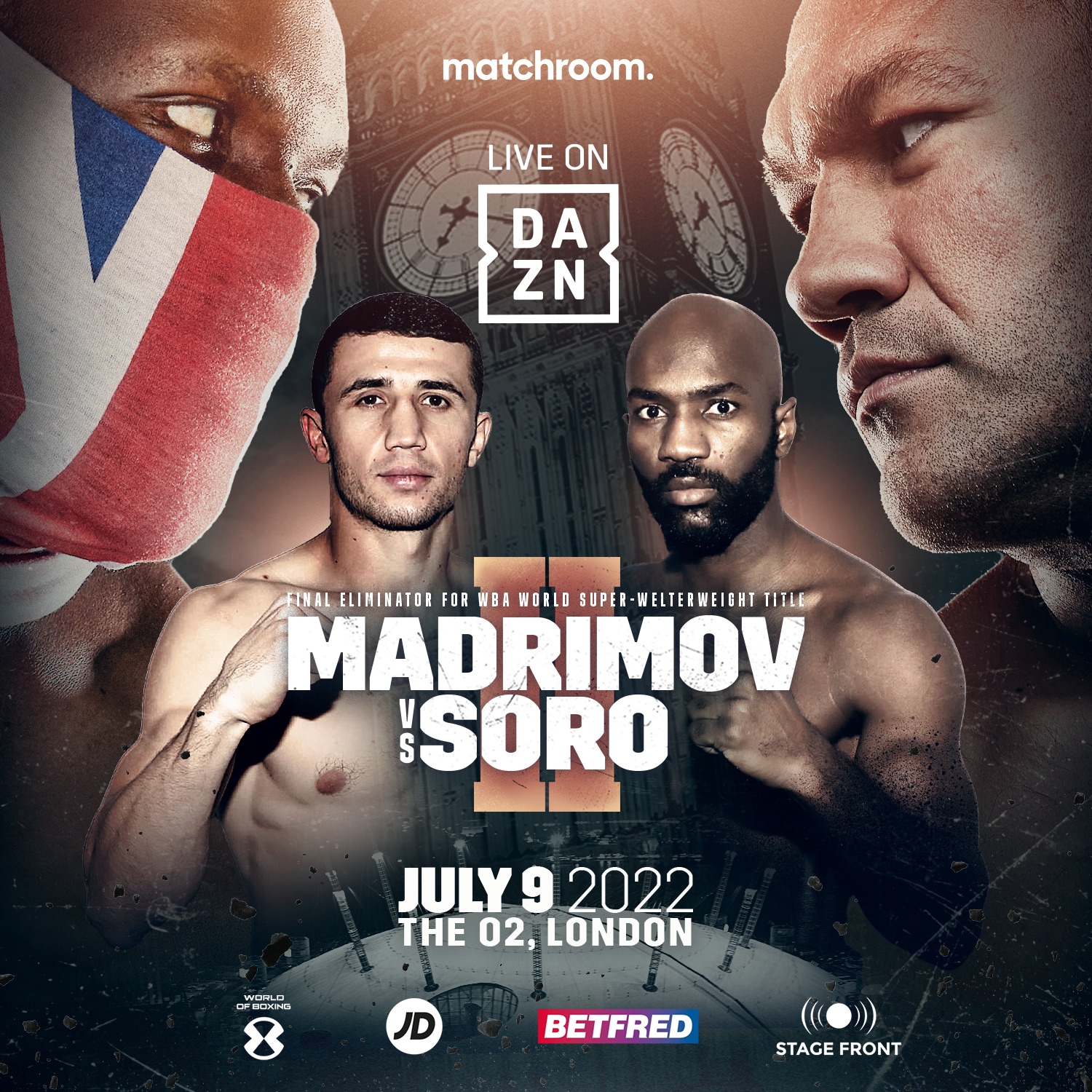 Madrimov And Soro Run It Back At The O2

Israil Madrimov and Michel Soro will rematch in a Final Eliminator for the WBA Super-Welterweight World Title on the undercard of the huge Heavyweight clash between Derek Chisora and Kubrat Pulev at The O2 in London on Saturday July 9, live worldwide on DAZN (excluding Australia, New Zealand and France).

Madrimov (8-0, 6 KOs), the No.1 ranked Super-Welterweight with the WBA, beat Soro in controversial fashion in their first meeting at the Renaissance Hall in Tashkent, Uzbekistan last December – resulting in the WBA ordering an immediate rematch.

‘The Dream’ hurt France’s Soro (35-3-1, 24 KOs) late in the ninth round, and it appeared Soro would hang tough when the bell went. However, referee Salvador Salva didn’t hear the bell and Madrimov landed a barrage of punches after the bell, and the Spanish official stopped the contest.

It was initially unclear what would happen as both teams implored their fighters to stay in the ring. After several minutes of deliberation officials gave Madrimov the victory. Team Soro were visibly upset, but now have the chance for revenge next month.

“I am looking forward to this fight again,” said Madrimov. “After the first fight I told my team right away, if the way the fight ended requires a rematch, I am willing to do it. I do not want any unanswered questions left. Let the best man win this time honorably and decisively. We are having a good camp and will be ready for July 9.”

“Madrimov is a great fighter and an exemplary sportsman, a very respectful man,” said Soro. “This fight is crucial for each of us, we are going to war. I will be much stronger than in the first fight, I have no right to defeat, I will give everything and I will win.”

General Sale tickets can be purchased via Stage Front (primary.stagefront.com) from midday on Thursday June 9.