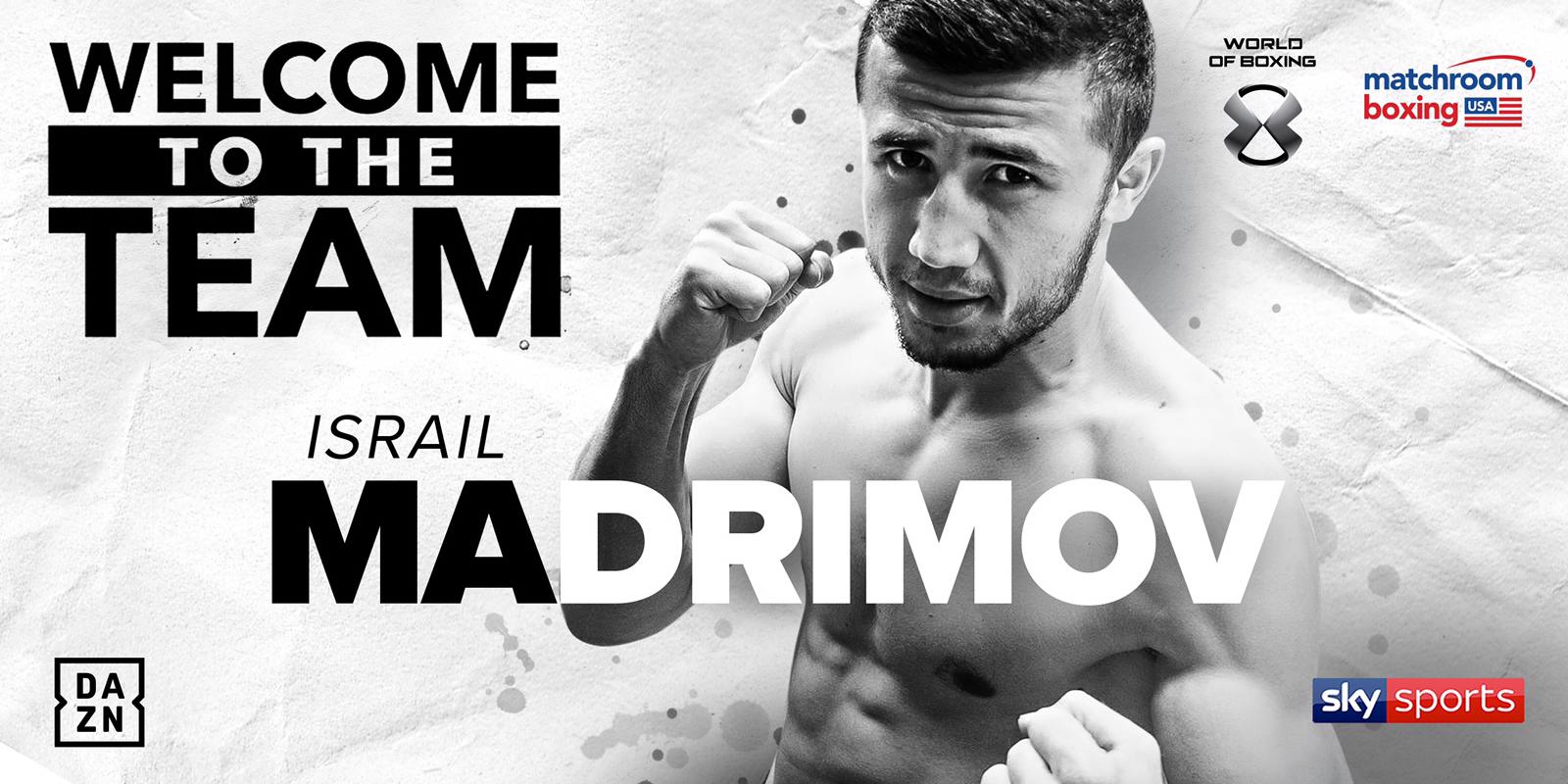 Uzbek amateur sensation in action in Turning Stone this weekend

The talented Uzbek amateur sensation fights in Turning Stone Resort Casino in Verona, New York on Saturday night live on DAZN in the US and on Sky Sports in the UK.

Madrimov defends the WBA Inter-Continental Super Welterweight title that he won on his pro debut in November in Atlantic City, stopping Vladimir Hernandez in the sixth round of their clash.

The 24 year old puts the title on the line against Frank Rojas (24-2-0 23 KOs) on a stacked card topped by stablemate Dmitry Bivol defending his WBA World Light-Heavyweight title against Joe Smith Jr. – and the two-time Asian Games gold medal man is thrilled to be working with Matchroom Boxing USA along with promoters World of Boxing to weave his path to World title honors.

“I’m very happy that Matchroom Boxing will be part of my team in addition to my promoter World of Boxing,” said Madrimov. “I know that they both have my best interests and will work for me to fight for a World title in the near future.

“I’m very excited to get back in the ring this Saturday and grateful to Matchroom Boxing USA, World of Boxing and my team for this opportunity. I can’t wait to put on a show for the fans.”

“We have a very good working relationship with Matchroom Boxing particularly with Dmitry Bivol and look forward to building a stronger partnership including our combined efforts for Israil Madrimov to become a World champion,” said Andrei Ryabinsky, head of World of Boxing.

“We’ve worked on a number of fights and of course with Dmitry Bivol with Matchroom Boxing and feel very comfortable working with them to further the career of future star Israil Madrimov,” said Vadim Kornilov, Madrimov’s manager. “He has all the skills to become a World champion and together we will work to provide him this opportunity very soon.”

“Israil is a very exciting fighter, he is a star in the making, and I am glad that our entire team has a common understanding and plans for him.”

“I’m delighted to welcome the fearsome Israil Madrimov to the Matchroom Boxing team,” said Eddie Hearn. “Madrimov has already secured a top 15 World ranking after his first fight when he defeated Vladimir Hernandez over 10 rounds in November.

“World of Boxing have expressed their desire to move him at a rapid pace to the World championship and I look forward to seeing him in major fights in 2019 and beyond. Fans are going to love his style, he is aggressive and a huge puncher – he is going to light up the division.”