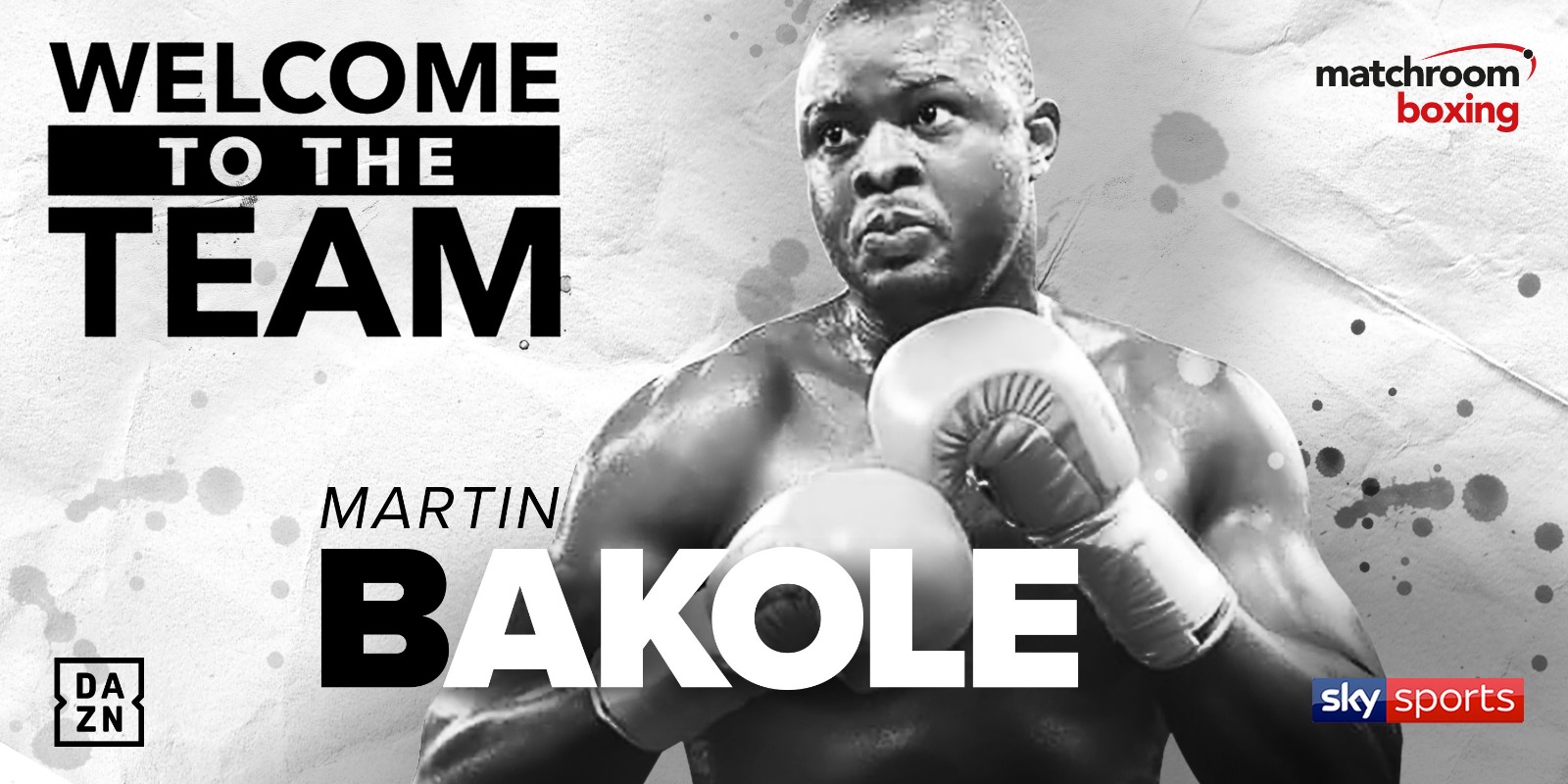 Martin Bakole has signed a promotional deal with Eddie Hearn’s Matchroom Boxing and will make his Sky Sports and DAZN debut when he clashes with Ecuador’s Ytalo Perea at the Exhibition Centre Liverpool on the August 2 JD NXTGEN show.

The Africa-born Airdrie resident bounced back from his Hunter disappointment by defeating former World title challenger Mariusz Wach in impressive fashion in April, stopping the Pole in eight rounds on away territory, and is now looking to climb the Heavyweight ladder and challenge for titles.

“I’m delighted to be teaming up with Eddie Hearn’s Matchroom Boxing stable,” said Bakole. “Matchroom have a lot of the leading Heavyweights on their roster such as Joshua, Whyte, Parker, Hrgovic and now Usyk, and it won’t be long before my name is mentioned alongside theirs.

“I’m very grateful to Eddie and Matchroom for giving me the opportunity to fight live on Sky Sports and DAZN for the first time in my career. August 2 is a great show to be a part of and fighting in Liverpool as a pro is another first for me, so I’m very excited to get going.

“I’ve been sparring with Daniel Dubois in London ahead of his British title fight and I’m feeling strong and motivated for my Matchroom debut. I’m working hard towards facing someone in the top 15 in the World in the next couple of months. The Heavyweight scene is wide open at the moment and I want to make my mark in the division, starting on August 2.”

Promoter Eddie Hearn added: “I’m delighted to welcome Martin to the team and I’m excited for him to be in the Heavyweight mix. We’ve seen him in camp with AJ over the last few years and I really believe he can compete at the higher level. After his run out in Liverpool we will be looking for all the top names come the end of the year”

Tickets for Bakole vs. Perea priced £40, £60 and £120 (VIP) are available to purchase now from the Exhibition Centre Liverpool (www.ticketquarter.co.uk) (Phone: 0344 8000 400), StubHub (www.stubhub.co.uk) and Matchroom Boxing (www.matchroomboxing.com)