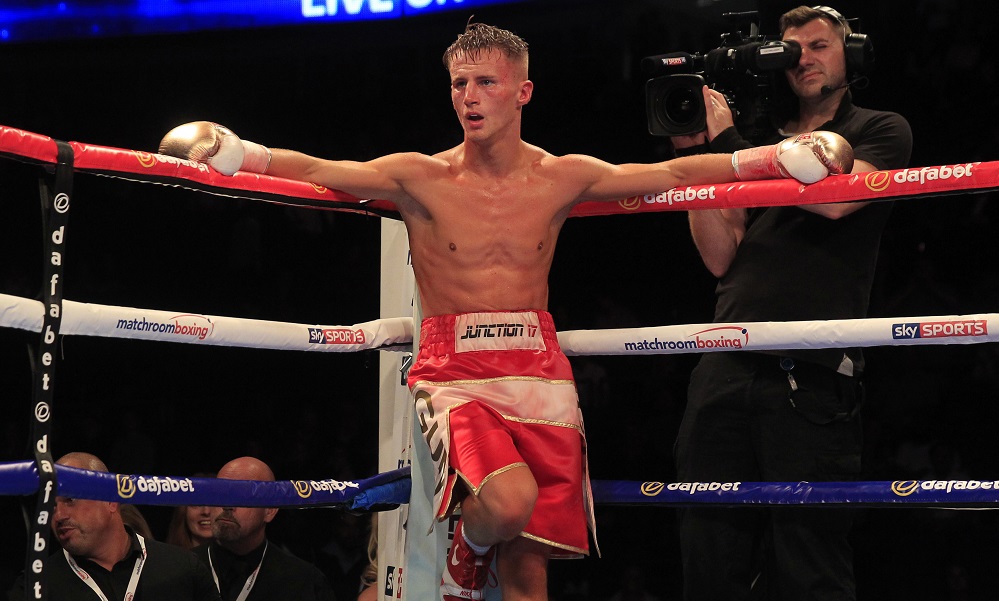 Tommy Martin says he’ll prove age is nothing but a number by taking the Commonwealth and WBC International Super-Lightweight title from John Wayne Hibbert at the Copper Box Arena in London’s Queen Elizabeth Olympic Park on January 30, live on Sky Sports.

Martin challenges his long-time friend for the titles in the latest big domestic battle at 140lbs, and the 21 year old has once again been told by his opponent that the fight has come too soon in his blossoming careers.

The unbeaten St Neots talent was quick to tell the champion that Ricky Boylan and Michael Devine levelled the same accusation at him before he claimed impressive wins against both men in 2015, and said that the 31 year old will suffer the same fate.

“John has said that it’s too early for me and it’s a step-up in class, but he knows that it’s a hard fight for him,” said Martin. “He’s been in Spain working hard so he’s not taking me lightly and rightly so, because this is going to be a 12-round war full of fireworks.

“We know each other inside out, we know what the other one is going to do, and he won’t bring anything to the table that I haven’t seen in sparring. It cannot fail to be a good fight. We’ve always had competitive sparring that end up being 10 and 12 round wars, I expect him to be at his best and I believe whoever turns up 100 per cent will win the fight.

“I’ve been proving people wrong fight after fight, let people keep digging themselves into a hole by underestimating me, it takes the pressure off my shoulders. This is a win-win situation for me in the fight, i put enough pressure on myself for every fight so I don’t need any more pressure from outside, but people saying I’m too young to beat John means there’s no pressure from the outside on me and you’ll see on January 30 how much I’ve improved since the fights with Ricky Boylan and Michael Devine.”

Martin’s clash with Hibbert is part of a huge night of action in Sky Sports’ first domestic bill of 2016 as Super-Middleweight star George Groves takes on Italian Andrea Di Luisa for the vacant WBC International title.