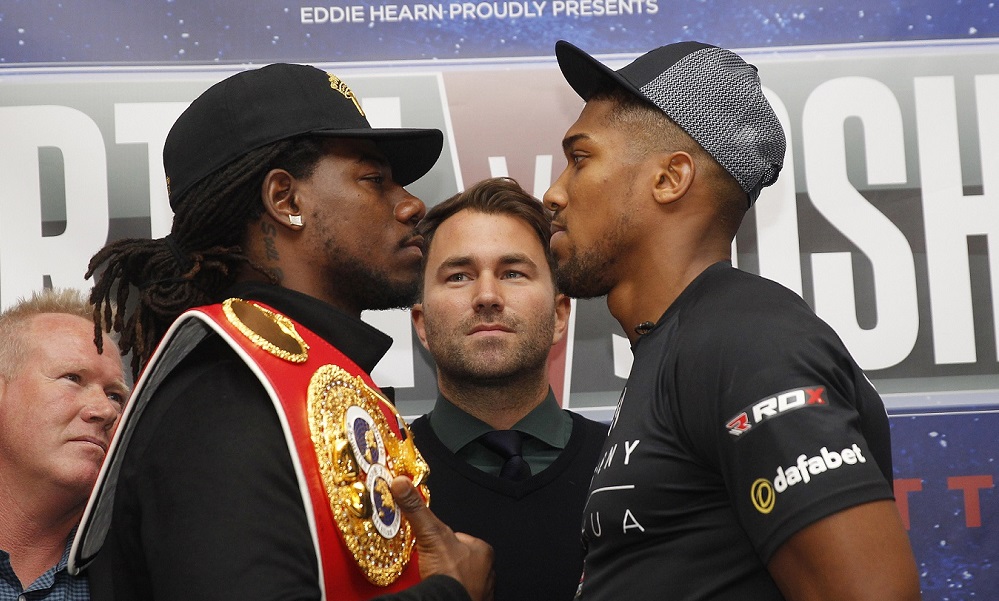 Tickets for the IBF World Heavyweight title blockbuster between champion Charles Martin and Olympic gold medal sensation Anthony Joshua MBE sold-out in just 90 seconds on Friday ahead of their clash at The O2 in London on April 9, live on Sky Sports Box Office.

Martin travels to England for the first defence of the title that he landed in Brooklyn in January against Vyacheslav Glazkov, and the California-based St Louis powerhouse has told Joshua that he’ll knock him out to retain his title – and take his fans in the process.

“I’m strong and I’ll be ready to KO him and win over his fans,” said Martin. “The boxing scene here is booming and I want to be a part of it.

“It’s just business – and I’ll show on the night that I mean business. I will return to the UK in April in phenomenal shape, ready for battle. He’s a pretty specimen and those muscles are fine and dandy, but when he gets tired, I get stronger, when he starts to go downhill. There’s no fear in me. I’ve been walking this earth for 29 years now, I am afraid of no man. I want what he’s got – the praise, the attention and the fans – plain and simple.”

Martin brings 21 KOs from his 23 wins to the Greenwich venue that Joshua has turned into his hometown fortress. The London 2012 Super-Heavyweight king as recorded six of his 15 KO wins at the arena, with the latest in December against Dillian Whyte – but Martin says that fight, and his own win over Glazkov, has no bearing on April’s showdown.

Tickets for April 9 are also available from http://www.stubhub.co.uk/matchroom-boxing-tickets/ – StubHub is the official ticket partner and marketplace of Matchroom Boxing.