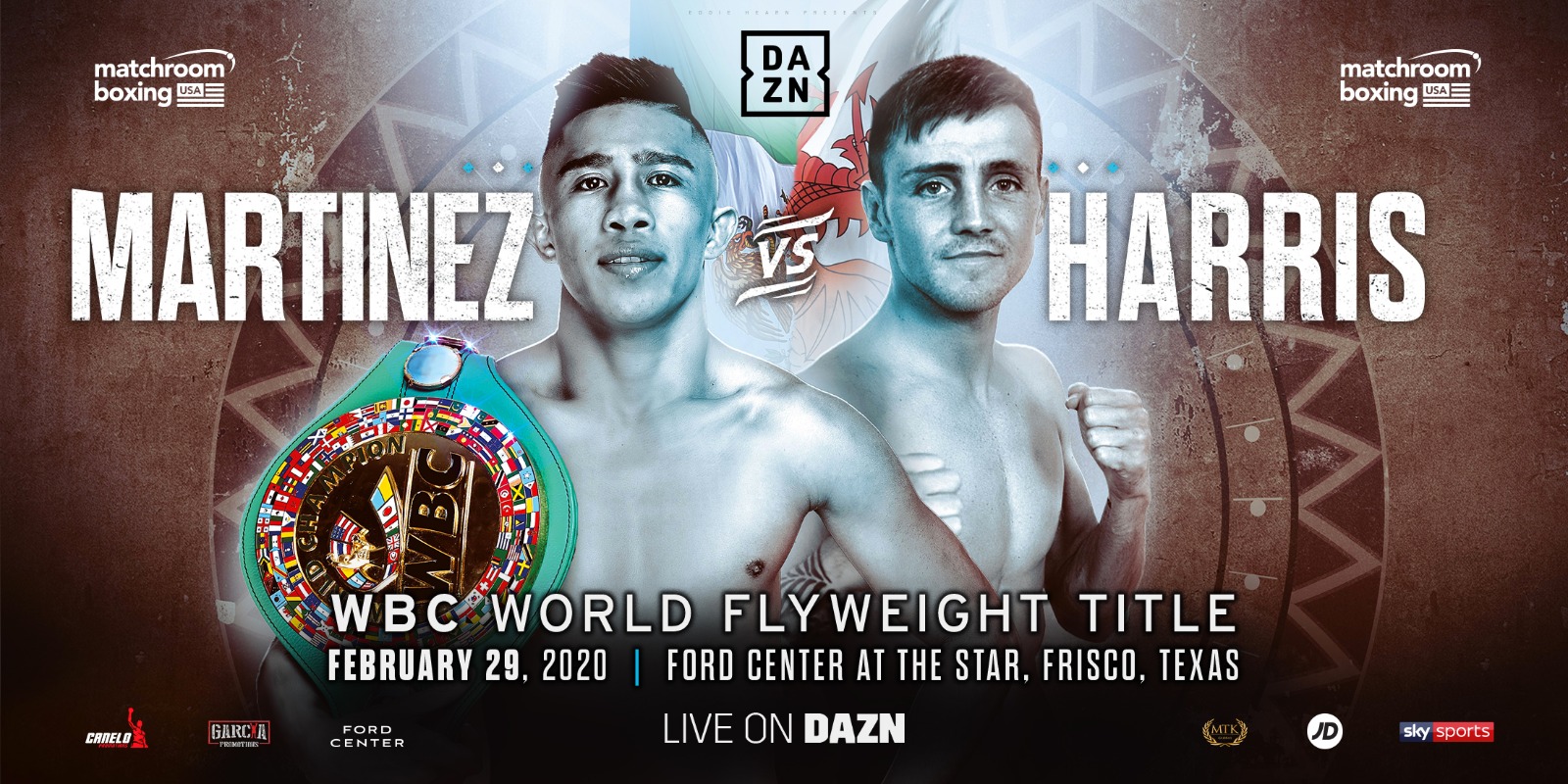 Julio Cesar Martinez will make the first defense of his WBC World Flyweight title againstJay Harris at Ford Center at The Star in Frisco, Texas on Saturday February 29, live on DAZN in the US and on Sky Sports in the UK.

Martinez (15-1 12 KOs) landed the title in stunning fashion before Christmas, becoming the first man to stop former champion Cristofer Rosales in an all-out war in Phoenix, Arizona. The 24 year old Mexican talent is wasting no time in getting his first defense in the books, and the all-action Mexican is sure to be a big hit with the fans on a night headlined by the Welterweight clash between Mikey Garcia and Jessie Vargas.

Harris (17-0 9 KOs) will have other ideas though and the unbeaten Welshman has the bit between his teeth following a big win of his own in his last outing. The 29 year old travelled to Belfast in October and knocked out three-time Olympian Paddy Barnes inside four rounds to underline his readiness for the big stage, having already captured European and Commonwealth titles.

“I’m so happy to be back fighting so soon, especially on such a huge show in Frisco,” said Martinez. “It was a special moment become World Champion but now I must continue to work hard and defend my title with honor for my people of Mexico”

“It’s perfect to have Julio back fighting so quickly, it all part of developing him as a fighter,” said Eddy Reynoso, Sport and Talent director at Canelo Promotions. “He has so much potential and I believe he is going to dominate and unify the division in time. First we must overcome this challenge on Feb 29 in Frisco”

“Julio is just brilliant to watch and the fans in Frisco are in for a real treat as this new Mexican star makes the first defense of his World title,” said promoter Eddie Hearn. “Jay Harris has impressed lately, looking great last time out knocking out Paddy Barnes and capturing the Commonwealth and European titles. The styles should gel perfectly here for a real fan friendly war on what promises to be a huge night of boxing.”

An announcement on ticket on sale dates and further additions to the undercard of Garcia vs. Vargas will be made early next week.