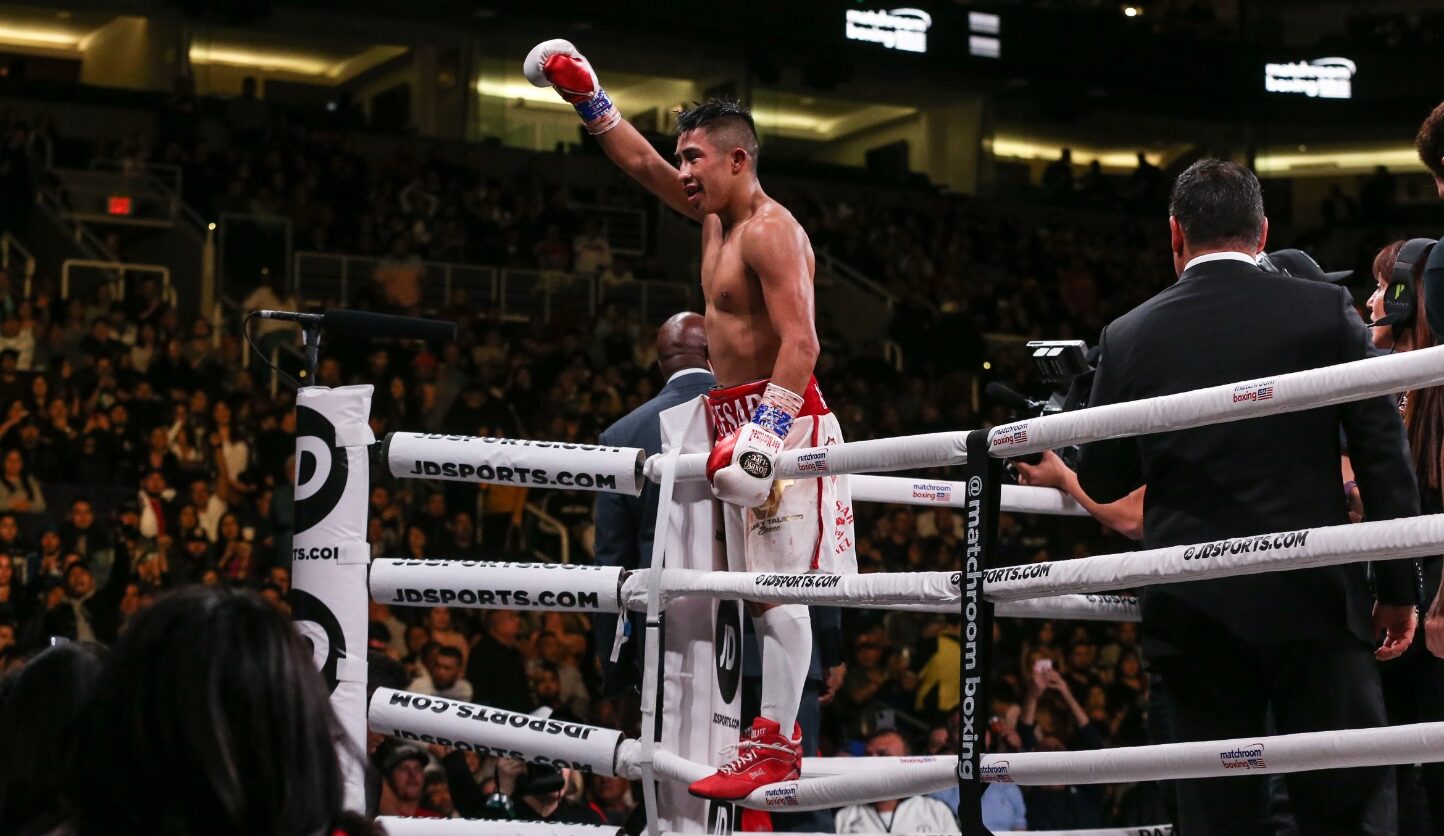 Julio Cesar Martinez will defend his WBC World Flyweight title against Francisco Rodriguez Jr on the undercard of Canelo Alvarez’s World title clash with Callum Smith at the Alamodome in San Antonio, Texas on Saturday December 19, live on DAZN in 200+ countries and territories worldwide and on TV Azteca in Mexico.

Martinez (17-1 13 KOs) puts the famous green and gold strap on the line for the third time and comes into the bout fresh from a savage second round KO win over Moises Calleros in Mexico City in October.

The Mexican talent is quickly becoming a must-watch fighter with his all-action style guaranteeing excitement and the 25 year old returns to Texas having beaten British challenger Jay Harris over 12 rounds in Arlington in February.

On a huge night for Mexican boxing with pound-for-pound king Alvarez back in action, Rodriguez Jr. (33-4-1 24 KOs) will be aiming to rip the belt from his fellow countryman in his second World title fight. The 27 year old, ranked #2 in the WBC, landed the WBC Latino title at Super-Flyweight in his last outing in November 2019, picking up the 24th KO win of his career over Jose Maria Cardenas.

I’m so honored to be fighting on the undercard of Saul. It’s going to be a tough fight but we know as always we’ve prepared 1000 per cent and we have no fear.

“I’m here in San Diego preparing and I’m very excited to be here,” said Martinez. “I’m completing almost two months of camp. I’m so honored to be fighting on the undercard of Saul. I’m going to leave everything to God as always and have faith that he’ll ensure it all goes well. Hopefully that night I’ll get a knockout.

“We know that this guy is very strong, that he’s coming very well prepared. It’s going to be a tough fight but we know as always we’ve prepared 1000 per cent and we have no fear. Going to leave everything in the ring. I still have three kilos to lose but I have two, almost three weeks left to lose that. I’m excited and anxious.

“I’m appreciative of everything from Mr. Eddie Hearn and Matchroom for all of their support. I want to also thank Eddy Reynoso and my trainer Mauricio Aceves who are always so attentive as well as my family. “Somos con todos menos con miedo”. Blessings”

“I want to thank Martínez and his team as well as Matchroom for giving me this opportunity,” said Rodriguez Jr. “It is a pleasure to fight in the biggest card of the year. Martinez is a solid champion and a good fighter but with all due respect he hasn’t fought someone like me, I been waiting for this shot for almost five years and it comes at a perfect timing – I won’t waste it,”

“Julio Cesar Martinez is arguably the most exciting pound-for-pound fighter in boxing right now and this is the perfect stage to continue his ride,” said Eddie Hearn. “This is perhaps the toughest challenge of his career right now and the fans in Texas can expect a Mexican war for the WBC World title on December 19.”

Martinez’s clash with Rodriguez is part of a huge night of action in Texas, topped by Alvarez once against reaching for greatness, challenging WBA and Ring Magazine World champion Smith – and more undercard fights will be announced later this week. 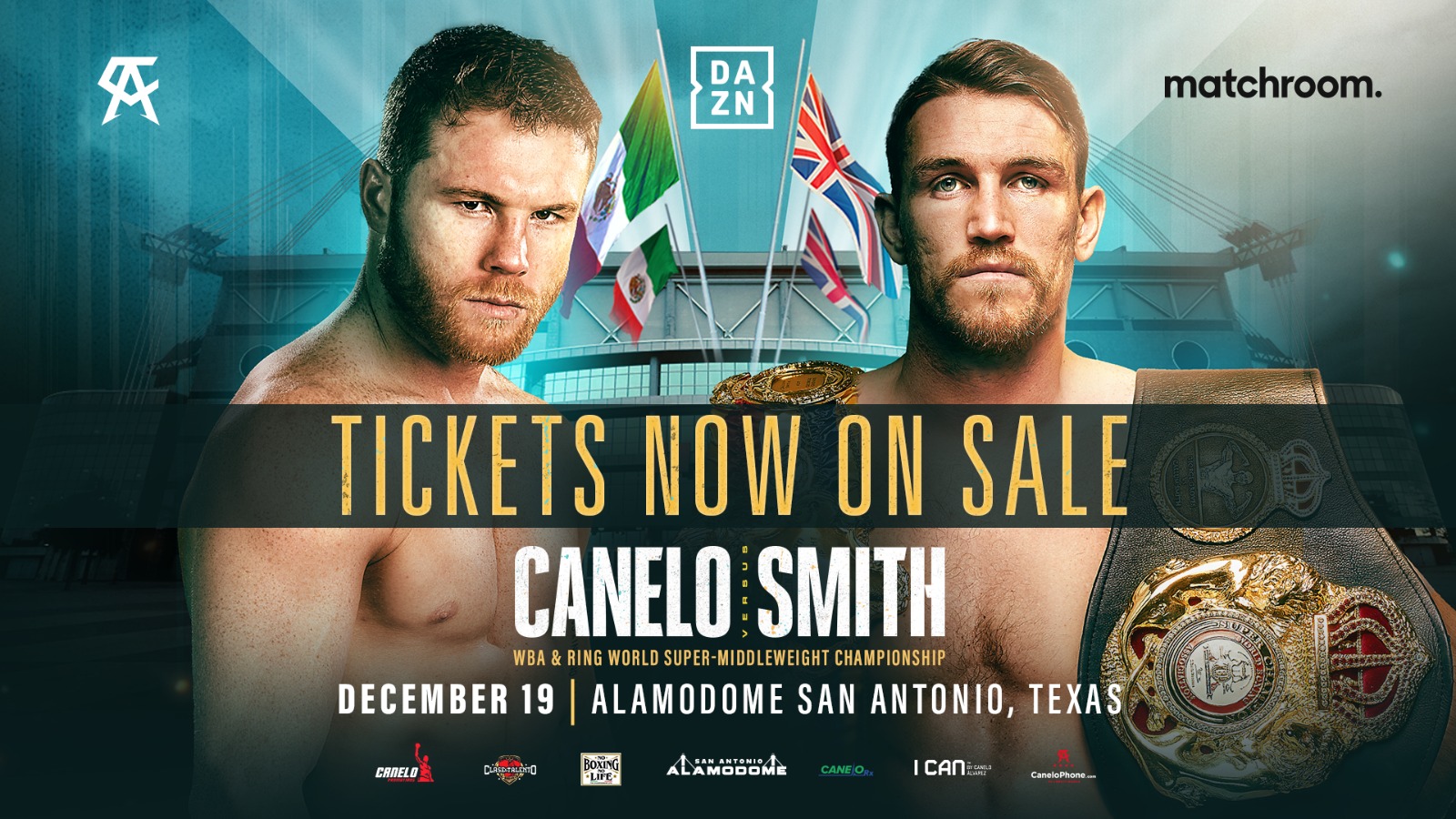