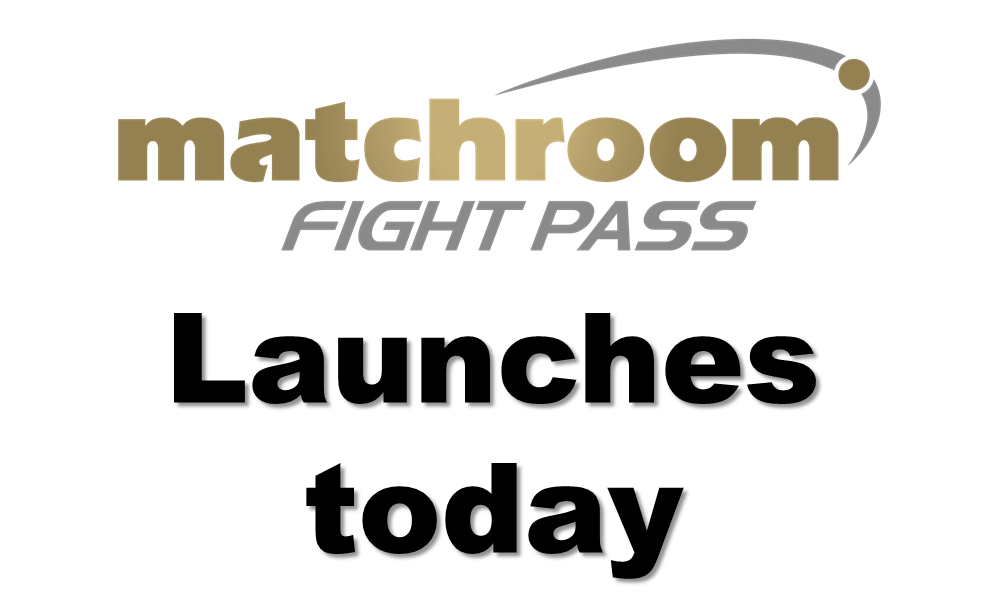 The Matchroom Boxing Fight Pass launches today at 1pm as fight fans can get their hands on sold-out ticket to the Dublin show on August 30, presale tickets for Manchester September 13 and exclusive content ahead of the first of ten online fight nights for just £29.95 for annual membership.

Fight Pass members can also get their hands on tickets for Scott Quigg’s next WBA World Super Bantamweight defence at the Phones 4u Arena in Manchester on September 13, an action-packed show with Anthony Crolla, Scotty Cardle, Sam Eggington, Gamal Yafai, Liam Hanrahan and Sam Hyde.

The Fight Pass will give members full access to up to 10 additional fight nights per year which will be streamed live in full HD at MatchroomBoxing.com. Matchroom will be working with fellow UK promoters Dave Coldwell, Steve Wood and Steve Goodwin on the shows, with the first event on September 12 as Coldwell Boxing presents ‘In The Line of Fire’ at Ice Sheffield, topped by the English Welterweight title clash between the exciting Chad Gaynor against the unbeaten Ahmet Patterson and also featuring Maxi Hughes versus Joe Murray, the rematch of the Fight of the Year contender between Jerome Wilson vs. Serge Ambomo and many more exciting young talents.

There’s exclusive content on the site with the first instalment of ‘The Kugan Cassius Show’ plus interviews with Sheffield star Kell Brook on his forthcoming World title clash with Shawn Porter, Paul Malignaggi was the last man to face Porter and he gives his verdict on the fight and there’s a Q & A with Carl Froch’s trainer and Team GB’s guru Robert McCracken MBE.

To sign up to the Matchroom Boxing Fight Pass and enjoy all the benefits, visit www.MatchroomBoxing.com/fight-pass