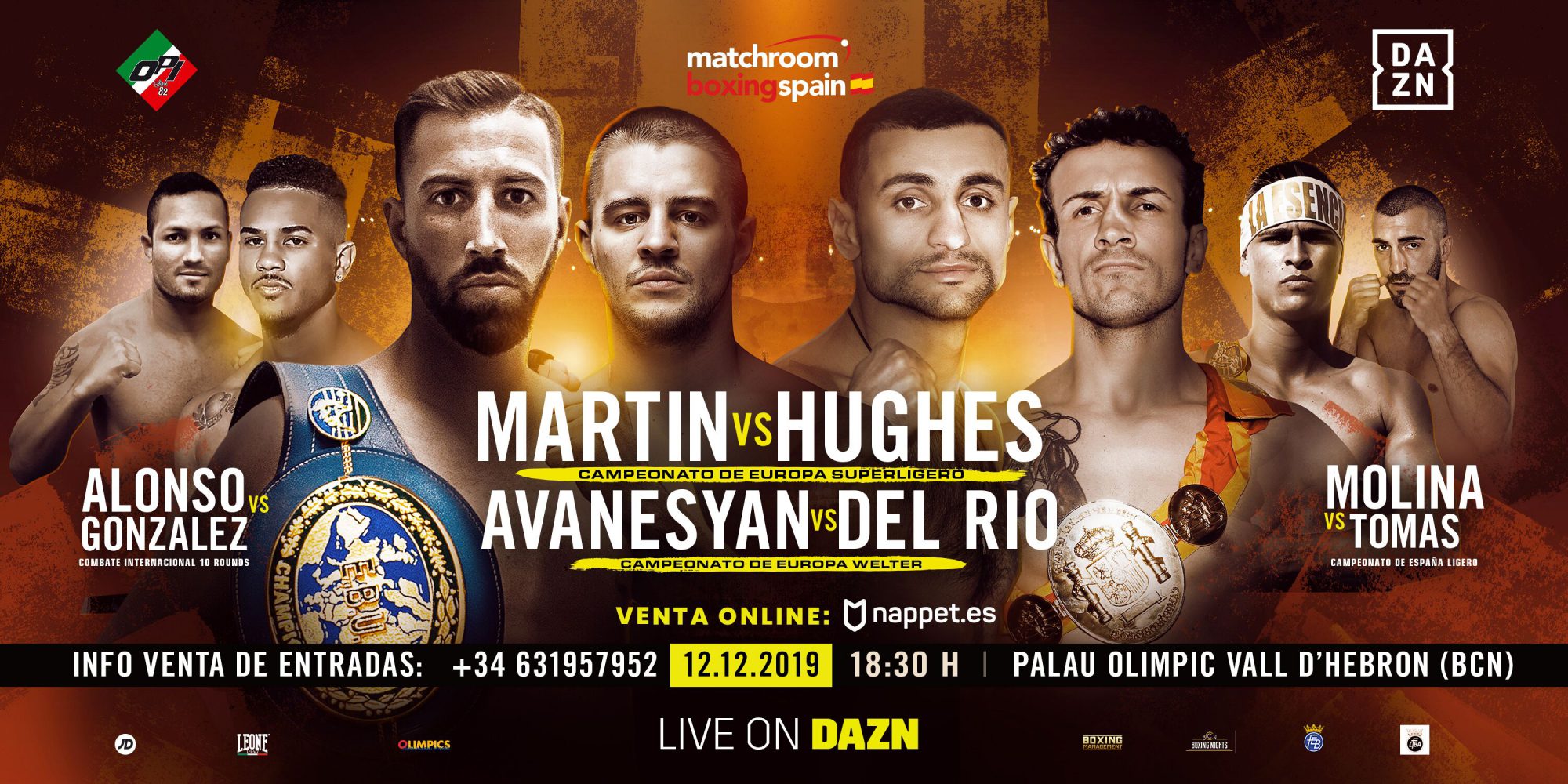 Matchroom Boxing, OPI Since 82 and DAZN are delighted to announce details of their new joint venture in to Spanish boxing as the trio look to build on the hugely successful launch of Matchroom Boxing Italy in November 2018.

Matchroom Boxing will continue to expand their global reach as they move into another new territory, beginning with the first ever Matchroom Boxing Spain event at the Palau Olimpic Vall D’Hebron in Barcelona on Thursday December 12.

Martin landed the vacant title by retiring Italy’s Andrea Scarpa in nine rounds of their clash at the Pabellon Francisco Calvo in July earlier this year. ‘Arrasandor’ is currently enjoying six fight winning streak since suffering his first career loss at the hands of Anthony Yigit in 2017.

Russia’s Avanesyan is in red-hot form after firmly establishing himself as ‘the man’ of the European Welterweight scene. He ripped the 147lbs title from Bilbao’s Kerman Lejarraga on away soil in March before destroying him in the opening round of their September rematch and is targeting a World title shot should he get past Palma’s Del Rio.

Eddie Hearn said: “I’m delighted to announce the launch of Matchroom Boxing Spain and we kick off with a huge show in Barcelona on December 12. I have watched with interest the growth of boxing in Spain and I feel it is the perfect time for us to enter the market as we continue our global expansion. We look forward to giving Spanish fight fans a great show in December and many more in 2020 and beyond.”

Christian Cherchi of OPI Since 82 said: “We are very excited to promote our first event alongside Matchroom Boxing and DAZN in the beautiful city of Barcelona. Spain has a strong boxing tradition and many knowledgeable and passionate fans. The show will have three title fights with the European Super-Lightweight title showdown between local hero Sandor Martin and Joe Hughes, the European Welterweight title clash between David Avanesyan and tough Spaniard Jose Del Rio, with Madrid’s Jonathan Alonso and Malaga’s Samuel Molina also in action.”