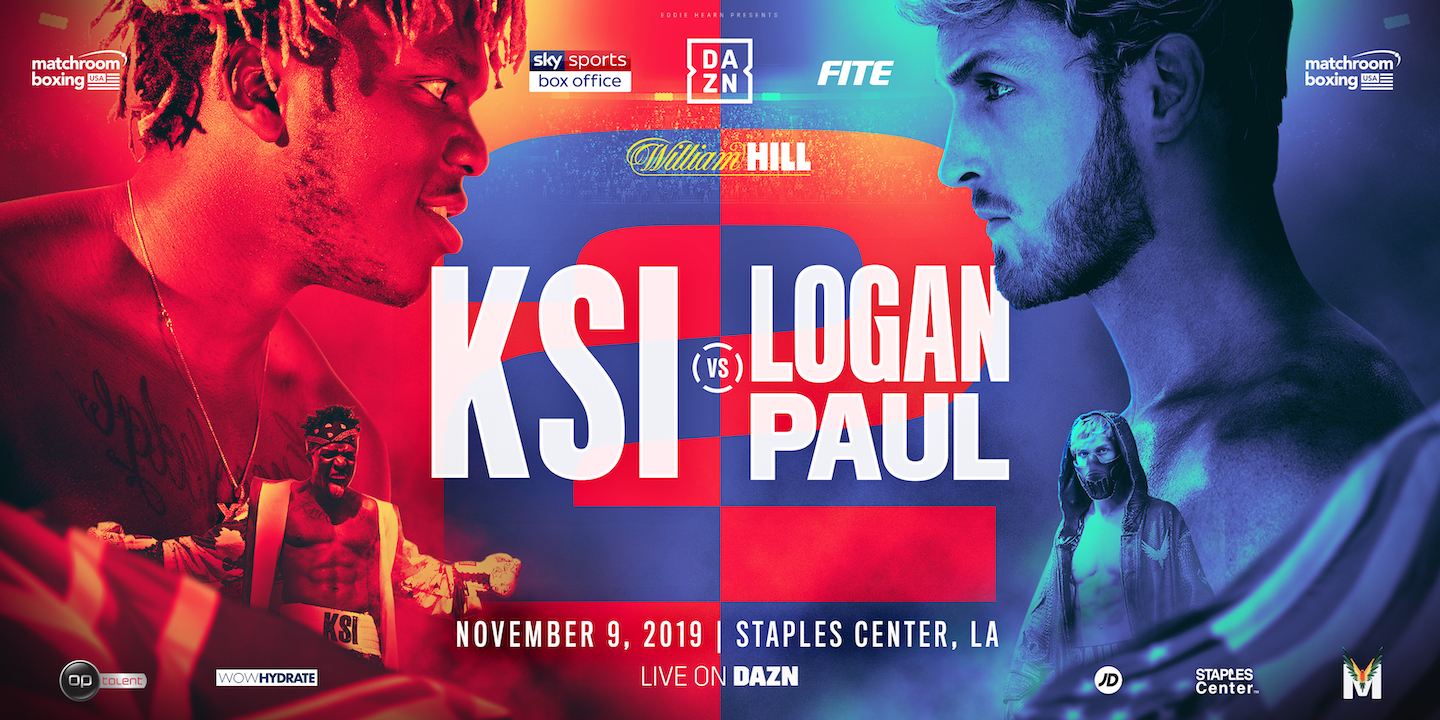 Matchroom Boxing USA and FITE, the global digital platform specializing in premium combat sports, announced today a distribution agreement, to offer the highly anticipated rematch between KSI and Logan Paul from STAPLES Center in Los Angeles on Saturday, November 9, 2019. This deal expands availability of the fight via pay-per-view in new key markets such as Australia, France, Netherlands, Baltic region, India and all of Scandinavia, among others. Watch the event trailer HERE.

For this widely anticipated face-off between two globally recognized social media icons, Matchroom Boxing USA will be working with a number of prestigious broadcast partners such as DAZN and SKY, and have chosen FITE to further extend the event’s reach to untapped audiences around the world.

“I am delighted to be teaming up with FITE ahead for the KSI-Logan Paul II. These guys are global stars on YouTube and it’s fantastic to have FITE expertly deliver their hotly-anticipated rematch – this time as pro fighters – to all corners of the globe, allowing legions of fans around the world to watch them settle the score – and introducing some of Matchroom Boxing USA’s World champions and up and coming talents fighting in LA to a host of new audiences.” said Eddie Hearn, President of Matchroom Boxing USA.

The first boxing match-up between KSI and Logan Paul, some of the most arresting and popular YouTube Influencers, was a majority draw and became one of the largest digital PPV events ever with more than a million buys. The recent press conference for KSI-Paul II has already amassed more than 10mm YouTube views, so people are showing massive interest in the outcome of these main event protagonists. FITE CEO, Kosta Jordanov remarked, “when we looked at the data from the first event, we were amazed by the exceptionally wide global appeal of the match. We knew we had to become a part of this rematch to make it available to even more people around the globe, and we’re very excited to collaborate with Matchroom on this show.”

Unlike the first event which was an invitational match-up, KSI and Logan Paul will each be making their pro boxing debuts in this Nov. 9th event. They have been training extensively for pugilistic superiority as well as bragging rights. The Main Card begins at 9pm ET and boasts some intriguing matchups including several undefeated fighters including Billy Joe Saunders vs. Marcelo Coceres among others. There will be a number of prelim matches on DAZN and FITE starting at 6pm ET.

The KSI-Paul II weigh-ins will be streamed live on Friday, Nov. 8th from the venue on DAZN and FITE, immediately following the free and global FITE in FOCUS show with exclusive interviews with the fighters, promoters, and surprise guests.