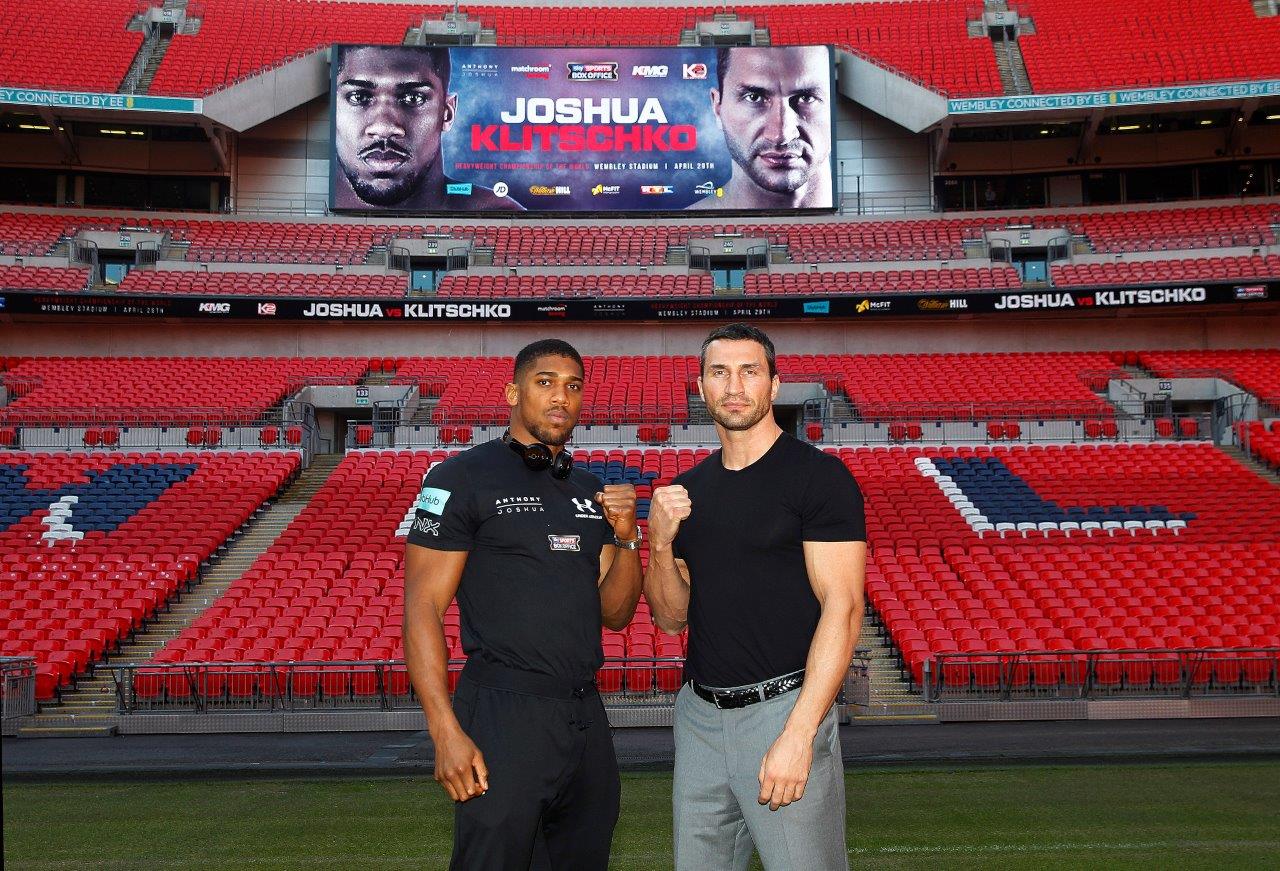 Showtime is the exclusive U.S. television partner of Joshua, while HBO has an exclusive agreement with Klitschko in the States.  Each premium network will produce its own separate telecast of the main event match for the U.S. audience.  SHOWTIME will televise its SHOWTIME CHAMPIONSHIP BOXING presentation live at 4:15 p.m. ET/1:15 p.m. PT, while HBO will televise its WORLD CHAMPIONSHIP BOXING production at approximately 10:45 p.m. ET/PT.

Joshua (18-0, 18 KOs) and Klitschko (64-4, 53 KOs) will meet for Joshua’s IBF World Championship and the vacant IBO and WBA World Championships.  The British sensation Joshua has knocked out all 18 of his professional opponents in a meteoric rise to stardom, while the long-reigning world champion from Ukraine, Klitschko, aims to win back titles he previously held in his 11-year rule as heavyweight world champion.  Joshua vs. Klitschko is promoted by Matchroom Boxing, KMG and K2 Promotions and has officially sold out Wembley Stadium with a record-setting 90,000 tickets sold.

“I’m extremely happy and thankful that our respective U.S. TV partners Showtime and HBO reached an agreement,” said Bernd Boente, Managing Director of Klitschko Management Group.  “This happened before in the Mayweather vs. Pacquiao and the Lewis vs. Tyson fights and shows you the magnitude of our event at Wembley Stadium on April 29.”

“I’m delighted to announce this historic deal that will see Britain’s biggest ever fight shown on both HBO and SHOWTIME in the U.S.,” said Eddie Hearn of Matchroom Sport.  “It takes a special fight to break down barriers and boundaries but also networks and executives who believe in working with the best interest of fight fans in mind. With the obstacles in place it would have been any easy resolution to not air the fight in the States but I want to thank HBO and Showtime for their perseverance and allowing America to see one hell of a fight at our national stadium in front on 90,000 passionate fans.  Joshua vs. Klitschko is a fight for the ages and we look forward to the show!”

“We are thrilled to be delivering Joshua vs. Klitschko to the U.S. audience live on SHOWTIME,” said Stephen Espinoza, Executive Vice President and General Manager, SHOWTIME Sports.  “On the afternoon of April 29, U.S. sports fans will be able to tune in to SHOWTIME to join a record-breaking crowd of 90,000 at Wembley Stadium and a worldwide television audience in witnessing an event that represents not only the contesting of the heavyweight world championship, but potentially the changing of the guard in the most influential division in boxing.  We are proud to be Anthony Joshua’s exclusive U.S. television partner as he attempts to establish his legacy against the legendary Wladimir Klitschko, live on SHOWTIME CHAMPIONSHIP BOXING, as Showtime continues its unrivaled commitment to the sport.”

Said Peter Nelson, executive vice president, HBO Sports: “Both promoters and both networks have found a solution that enables boxing fans in the U.S. to watch the world heavyweight championship. This agreement ensures that our subscribers have access to same-day primetime coverage of the fight. It will mark Wladimir Klitschko’s 22nd appearance on HBO and the first for Anthony Joshua.”

The 27-year-old Joshua has been perfect since turning professional shortly after winning Gold at the 2012 Olympics for Great Britain.  Joshua, of Watford, England, won the IBF Heavyweight World Championship with a second-round knockout of defending champion Charles Martin in April 2016, earning a heavyweight belt in the fewest number of fights in more than 20 years.  He has since successfully defended the title twice—against Dominic Breazeale in June and Eric Molina in December.

HBO has been the long-time home of Klitschko’s professional boxing career in the States.  The 41-year-old has been a kingpin in the heavyweight division since winning Gold at the 1996 Olympic Games.   He turned pro shortly after the Atlanta games and ran an undefeated campaign for 24 fights before suffering his first defeat to experienced veteran Ross Puritty.  Klitschko quickly rebounded by winning 10 in a row and captured his first world title (WBO) with a unanimous decision victory over Chris Byrd in 2000, a win which avenged a loss by his brother, Vitali, earlier that year.

Klitschko’s most recent reign at heavyweight began in 2006 when he captured the IBF and IBO belts via knockout in a rematch against Chris Byrd.  He went on to make 17 consecutive defences of the IBF and IBO crowns, 13 consecutive defenses of the WBO belt, and eight consecutive defences of the WBA title.  Along the way, he amassed victories over Sultan Ibragimov, Hasim Rahman, Ruslan Chagaev, David Haye, Samuel Peter, Alexander Povetkin, Kubrat Pulev and more.  In total he has fought in 28 total world title fights – a unique record in the history of the heavyweight division – compared to just 18 total professional fights for Anthony Joshua.  He was the longest reigning world champion (2006-2015) after Joe Louis.

This will be Klitschko’s first outing since losing the IBF, IBO, WBA and WBO titles to Tyson Fury in 2015, his first defeat in 11 years.