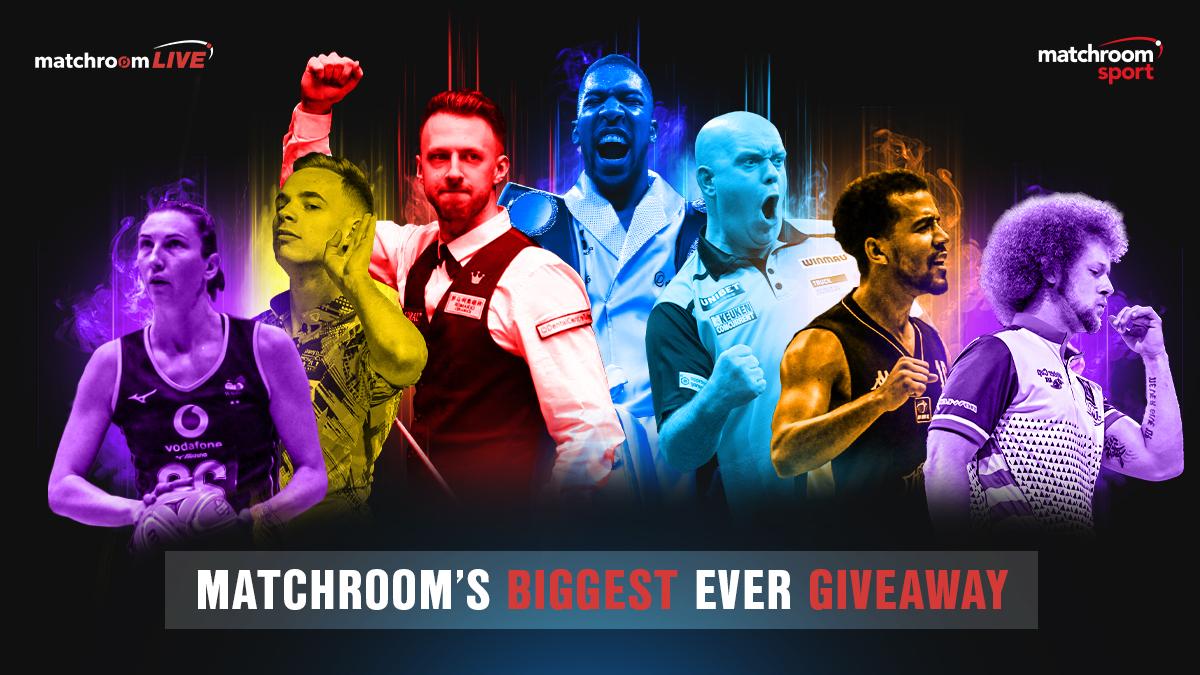 Matchroom Live is just over a week old and we want to celebrate with our biggest EVER giveaway offering subscribers the chance to win once in a lifetime opportunities, including lunch with Barry and Eddie Hearn and tickets to some of our biggest events.

– Three people and a guest of their choice will WIN a money can’t buy experience to have a tour of Matchroom HQ and lunch at the office, with a chance to meet both Barry and Eddie Hearn.

And that’s not all. We want to give one person and their guest the ultimate year experience of Matchroom access, with some of the most wanted tickets in sport.

– VIP, inner ringside tickets to an upcoming PPV boxing event which includes a backstage tour of the venue and fighter dressing rooms, plus entry to the post-fight press conference.
– Visit the Matchroom Boxing gym to watch a full training session, plus meet and greet with fighters.
– Two tickets to the last day of the 2021 World Championships semi-finals at the Crucible Theatre in Sheffield PLUS a backstage tour giving a rare chance to go behind the scenes at snooker’s biggest event.
– Two tickets to the PDC Darts World Championship Final and a signed dartboard by the finalists.

We will also be giving out some incredible runner-up prizes:

Visit Matchroom Live and register to our FREE archive HERE.

Matchroom Live is the home to nearly 40 years of sporting action across all of our sports. Wherever you are in the world you can watch the archives from any of our sports from Boxing to Darts to Snooker and many more for FREE.

Don’t miss out on your chance to win our biggest ever prizes! Sign up at Matchroom.Live for FREE to be in with a chance of winning (All existing subscribers will be automatically entered into the competition).

Competition T&Cs can be found here.