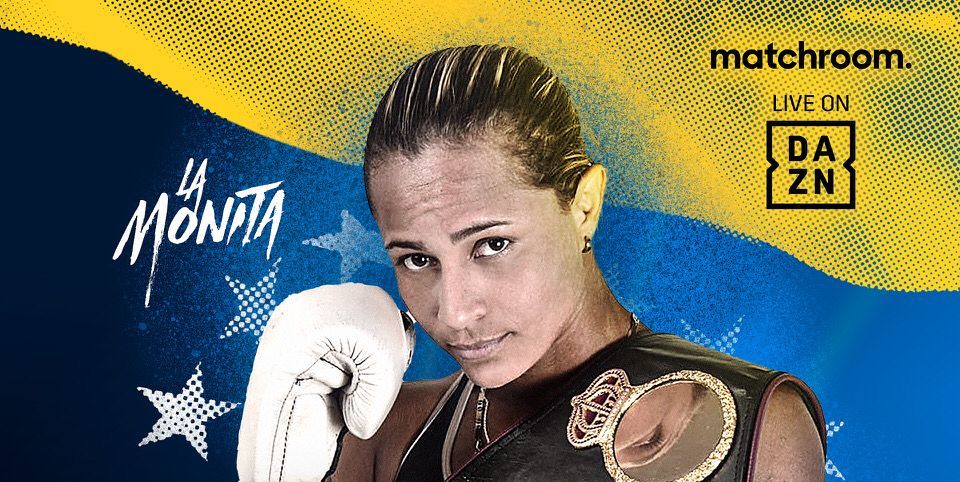 Rivas (16-4-2 10 KOs) landed the WBA strap in her last outing, travelling to Panama to beat unbeaten local favorite Laura Ledezma on points last February to bag the belt and become a two-weight World ruler in the process.

The Venezuelan won the WBA title at Bantamweight in June 2015 and made three defenses before moving up to 122lbs and won the WBA crown in her second title tilt at the weight, having been edged out via split decision for the IBF title Marcela Acuna in Argentina in October 2018.

‘La Monita’ is looking to take on fellow champions Yamileth Mercado (WBC) and Segolene Lefebvre (WBO) and an eye on the winner of Cherneka Johnson and Melissa Esquivel who clash for the IBF belt in April, and the 34 year old cannot wait to get back into action.

There’s so many big fights out there for me with the champions at my weight, where I want to unify and become undisputed.

“I am thrilled to be joining Matchroom,” said Rivas. “There’s so many big fights out there for me with the champions at my weight, where I want to unify and become undisputed. Fights up at Featherweight would be huge too and I know that there are many rising stars that would be great fights too, so I am looking forward to getting back between the ropes and showing what I do best.”

“It’s great to welcome Mayerlin to the team,” said Hearn. “Mayerlin is hungry for more belts at 122lbs, and we want to make those unification fights so she can achieve her goal of being undisputed. There are big fights on both sides of the Atlantic for her to get her teeth into, and her return to the ring will be announced soon.”