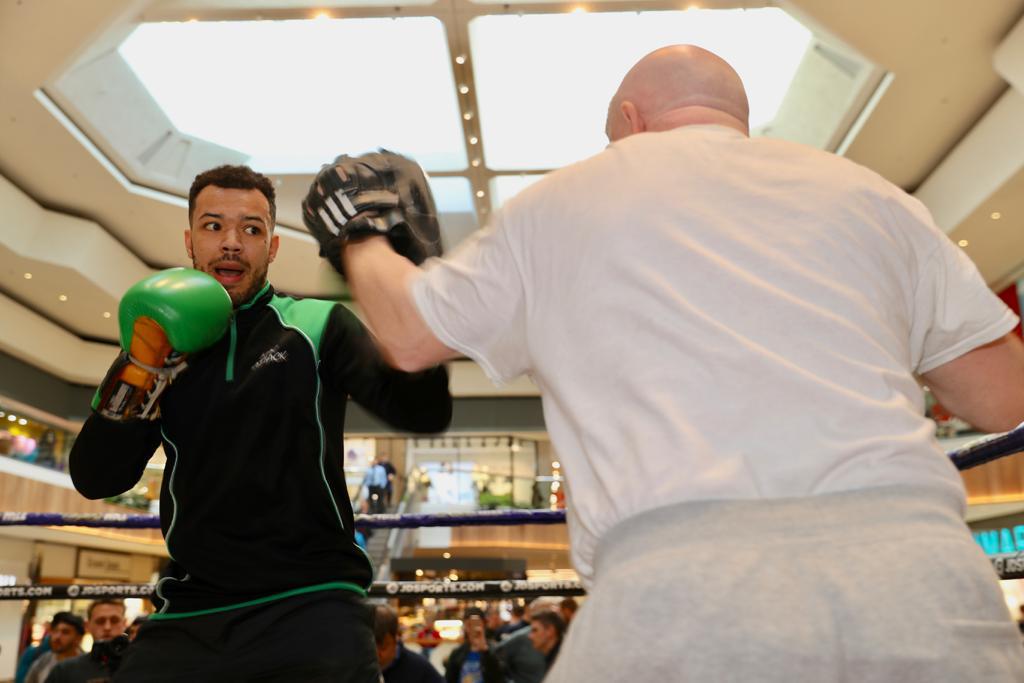 Mccarthy – Riakporhe Is Limited, He’s Like A Big Novice

Tommy McCarthy says he has nothing to worry about ahead of his crunch Cruiserweight showdown with unbeaten Richard Riakporhe at the East of England Arena in Peterborough this Saturday.

Belfast’s McCarthy takes on the Dillian Whyte-mentored Londoner for his WBA Inter-Continental title in the latest instalment of the JD NXTGEN series, live on Sky Sports in the UK and DAZN in the US, and insists he is unimpressed by his opponent’s record.

“I haven’t seen anything I’m worried about,” said McCarthy. “I think he’s limited, he’s like a big novice boxer if you watch him. He has seven knockouts but he hasn’t fought anybody. That last knockout against Sam Hyde wasn’t a knockout because Sam had to be pulled out by his corner because he had a bad injury.

“In his mind and in the media’s he is this big, devastating puncher – he has seven stoppage wins and I have six and I have fought better opposition than him. There’s not much difference in our punch power, I’m a big puncher myself and everybody knows that. I always have been since the amateurs.

“I’m super-confident. He has been doing a lot of talking in the media but I haven’t said much because I don’t really need to say much. Anything he says has been pretty much nonsense. I know what I can do and it’s just a matter of me going over there to perform.”

Former Commonwealth Games silver medallist McCarthy is looking to impress in his first live television appearance since 2016, and the 13-1 talent believes a win over the well-known Riakporhe would fire him straight into the World title mix.

“It’s a big big opportunity for me. It’s a fight that I believe I can win. A win here gets me in the top ten in the World with the WBA , it’s really exciting. It’s an opportunity that I’m going to take with both hands.

“If you get into the top ten that’s make you eligible for a World title shot. The talk is that Oleksandr Usyk is going to move up to Heavyweight and vacate his World titles. We’re looking at the possibility of wining this and maybe by the end of the year being in World title contention. It’s all up for grabs, it could be anyone.

“I’m not looking at anyone in particular but this is a brilliant pathway into getting a World title shot. I’m loving it. I feel like this has been manifesting for the past ten years. I expected this year to be very good to me but this all just happened so fast so it did come rather unexpectedly but I’m prepared for it.”

Riakporhe vs. McCarthy is part of a huge night in Peterborough.