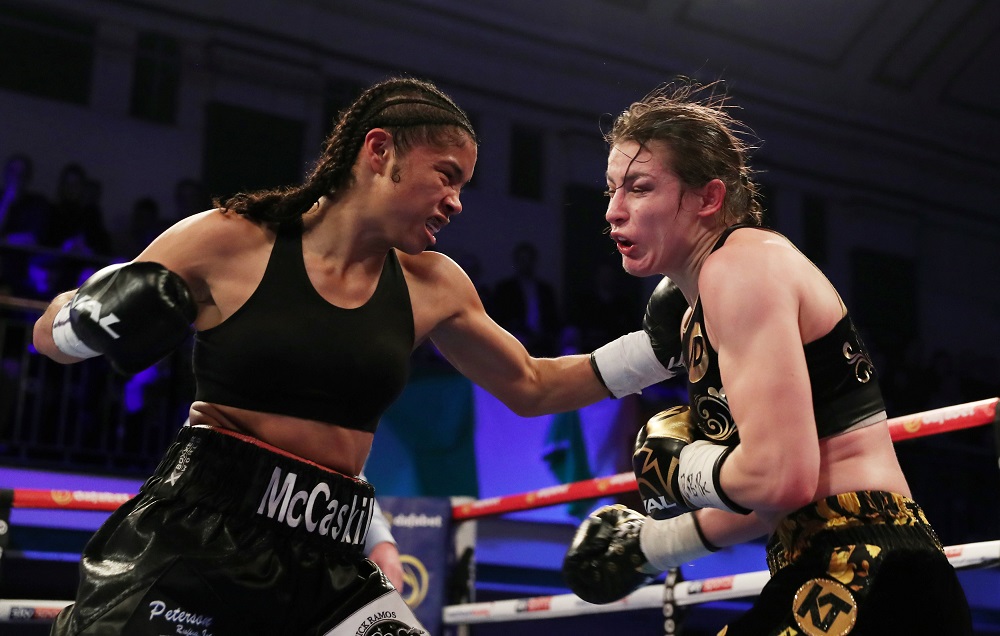 McCaskill’s (5-2 3KOs) second crack at World honors comes hot on the heels of her stirring performance against Lightweight ruler Katie Taylor in London in December – where the Chicago favorite pushed the Irish star the distance and posed her plenty of problems in just her seventh pro outing.

Buoyed by that night’s work, ‘CasKILLA’ will relish welcoming Farias (26-2 10KOs) to her home patch next weekend, but faces another star performed in the Argentine two-weight World champion, who defends her title for the fourth time in the windy city.

Farias will be taking on her fellow 34 year old on in her impressive 19th World title contest – but McCaskill is determined to seize her big night with both hands.

“I’m thrilled to be fighting for a World title in my home town,” said McCaskill. “I know that Erica is a great World champion, but I learnt so much from fighting Katie and I feel like I am more than ready to take the title from her.

“It was already going to be an honor to fight on the card with so many great fighters, but now there is this great prize on the line, I promise my fans that I will be leaving everything in the ring to make history for Chicago.

Farias is rated #1 in the 140lbs division and with Puerto Rican legend Amanda Serrano making the WBO Super-Lightweight strap her sixth weight division conquered as a World champion in Brooklyn earlier in the month, ‘La Pantera’ will be looking to meet Serrano in a unification bout – but knows McCaskill will be a threat in front of a partisan crowd.

“It is fantastic to be facing Jessica in Chicago,” said Farias. “I know that with the home fans behind her, she will give it her all – but I will rise to the occasion too and put on a great show.

“Women’s boxing is on fire now with some big fights and stars fighting on TV, so this is a great chance for me to show that I deserve those big nights and to fight in unification bouts.”

“This is such a great moment for Jessica, Women’s boxing and Chicago,” said promoter Eddie Hearn. “It’s a shot that came out of nowhere and one she and her team have grabbed with both hands.

“Jessica travelled to London to fight Katie Taylor and now she has a chance to win a World title in front of her own people. It makes next Saturday a World title triple-header and a huge night of boxing – it’s going to be non-stop action from when the lights come on.”

McCaskill’s shot at history is part of a massive night of action in Chicago, topped by the WBC Silver Welterweight title clash between Jessie Vargas and Thomas Dulorme

Three debutants grace the bill as Team USA talents Reshat Mati, Nikita Ababiy and Nkosi Solomon lace them up for the first time.

Along with these World stars and promising youngsters, Chicago fight fans will be able to back two of their own on the night, with unbeaten Bantamweight prospect Shawn Simpson joining McCaskill on the card.