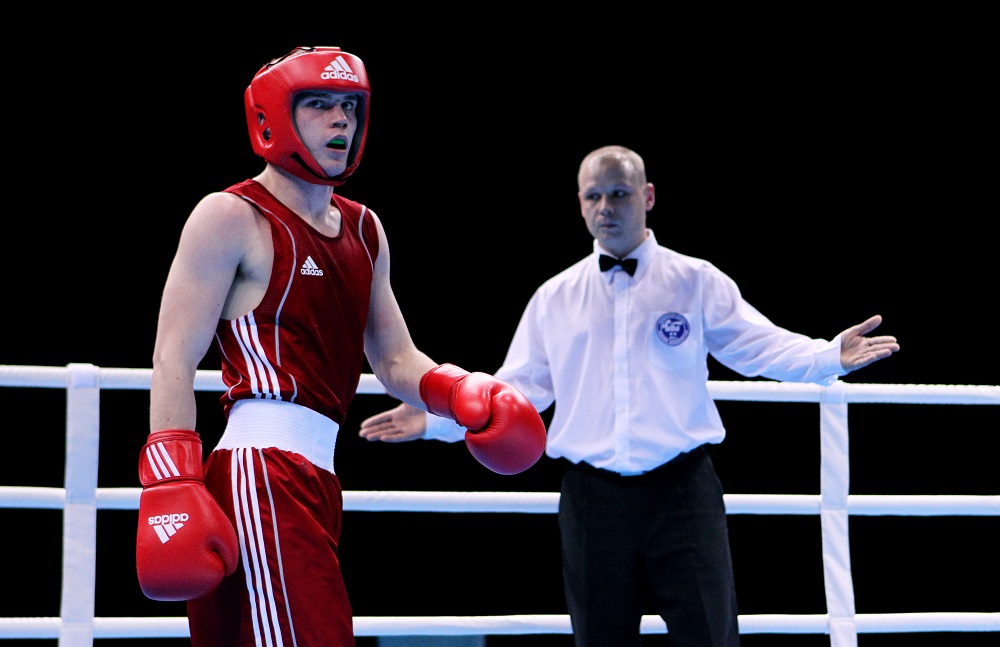 Sean McGoldrick has signed a promotional deal with Matchroom Boxing and will make his debut on the undercard of the World Lightweight unification clash between Anthony Crolla and Jorge Linares at the Manchester Arena on March 25, live on Sky Sports.

The Welsh 2010 Commonwealth Games gold medallist and 2014 bronze medal man will kick off life in the paid ranks at Bantamweight, where he picked up his medals in Delhi and Glasgow.

The 24 year old former Team GB Podium squad member kicks off life in the pro ranks in a fortnight’s time and the Tony Borg trained Newport talent can’t wait to lace them up.

“I am so excited to be turning pro,” said McGoldrick. “When any boxer starts out, they want to be champion of the world, but when you get into the amateur set up you realise there is more to it than just having a couple of fights and then turning pro.

“I set myself new goals in the amateurs, to win medals and to progress, and now I’ve turned pro, I go back to that goal of wanting to become a World champion and the best I can be.

“I’m raring to go now. Eddie likes to get his guys boxing all over the country and I’d love to do that. Eddie puts on the best shows in the UK and some of the best in the world, and I just can’t wait to be a part of it on the cards of the likes of Anthony Joshua and Kell Brook, fighters that I really look up to and it’ll be an honour to fight on their bills and hopefully I can do myself justice and perform on the big stage.”

“I’m delighted to welcome Sean to the team,” said promoter Eddie Hearn. “Sean had a stellar amateur career with Team GB and I am excited to see him move quickly through the pro ranks and challenge for major honours.”

McGoldrick’s debut is part of a huge night of action in Manchester topped by Crolla’s revenge mission against Linares.

There’s a crossroads battle of Blackpool as Middleweights Brian Rose and Jack Arnfield lock horns. Martin J. Ward defends his British Super-Featherweight title against Maxi Hughes in their third clash in the paid ranks, Marcus Morrison defends his WBC International Middleweight strap against Jason Welborn, while his Joe Gallagher gym-mate Hosea Burton looks to bounce back into title contention from his epic battle with Frank Buglioni, Irish sensation Katie Taylor fights for the fourth time as a pro, while there’s also action for Tomi Tatham, Ben Sheedy and Nathan Wheatley.