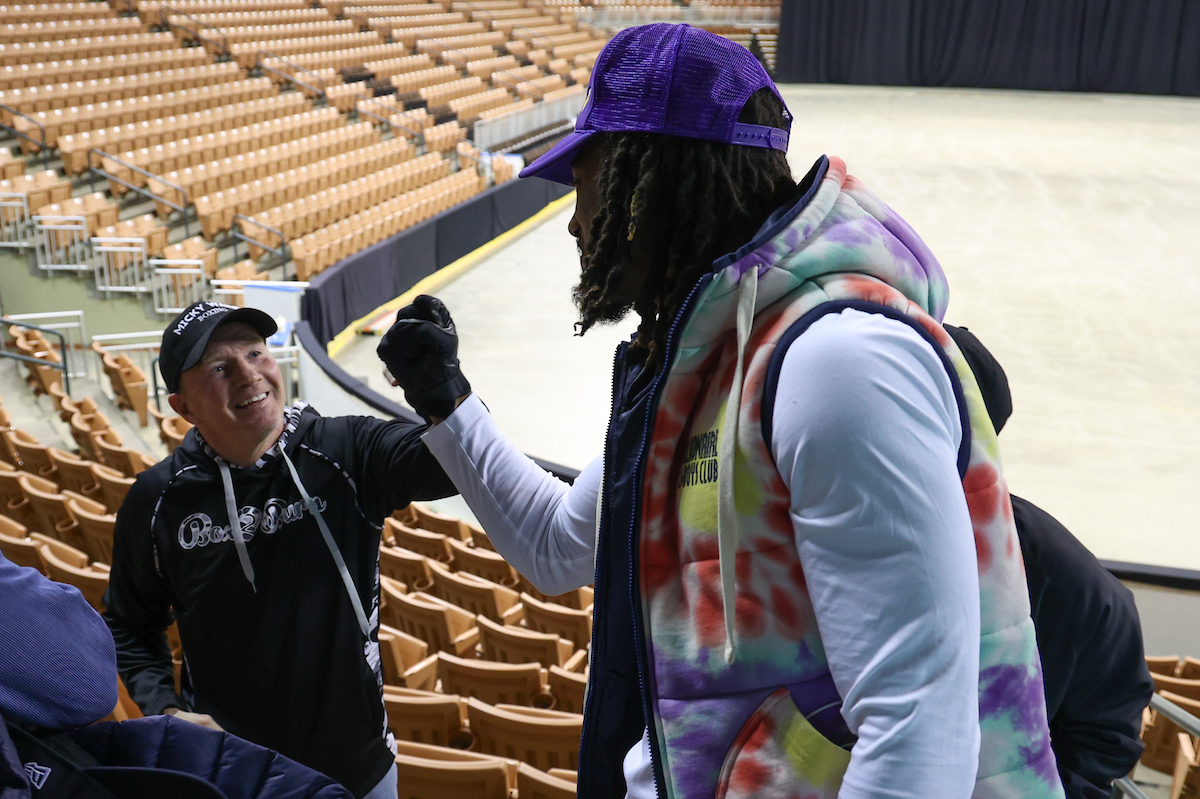 Micky Ward: Quigley’s great – but Andrade is my guy!

Ward is no stranger to big New Hampshire bouts, winning two fights in the state in 1999 that set the benchmark for his Ring Magazine Fight of the Year with Emanuel Augustus in 2001 in Hampton Beach.

The Massachusetts legend with Irish roots could be forgiven for having split loyalties when he takes his seat next Friday night as Andrade and Quigley close a monster show with four World titles on the card, but the man that played a starring role in three epic battles with Arturo Gatti will be backing the Rhode Island man to retain his title and hunt down the unification battles he craves.

I was telling him that this is the only time I am going to go against an Irishman as Boo Boo is my guy!

“I’ve known Boo Boo for years, he’s the real deal, he always comes to win, he’s a born winner,” said Ward. “I was telling him that this is the only time I am going to go against an Irishman as Boo Boo is my guy! He’s an elite fighter but he’s also a great kid. I wish Jason all the luck in the world in the fight, he’s a great fighter too but Demetrius is my man.

“I’ll be on Boo Boo’s side but I’m Irish and if it was any but Demetrius fighting, I’d be rooting for Jason but Boo Boo is like family to me, so I have to back him. Demetrius can really fight. He can switch, he’s got power, speed, he brings everything and he’s tough with a good chin, he’s the full package, an all-round great fighter that can adapt to any style.

“I know that the Irish fans are going to come out and they are crazy in the best way. If they are out in force it’s going to be loud, they are great fans and they get behind their guy.

“It’s great to have massive fights in New Hampshire. I fought here a few times and it’s great to see such a massive card coming to Manchester. I had the fight of the year here in 2001 with Emmanuel. It was a great fight, crazy fight and New Hampshire is close to me right up the street from Massachusetts, so it brings back great memories and I’m looking forward to next Friday.”

It’s Mexico vs. Puerto Rico in the long-awaited showdown between WBC World Flyweight champion Julio Cesar Martinez (18-1 14 KOs) and McWilliams Arroyo (21-4 16 KOs) and the fourth World title bout on the bill is the second step on the path to crowning an undisputed women’s champion at 140lbs as Kali Reis (18-7-1 5 KOs) takes on Jessica Camara (8-2) for the WBA, IBO and vacant WBO straps.