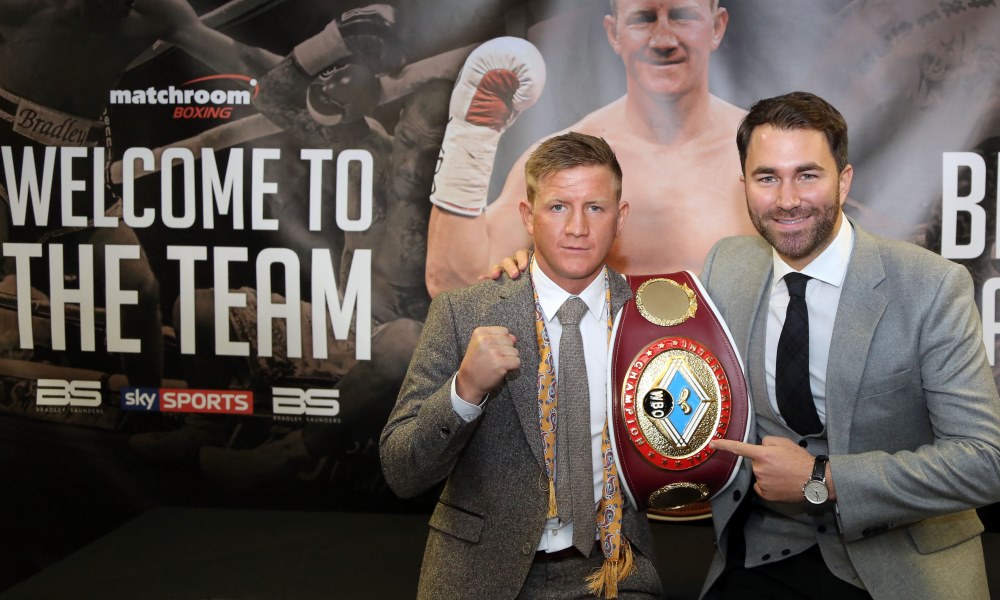 Kevin Mitchell faces Jorge Linares for the WBC World Lightweight title at The O2 in London on May 30, live on Sky Sports Box Office – and one of Britain’s best loved actors Ray Winstone has lent his voice to Matchroom Boxing’s exclusive promo video.

Mitchell meets the Venezuelan for the famous green and gold strap on a huge night of boxing in London, with their clash one of three with World title on the line as Kell Brook defends his IBF World Welterweight strap against Frankie Gavin and Lee Selby challenges Evgeny Gradovich for the IBF Featherweight belt.

East London favourite Mitchell travels to Texas on Wednesday for a training camp with gym-mate and former foe Ricky Burns ahead of the Scotsman’s own Lightweight blockbuster with Omar Figueroa, and the 30 year old believes he will shine on May 30 and land the World title he has craved.

“This is the making of my career,” said Mitchell. “I will win this fight and create a legacy as an unbeaten World champion, just watch.

“He’s a three-weight World champion and a classy fighter – if you allow him to do what he wants to do. I believe I will shut him down, do what he doesn’t want me to do and I will knock him out.

“This is a fight that I thought I could win abroad so to get it in London in front of my fans is massive.

“I’ve matured, I feel secure with the team around me and I have left that party boy behind, I am enjoying it again.

“There’s excitement in me, Tony Sims is getting the best out of me as a result; it’s a good feeling. I know I am going to win this fight.”

World title bouts for Mitchell, Brook, Gavin and Selby are part of a massive night of boxing at The O2, with Olympic Heavyweight gold medal hero facing the toughest test of his pro career to date against former World title challenger Kevin ‘Kingpin’ Johnson.