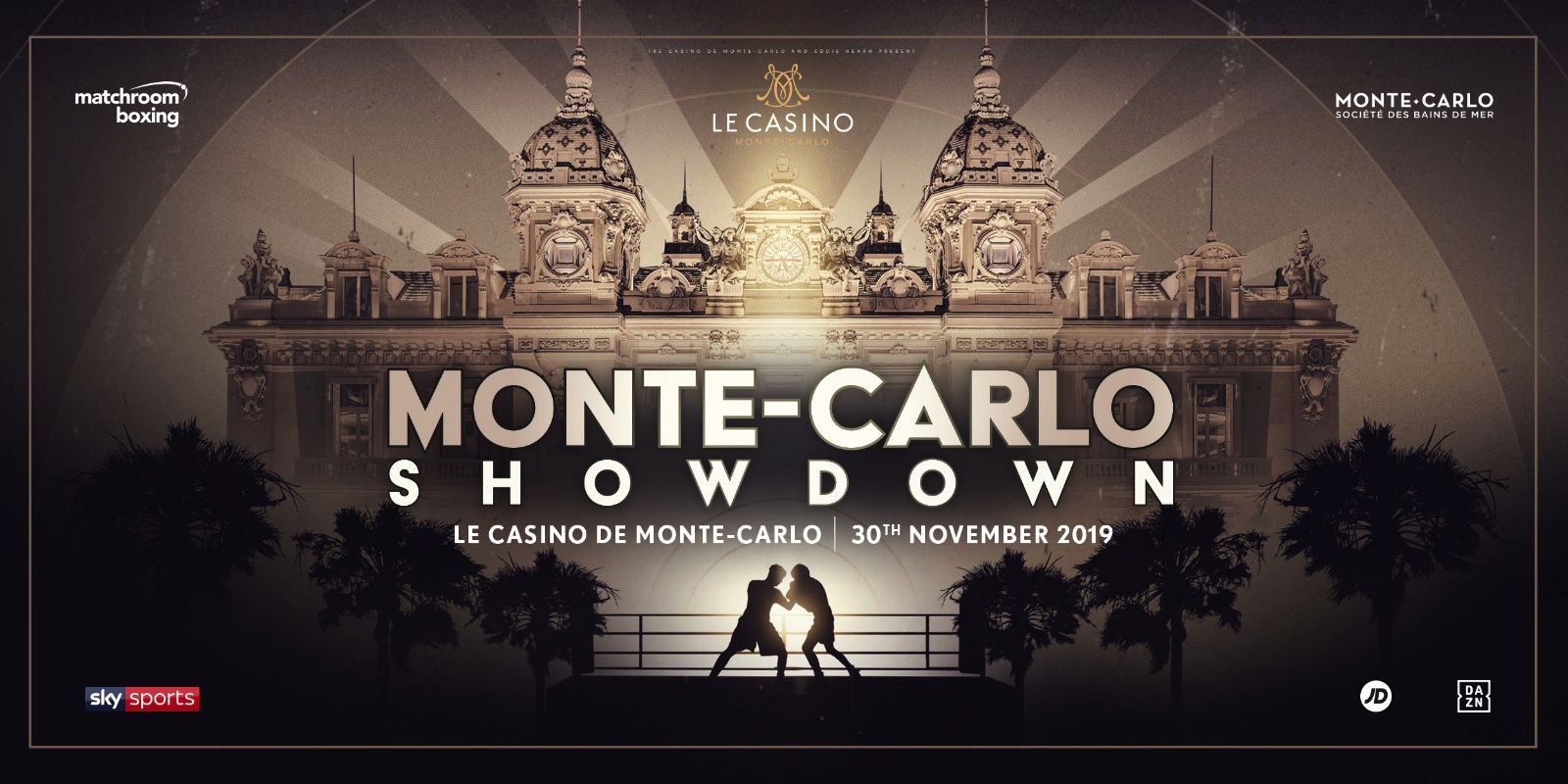 Dmitry Bivol was the star of the 2017 show as he provided one of the KO’s of the year in destroying Trent Broadhurst inside a round of his first WBA World Light-Heavyweight title defence. Scott Quigg starred with a sixth round KO of Oleg Yefimovich, McDonnell and Solis met in a rematch and European Heavyweight champion Agit Kabayel saw off Dereck Chisora.

Promoter Eddie Hearn said: “I’m delighted to return to Monaco on November 30th for another night of World Championship boxing. The event has become an important date on the Monaco sports and entertainment calendar and fighters, media, broadcasters and fans all love the experience. We will announce the fight line up shortly with a real international flavour of talent looking to collect those World Championship belts.”

Pascal Camia, Executive Vice President, Gaming Operations adds : “The Casino de Monte-Carlo and Matchroom Boxing once again create a prestigious event dedicated to premium guests, confirming one more time that Monaco is the most exclusive gaming destination in Europe. High-class entertainment, bespoke events and memorable moments are proposed all year long by the Casino de Monte-Carlo to its demanding clientele. Much more than championships, the Monte-Carlo Boxing Showdown promises to be a thrilling show celebrating the Great Art of gaming and the Great Art of boxing in an outstanding setting.”

Announcements on the line-up and the ticket details for November 30 will be made soon.