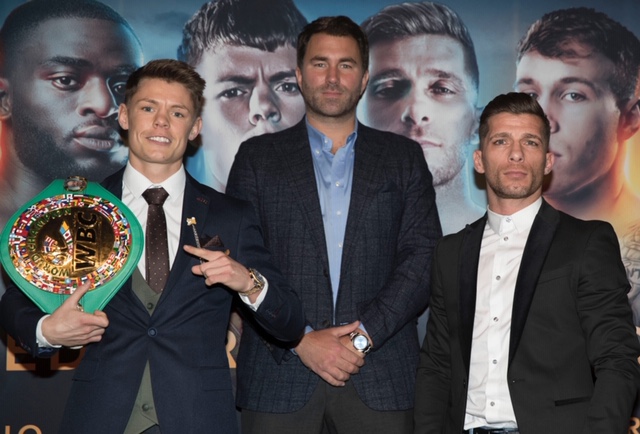 Moreno: I Will Be Spain’s Next World Champion

Angel Moreno has vowed to follow in the footsteps of his compatriots Kiko Martinez and Gabriel Campillo by becoming Spain’s next World Champion when he clashes with Charlie Edwards for the WBC Flyweight crown at London’s Copper Box Arena on March 23, live on Sky Sports in the UK and DAZN in the US.

Moreno, promoted by former Middleweight king Sergio Martinez, has only lost twice in a 23-fight career and has never been stopped. Hailing from Madrid, ‘Golden Boy’ has fought the majority of his career on home soil but insists he will not be intimidated by his former sparring partner’s home crowd.

“I am not going to London for a holiday,” said Moreno. “This is the opportunity of a lifetime for me. We know each other very well having sparred on two occasions in the past. We’ve shared many rounds together and I think he knows that I will be too strong for him on the night. If his team thinks that this fight will be an easy defence for Charlie, they are very wrong.

“I will follow the way of Sergio Garcia and Kerman Lejarraga. I’ve taken a lot of inspiration from my stablemate’s victory at The O2 last month and I’ll make Spain proud again when I lift the green belt above my head. Spanish boxing is in a very healthy position at the moment and it will be an honour to become my country’s next World Champion.

“I am not scared about the hostile atmosphere that will greet me in London. I have fought away from home in Ukraine and France, and I am a 36 years old man. I believe that my experience will show in the ring. I had plenty of notice for this fight and I’ve enjoyed the best and most productive training camp of my career. Do not be surprised when I beat Charlie.”

Edwards vs. Moreno tops a huge night of action at the Copper Box Arena.