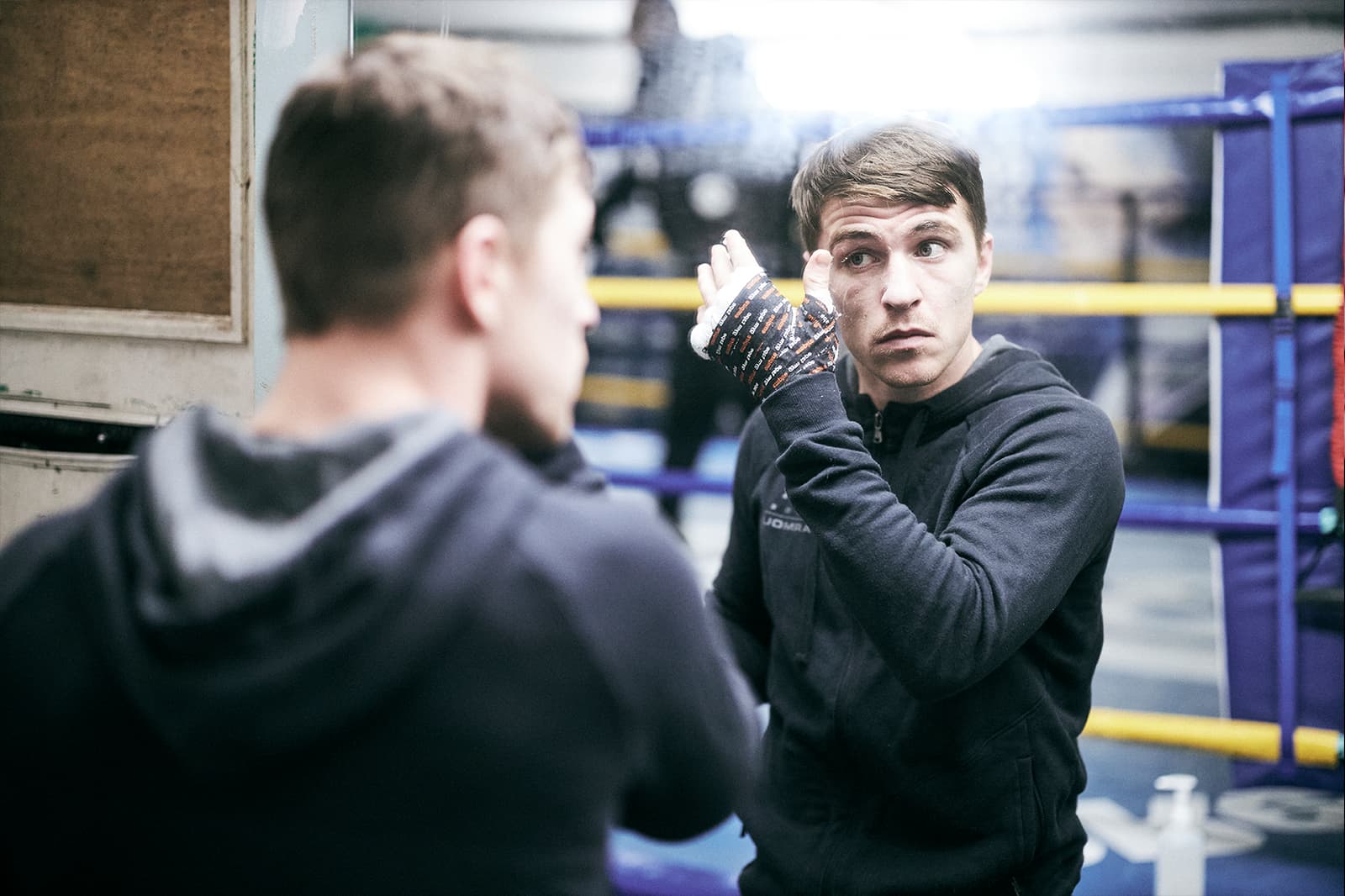 Mould – Wood’s career is over when I beat him

Yorkshireman stirs the pot ahead of British Title clash

Reece Mould has warned Leigh Wood that his career will be over if he loses their clash for the vacant British Featherweight Title on the Josh Warrington vs. Mauricio Lara undercard on Saturday February 13, live on Sky Sports in the UK and on DAZN in the U.S. and more than 200 countries and territories.

Mould, who trains alongside Featherweight kingpin Warrington, is hoping to announce himself on the big stage with a career-best win over Nottingham’s Wood, and the Sean O’Hagan-trained 26-year-old is confident that he will have an answer for whatever ‘Leigh-thal’ brings to the table.

“I don’t think he shows me any respect whatsoever,” said Mould. “I’m sure on February 13 I’ll get his respect. He’s a good fighter. You can’t take that away from him. You can’t take away what he’s done, but I believe I beat him at whatever he brings – whether it’s boxing or fighting. If he wants to stand in there and go toe-to-toe with me I’m willing to do that.

“It’s just how he talks about me, saying my opportunity has come too soon. I watched an interview with him saying it shouldn’t be me who’s mandatory, it should have been one of them who were fighting in the Golden Contract. I don’t care what he’s got to say, I’ll do whatever I need to do on February 13 and beat him.

“This is going to be my breakout fight. That’s what we’re looking to do. You could say that I’ve boxed under the radar even though I have been on a few Matchroom shows before. I’ve never had that pressure of Sky Sports on my back like a lot of these young fighters have. This fight is going to really put my name out there.

“All of the pressure is on Leigh Wood. He’s known and I’m not really known. I believe if I beat him it will be the end of his career, and he knows that deep down. When I beat him it’s the end of the road for him. I’ve got no pressure on my shoulders whatsoever.”