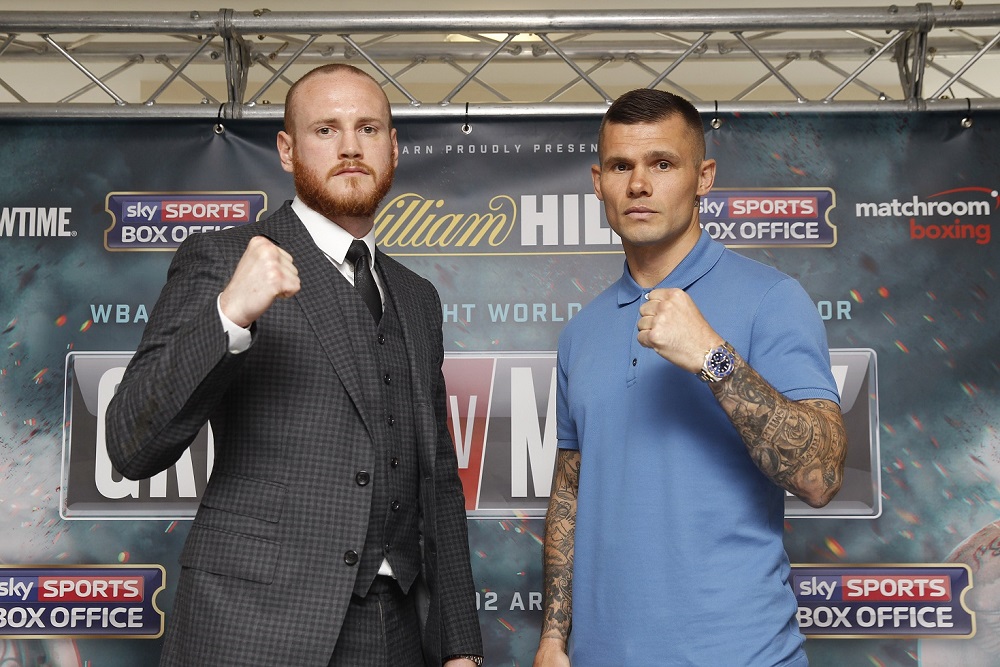 Martin Murray has warned George Groves he’s going to drag him into deep waters and make him crumble when they face-off in an eliminator for the WBA World Super-Middleweight title at The O2 on June 25, live on Sky Sports Box Office.

Murray and Groves meet in a huge domestic crossroads clash that puts the winner in line for a crack to land another World title shot, and for the St Helens ace, it’s the all-British showdown that he’s craved throughout his career.

Murray believes his stamina and work-rate will prove to be the difference in the bout against the Londoner and says he’ll force ‘Saint’ George to crumble late in the fight.

“I train for fights to go all the way and take my opponents into deep waters,” said Murray. “I’ve shown that I have got a good engine and can sustain a good work rate over 12 rounds. George has stamina issues, that’s well known, the fight favours me late on with him fading and my high work rate over 12 rounds, but it favours him early with his power and I know that, and it makes for an exciting fight.

“I have one of the best defences in world boxing, I’ve been in with better fighters than George who have not been able to get rid of me and I am that confident in this fight that the only way he can beat me is if I lose concentration and get caught with something stupid early.

“He was clinically beaten by Carl Froch and those defeats took a lot out of him. He hasn’t had a fight that hard since and on June 25 he’s going to be in a real fight. When it gets hard for him, psychologically it’s going to be tough. I will break him and he will crumble.”

Murray and Groves clash on a huge night of boxing at The O2, as Anthony Joshua MBE defends his IBF World Heavyweight title against unbeaten American Dominic Breazeale.