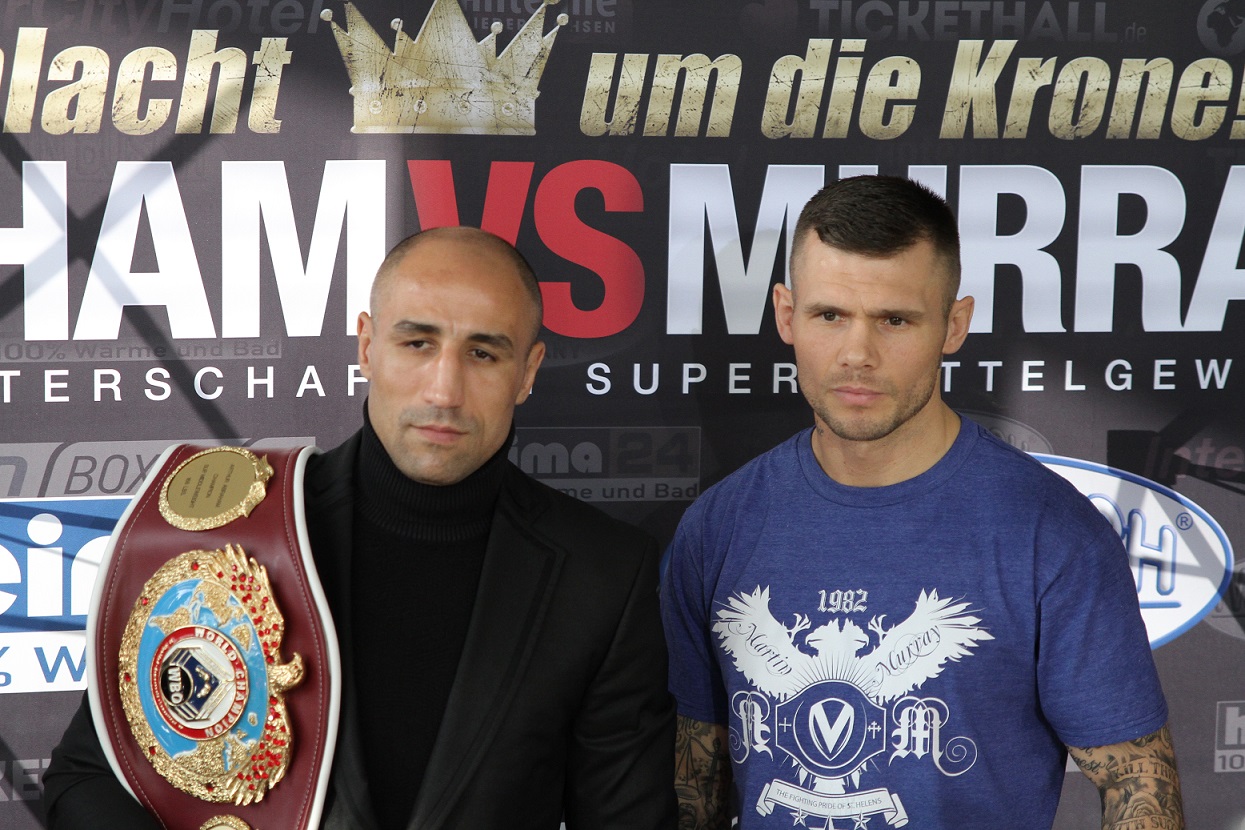 Murray: The Timing Is Right To Break World Title Jinx

Martin Murray says that he’ll end his wait to become World champion when he challenges Arthur Abraham for the WBO World Super-Middleweight title at the TUI Arena in Hannover, Germany on Saturday night, live on Sky Sports.

Murray takes on Abraham in his fourth World title clash having controversially drawn against Felix Sturm in Mannheim in 2011, a loss to Sergio Martinez in Argentina in 2013 after flooring the hometown favourite and a brave challenge to Gennady Golovkin in February for World titles.

Crucially for Murray, those fights were down at Middleweight, but now he is up at 168lbs for his latest crack at the top prize, and the 33 year old believes everything will finally fall into place on Saturday night.

“Abraham is a great champion and I’m expecting a tough fight but I just feel that the timing is right for me,’’ said Murray. “I think my first World title fight against Sturm may have come a little bit too early. I jumped straight from domestic to World level, so even though there was an argument to say I won that fight, I think it came to soon for me.

“Against Martinez, I knew I could win but going into the fight there were still some doubts. Whereas this time, I know I have it within me to win. I’ve got the ring experience, I’ve got the knowhow, and I really feel, despite being in Germany, I’m going to get a fair crack of the whip.

“We’ve been studying Arthur carefully and I believe I’ve got him beat. He is a great fighter, but he’s not changed his style in years, and in my opinion, he’s not evolved. It’s going to be a tough fight but I know it is well within me to win. I won’t be leaving Germany without the title.”

Abraham defends his title for the third time this year and the second time against an Englishman having defeated Paul Smith on points in their rematch in February, and the champion has put in the hard graft to ensure he holds onto the title to target a unification bout in 2016.

“This has been one of the toughest camps of my career,” said Abraham. “My coach Ulli Wegner and his assistant Georg Bramowski have pushed me to my limits. It’s been brutal at times, but it will all be worthwhile when my hand is raised on Saturday night. Martin is a good boxer and I expect him to give me a hard fight, but there is no way he is taking my title.”

Murray’s challenge against Abraham is part of a World title double-header on Sky Sports, as Anthony Crolla welcomes Darleys Perez back to Manchester for their rematch for the Colombian’s WBA World Lightweight title.