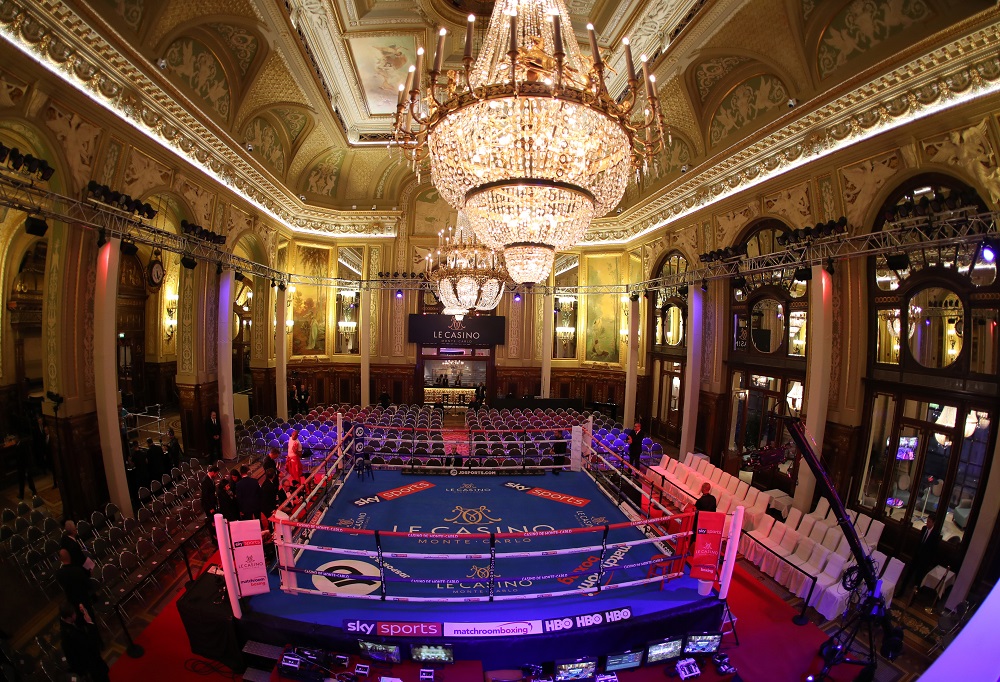 Matchroom Boxing return to Monaco after two thrilling November nights of action in the Principality, with Stephen Smith and Jamie McDonnell involved in a pair of true wars in World title fights against Jason Sosa and Liborio Solis in 2016 in Hearn’s first bill in Monaco.

Dmitry Bivol was the star of the 2017 show as he provided one of the KO’s of the year in destroying Trent Broadhurst inside a round of his first WBA World Light-Heavyweight title defence. Scott Quigg starred with a sixth round KO of Oleg Yefimovich, McDonnell and Solis met in a rematch and European Heavyweight champion Agit Kabayel saw off Dereck Chisora.

“Monte-Carlo Boxing Bonanza is quickly becoming one of the most hotly anticipated and important nights in the world boxing calendar,” said Hearn. “Our first two events in Monte-Carlo have been fantastic and we will be working hard to put together another huge night of World title action with some of the biggest names in the sport taking centre-stage in the stunning Casino de Monte-Carlo.”

“The Casino de Monte-Carlo is thrilled to welcome the Monte-Carlo Boxing Bonanza in its iconic private gaming room and to take an active part in the organization of this international event,” said Pascal Camia, Executive Vice President, Gaming Operations. “This outstanding tournament contributes in positioning Casino de Monte-Carlo as a stunning place for extraordinary events.”

Announcements on the line-up and the ticket details for November 24 will be made in the summer.