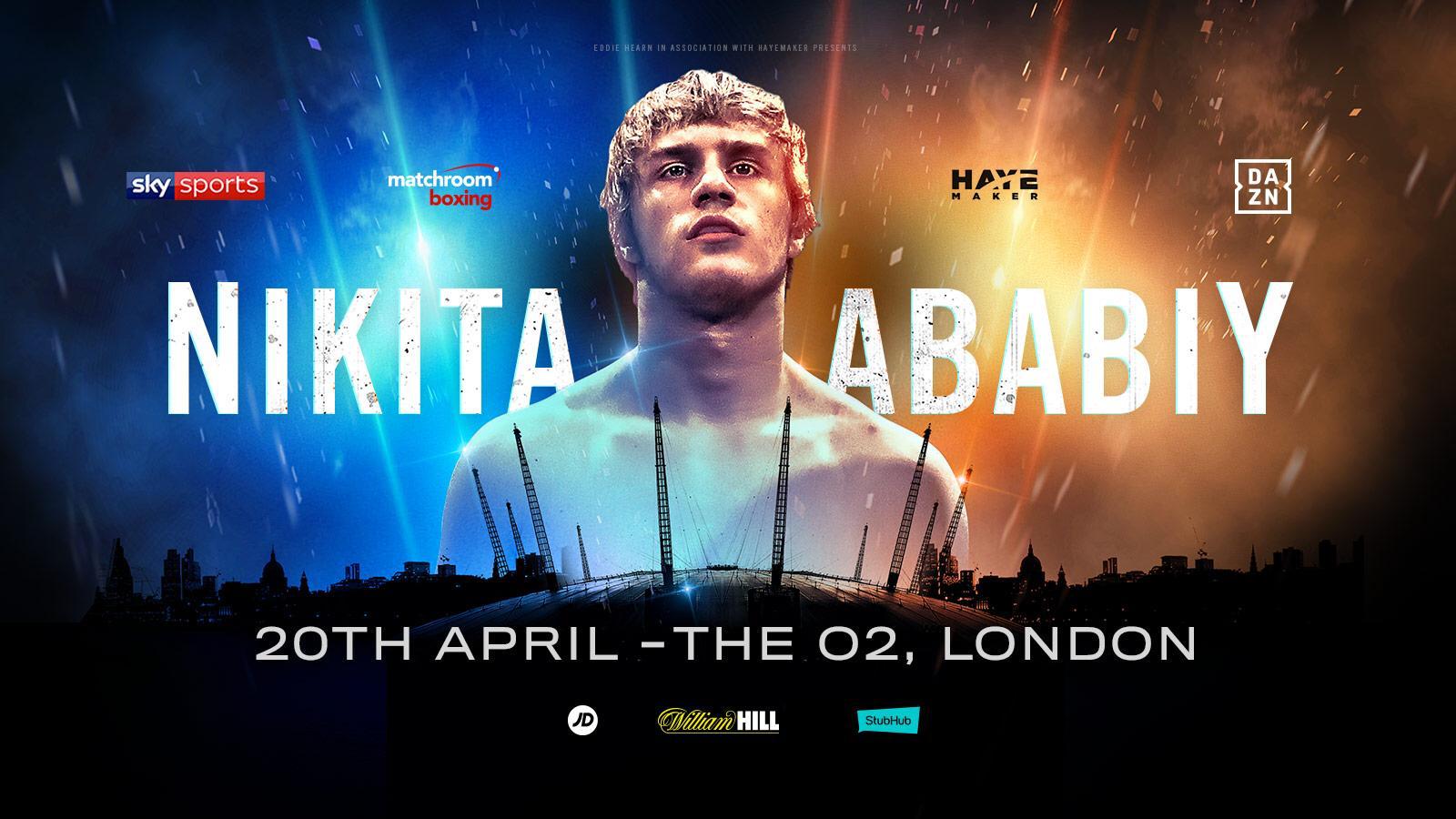 Nikita Ababiy To Make Uk Debut At The O2

Nikita Ababiy will make his UK debut at The O2 in London on April 20 on the undercard of Dave Allen’s showdown with former WBA Heavyweight World Champion Lucas Browne and Derek Chisora’s clash with Senad Gashi, shown live on Sky Sports in the UK and DAZN in the US.

The 20-year-old Brooklyn talent known as ‘White Chocolate’ has made a perfect start to life in the paid ranks, winning his first three fights by first round knockout. A former Team USA star, Ababiy doesn’t want to waste any time on his quest to become a World Champion and is aiming for another big knockout in the Capital.

“I’m excited to fight in front of the British fans on April 20,” said Ababiy. “I want to become a global star and a Middleweight World Champion over the next few years. I’d like to thank my manager Keith Connolly, Eddie Hearn and Matchroom Boxing for the massive opportunity. I’m looking for a sensational knockout to show the fans in England that I’m a future superstar.”

“Nikita has been electric since he turned pro with 3 devastating first round knockouts in his opening 3 fights,” said Eddie Hearn. “I believe we have by far the most exciting young talent Worldwide and it’s important they get the experience and profile of boxing in key markets around the World. It’s also great for UK fight fans that they get to see fighters like Nikita up close as they begin their journey. I expect him to light up The O2 on April 20.”

Ababiy makes his UK debut on a huge night of boxing in the Capital.

Sunderland’s ‘Pretty Boy’ Josh Kelly (8-0, 6 KOs) takes on the toughest opponent of his career to date in the form of unbeaten 17-0 Pole Przemyslaw Runowski and Ilford Welterweight Conor Benn (13-0, 9 KOs) makes his long-awaited return to the ring following a hand injury that kept him out of action since his first title win over Cedrick Peynaud in July, with Watford Bantamweight Shannon Courtenay fighting for the second time after winning on her pro debut at the Copper Box Arena last month.