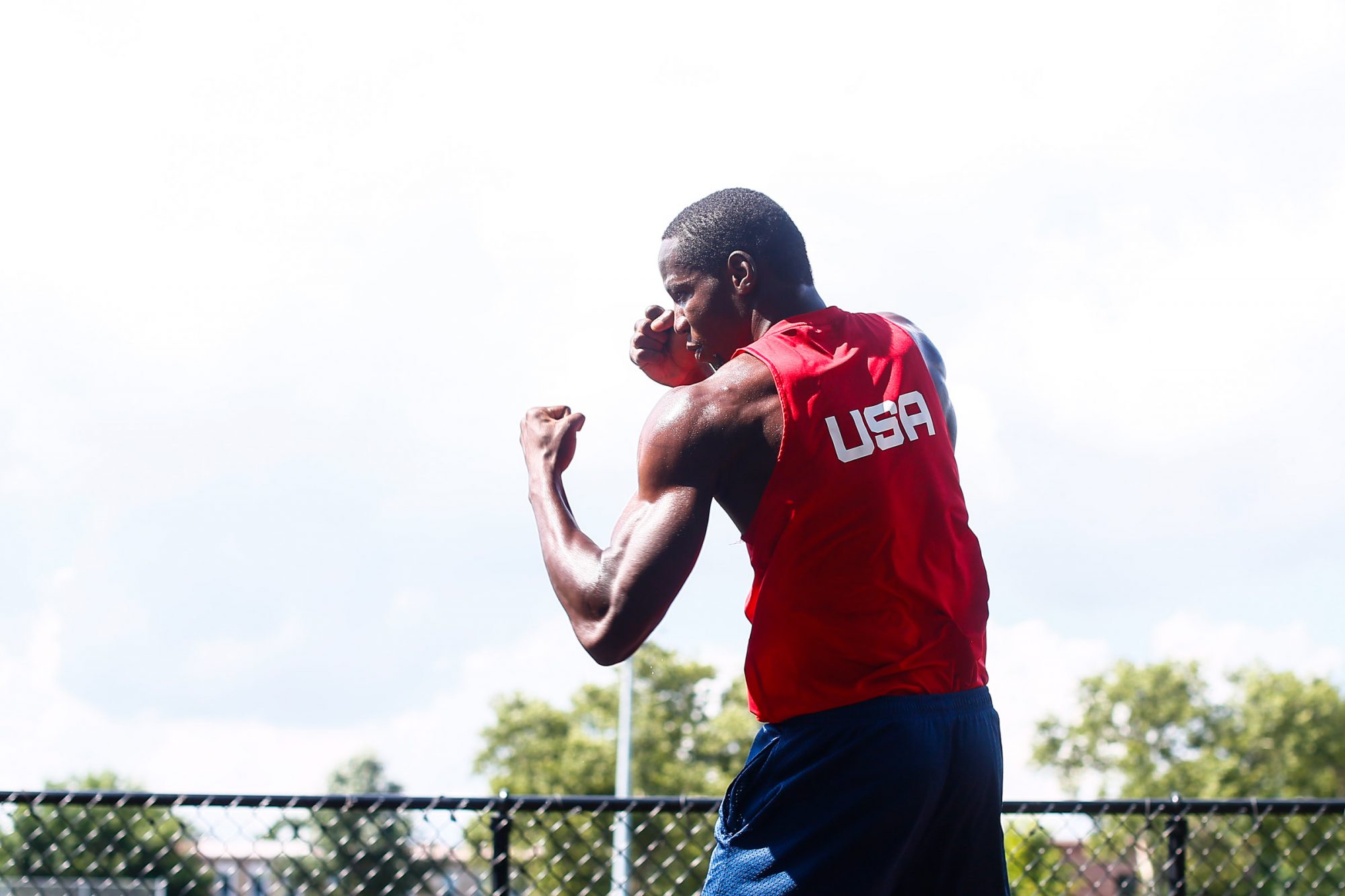 Nkosi Solomon will make his professional debut in the first Matchroom Boxing USA show live on DAZN at the Wintrust Arena in Chicago on October 6.

The 23 year old amateur star from Brownsville, Brooklyn is billed as a future star in the Heavyweight division by promoter Eddie Hearn, and the former Team USA man and number one amateur in the States is thrilled to be joining the paid ranks in the Windy City on a stellar undercard to Jessie Vargas’ clash with Thomas Dulorme.

“My dream is right in front of me, right there, I just have to grab it,” said Solomon. “Nkosi Solomon is the only and greatest challenge I have to overcome when it comes to this boxing thing.

“I’m conquering my mind because once I do that, nobody, and I mean nobody in this world, can stop me.

“I have a dream to accomplish and I’ll be damned if I am going to let another man get in there and have his will beat my will.

“It’s a surreal feeling. I’ve been chasing this dream for so long, to become the undisputed Heavyweight champion of the world, as you get steps closer it feels amazing. The support I’ve had already is amazing and I just cannot wait to get started in Chicago and show what I’ve got.

“The talent in the gym allows me to be better as a man and a fighter. I’ve been in there for five years and I’ve been working hard every day.

“I’ve got an educated style – I’m a boxer-puncher, I want to be out there being smart and using my mind, don’t get me wrong, I like to fight, but the point of this game is to hit and not get hit – but I will be exciting to watch, believe me.”

Solomon will take his spot under the bright lights as Matchroom Boxing USA and DAZN usher in a new era in boxing in America.

Solomon’s fellow Brooklynite Jarrell Miller is right in the mix for the big fights in the Heavyweight division and he takes on Poland’s Tomasz Adamek, the former two-weight World champion who picked up and defended the Polish title in his last two fights in his homeland.