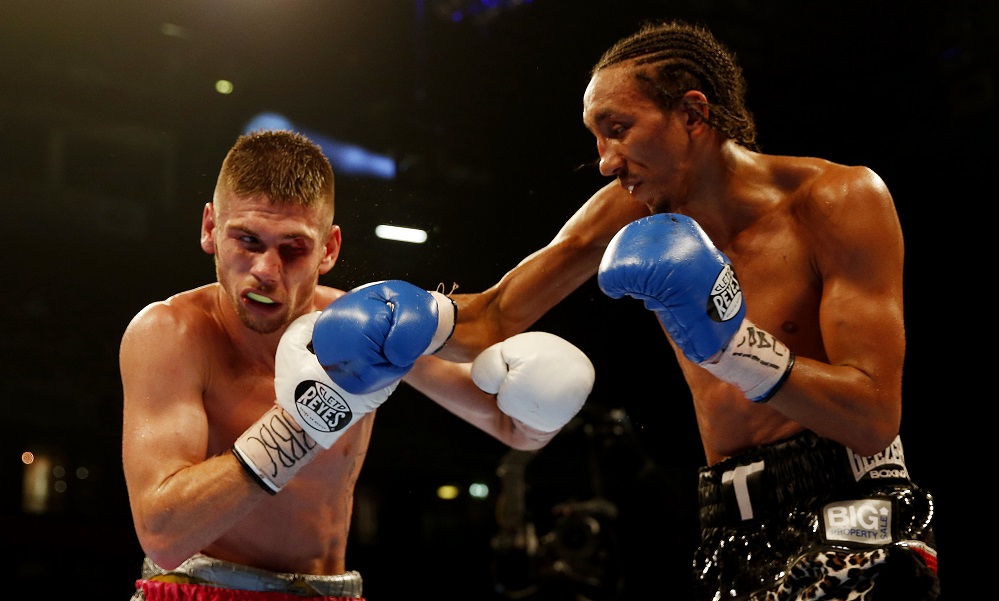 Tyrone Nurse says he won the first meeting with Chris Jenkins for the vacant British Super-Lightweight title – and will leave the result in no doubt when they meet again on Saturday at the Manchester Arena live on Sky Sports.

Nurse and Jenkins shared a majority draw for the title in the same arena in July, but the Huddersfield man believes he ran away with the fight at the end. One judge handed the contest to him by five rounds with the other two calling it even, and while Nurse agrees with Jenkins that the 117-112 was too wide, the 25 year old expects to claim the win on Saturday and take over the 135lbs division in Britain.

“Having watched it back, and on the night as well, I felt that I had won by a couple of rounds,” said Nurse. “Watching it back I am more than certain that I won by a good three or four rounds. Down the stretch I probably had it even eight or nine rounds in and after that I thought I won the last few rounds. But that is life and there’s not much you can do about that, it is what it is and we have the rematch and I will do a better job this time.

“The outcome will be different on Saturday – I am winning this time. It all depends on what Chris comes with this time tactics wise; is he going to come with the same game plan but be fitter, I don’t think he can get any fitter than he was.

“Some of the rounds he might not be landing much but he was working and that is down to my style at times; a few people have said that because I was that comfortable I was making it look like I wasn’t doing anything but that is for us to make changes. I can see why some of the judges had it close but I am I own biggest critic and I thought I would.

“I think five points might have been a touch wide to be honest but I thought I won by three or four rounds. Some of the rounds were very close and maybe you could have had it that wide; it is an opinion-based sport when it comes to judging rounds.

“I can’t imagine him thinking he can outbox me on the back foot but at the same time that doesn’t mean he won’t try and come out and try and outbox me. He was catching me with jabs when I was switching off and that is what might be their game plan. The fight will all depend on what tactics they employ. We have our own game plan to suit each different style of fight he brings.

“Going into last fight his team were probably fairly confident that I was going to be much of a fight for him. People in boxing thought that Chris was the next big thing in the division and I prove that wasn’t the case. Maybe the surprise as to him knowing that and in terms of knowing the level of ability might be gone but maybe our game plan might be a surprise.

“I’m always hungry when I get into the ring. I’m always hungry for the victory, that is all goes through my mind and I’ve always said that there is nothing worse than a draw in my head and I’m going to go and correct that.”

Nurse and Jenkins clash on a stacked bill in Manchester topped by the rematch between hometown favourite Anthony Crolla and Darleys Perez for the Colombian’s WBA World Lightweight title.