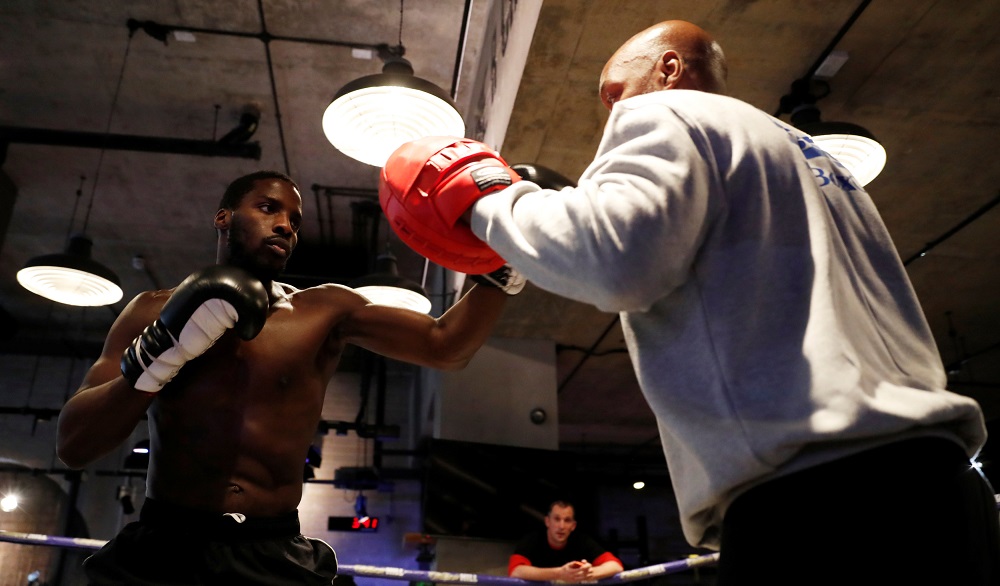 Lawrence Okolie will face Luke Watkins for the Commonwealth and WBA Continental Cruiserweight titles on a stacked line-up for the latest instalment of the JDNXTGEN series at York Hall, Bethnal Green on Wednesday June 6, live on Sky Sports.

Okolie landed the WBA belt in his grudge match with Isaac Chamberlain at the start of the year in front of a huge crowd at The O2 in February, flooring the Brixton man twice in his first title fight and first over a championship distance.

The unbeaten Team GB Rio Olympian now looks to add a second title to his collection in just his ninth pro outing but faces a stiff task in the face of Swindon ace Watkins.

The 28 year old landed his title with a sixth round KO win over Robin Dupre at the east London boxing mecca in October before extending his own unblemished record to 13-0 in Leicester in December with a ninth win inside the distance over Mike Stafford – and both men expect to keep add the other man’s title in a York Hall classic.

“I’m very excited to be challenging for the Commonwealth title,” said Okolie. “I’ve got one belt to my name and I want to keep on collecting honours, this is the next step.

“I’ll be honest – Watkins looks good. I’ve studied him a bit recently and you have to be respectful of his unbeaten record and style. He’s had more knockouts than I’ve had fights, we’re two unbeaten fighters putting it on the line.

“The Commonwealth title is something I visualised winning even back as an amateur. To win it in a Commonwealth Games year cycle would make it even more special.  The atmosphere at York Hall will be mad, I think it will help make it a toe to toe war as the fans are right on top of you – it should make for a great night of boxing.”

“I’ll bring people to London, so expect some noise,” said Watkins. “Lawrence has some pedigree but he hasn’t showcased his ability yet, we didn’t see the best of him against Isaac but he got the win.

“They had a great build up but their styles clashed, our styles will ignite and make for a cracking fight I’m sure of it. I was supposed to have a fight in March but the freak weather caused the show to be cancelled. I’ve been deep in camp since so I’m more than prepared and will continue to work towards this.

“I was in line to fight for the European title but we let that one go, it makes business sense to pursue this one against Lawrence.”

There’s a stacked card in support of the main event, with a second pro outing for Kazakhstan Olympic Gold medal hero Daniyar Yeleussinov amongst the highlights. The Rio Games star made a stunning start to life in the paid ranks with a third round KO on his debut in Brooklyn at the weekend, and British fight fans will get the chance of an intimate view of a future superstar.

Powerhouse Reece Bellotti threatens steals the show every time he is in action, and he defends his Commonwealth Featherweight title against ‘Ruthless’ Ryan Doyle, while young unbeaten talents Ted Cheeseman and Felix Cash fight for the second time in 2018.

Tickets go on sale at midday tomorrow (May 3) to Matchroom Fight Pass members and general sale at midday on Friday May 4 priced £40, £70 and £150 VIP and are available from www.stubhub.co.uk