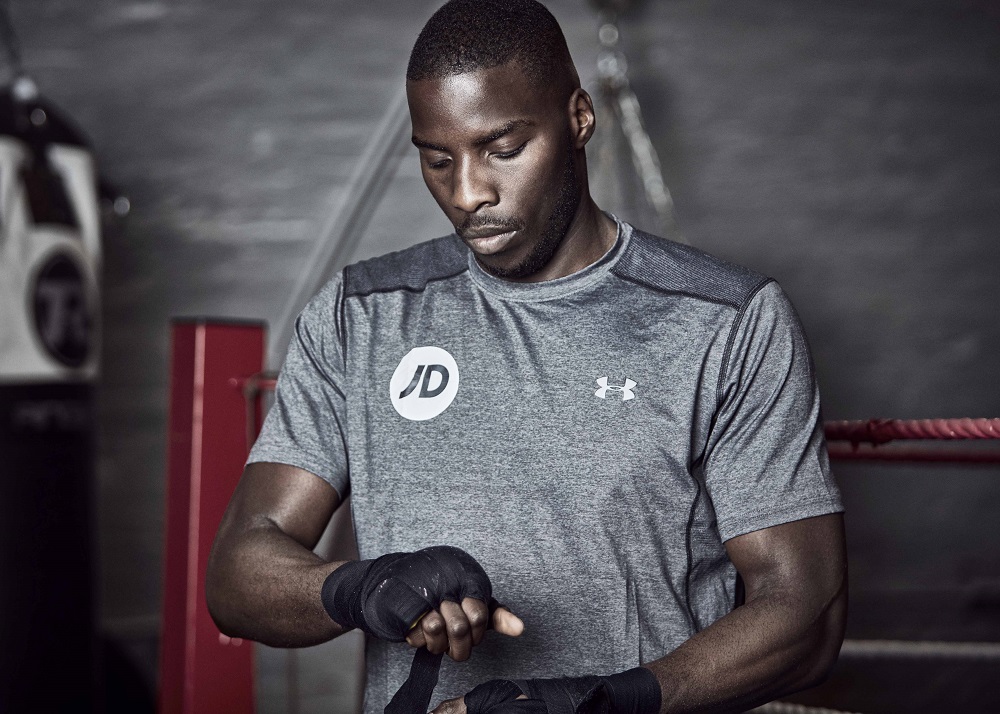 Lawrence Okolie will make his pro debut against Russell Henshaw at the Manchester Arena on March 25, live on Sky Sports.

Okolie was the first of the 2016 Team GB Olympians to turn professional and becomes the first to taste action in the paid ranks on the undercard of Anthony Crolla’s blockbuster World Lightweight unification rematch with Jorge Linares.

The 24 year old Cruiserweight talent, who recently announced an exclusive sponsorship deal with JD Sports, faces a stiff test on his first night under the bright lights in the form of Derbyshire’s Henshaw, but Okolie is happy to dive into the deep end in his first pro outing as he looks to back up his claims that he can become Britain’s best ever Cruiserweight.

“Everyone is excited to see how I do – and I am too,” said Okolie. “I believe that I can do the business but I am stepping into the unknown, it’s really exciting. It’s a great bill to start on and Russell is a really good test for my debut.

“I’m really happy that there’s so much interest in me and my Olympic teammates. We handled a lot of pressure in Rio and to qualify for it – you know that if you lose in the qualifiers you aren’t going to get to go to the games and then when you are there, you know that millions of people are watching you. So I’ve learnt how to deal with handling the weight of expectation and still performing to the best of my abilities, and that’s going to stand me in good stead in the pros.

“I want to dominate the division. I’m not afraid to let the other Cruiserweights know that I’m here and I am coming for them. I have all the physical and mental attributes to achieve it, I just have to get the experience and the real belief – not self-belief because I have that – but real belief from getting out there and getting in with someone that has trained to beat you, they’re hitting you with 10oz gloves, that’s when I’ll learn a lot about myself and get that real belief that I can go on to do great things.”

Okolie’s debut is part of a huge night of action in Manchester, topped by Linares and Crolla going toe-to-toe for the second time.