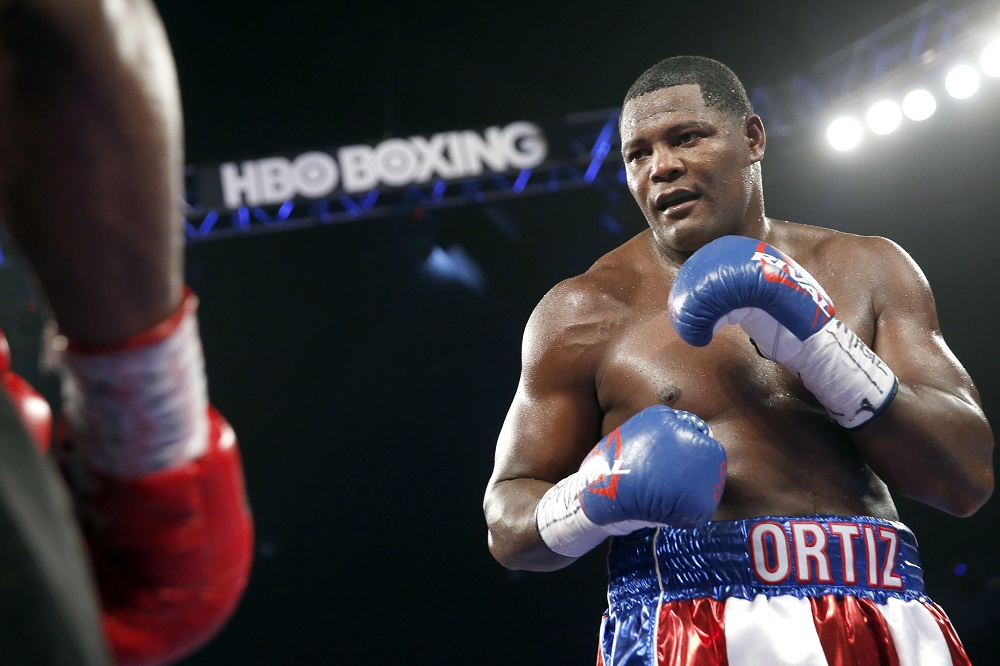 Luis Ortiz says he’ll rule the Heavyweight division in 2017 as he prepares to take on Malik Scott in Monte-Carlo on Saturday night, live on Sky Sports in the UK and on HBO in the US.

Ortiz is one of the most feared fighters on the planet and has blasted away 22 of his 25 opponents inside the distance, with the vicious Cuban’s last two outings underlining his fearsome reputation as dismissed Bryant Jennings in seven rounds to land the interim WBA crown in December and then destroyed Tony Thompson in six rounds in March.

‘King Kong’ is hunting down World honours and makes his European debut against Scott his first fight under the Matchroom banner and the 37 year old monster revealed his excitement at his upcoming schedule.

The Heavyweight division was thrown wide open when Tyson Fury ended the long-standing reign of lineal champion Wladimir Klitschko in Germany in November 2015. A slated rematch between the pair failed to happen though and with Fury now out of commission as he deals with personal issues outside the ring, the throne sits vacant waiting for a new king to emerge – and Ortiz believes he’s the man to beat the likes of Anthony Joshua MBE, Deontay Wilder and Klitschko and rule the world.

“I want to fight the very best and I want to be the Heavyweight champion of the world,” said Ortiz. “I’m willing to fight anyone, any champion, any place, any time. I’m ready for anyone: Joshua, Wilder, Klitschko. I know I can beat all of them.

“I feel I have been at my peak for many years now. I have simply been late arriving on the US Heavyweight boxing scene. I have been fighting since I was in elementary school. Boxing is a very, very deep passion of mine.

“Now, it is a way to give my family a better future, and I tell you, no one will stand in my way of accomplishing this. In my eyes, I am the Heavyweight champion of the world and if anyone, any other champion, is willing to challenge me, to face me, I can and will prove it.

“I think Fury was able to shake up the Heavyweight division and because of him, the division is now one of the most exciting divisions to watch! I just want to get the opportunity to face him, or Wilder, to prove I am a champion as well.”

Scott’s clash with Ortiz is part of a huge night of action in Monte-Carlo as WBA World Bantamweight king Jamie McDonnell defends his crown against Liberio Solis. It’s the fifth defence for the Doncaster ace, who followed his stoppage win over Javier Chacon with a pair of impressive wins over Tomoki Kameda in Texas last year and stopped Fernando Vargas in nine rounds at The O2 in London this April.
Stephen Smith has a second World title crack, challenging WBA Super-Featherweight kingpin Jason Sosa. Smith travelled to Connecticut to meet IBF ruler Jose Pedraza in April in his first outing for a World belt, and recovered from that points loss with a commanding win over Daniel Brizuela in his hometown of Liverpool a month later. Puerto Rican-American Sosa defends his strap for the first time having ripped the crown from Javier Fortuna in Beijing in June.
Martin Murray is targeting World title action in 2017 but faces a stiff test in the shape of former interim WBA Middleweight champion Dmitry Chudinov.
INFORMATION AND RESERVATIONS
Tickets from 100€