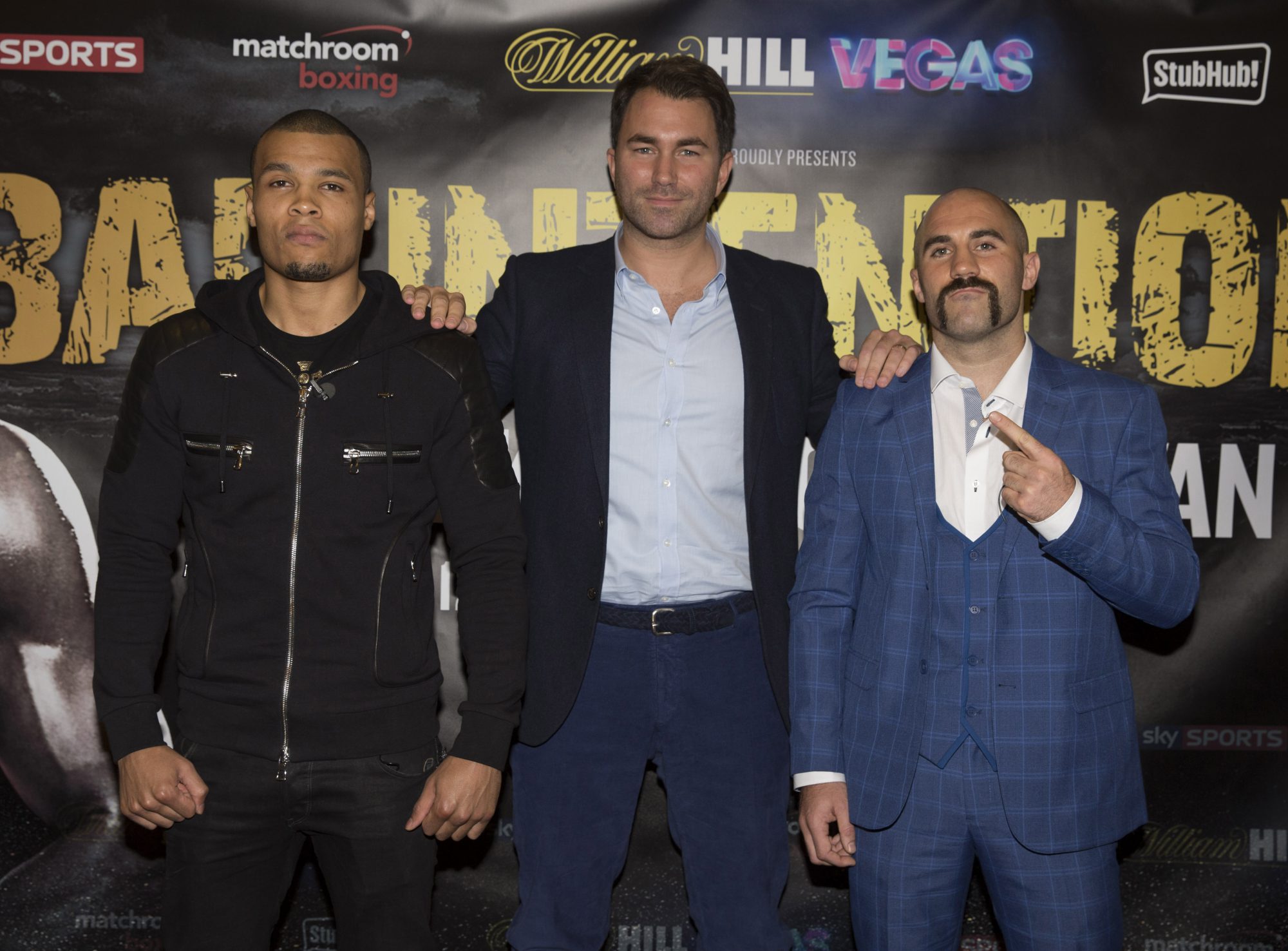 Spike O’Sullivan says Chris Eubank Jr.’s father has abandoned him ahead of their WBA World Middleweight title eliminator at The O2 in London on December 12, live on Sky Sports Box Office.

Eubank Sr. – now known as English – missed the first press conference for the fight as he went to Australia to start filming ‘I’m A Celebrity…Get Me Out Of Here’, and should the former two-weight World champion last in the jungle until the final show on Sunday December 6, the highly-rated Brighton talent has not had his father and mentor around for almost a month leading up to his crunch clash.

Irishman O’Sullivan believes that English has chosen the reality TV show over the biggest fight of his son’s career, and that will be a costly mistake when they meet next weekend.

“The fact is, his Dad chose to go the chance to go to the jungle and eat animal genitals over being here with his son,” said O’Sullivan. “I think it has been to Junior’s detriment that his father is not been here for the build-up. He’s not used to being without his old man – I think he’s a lost little child without him and when we get in the ring it will be something similar.

“He’s starting to sound like his old man. He’s becoming more eccentric day by day and 99 per cent of what comes out of Chris’ mouth is absolute rubbish, he’s deluded. His father has deserted him yet again, he doesn’t give a damn about him. He’s prepared to put him in the ring and doesn’t care what happens to him as long as he makes money. It’s sad to see.”

O’Sullivan’s clash with Eubank Jr. is part of a huge night of action at The O2, topped by Anthony Joshua MBE taking on bitter rival Dillian Whyte for the British and Commonwealth Heavyweight titles.