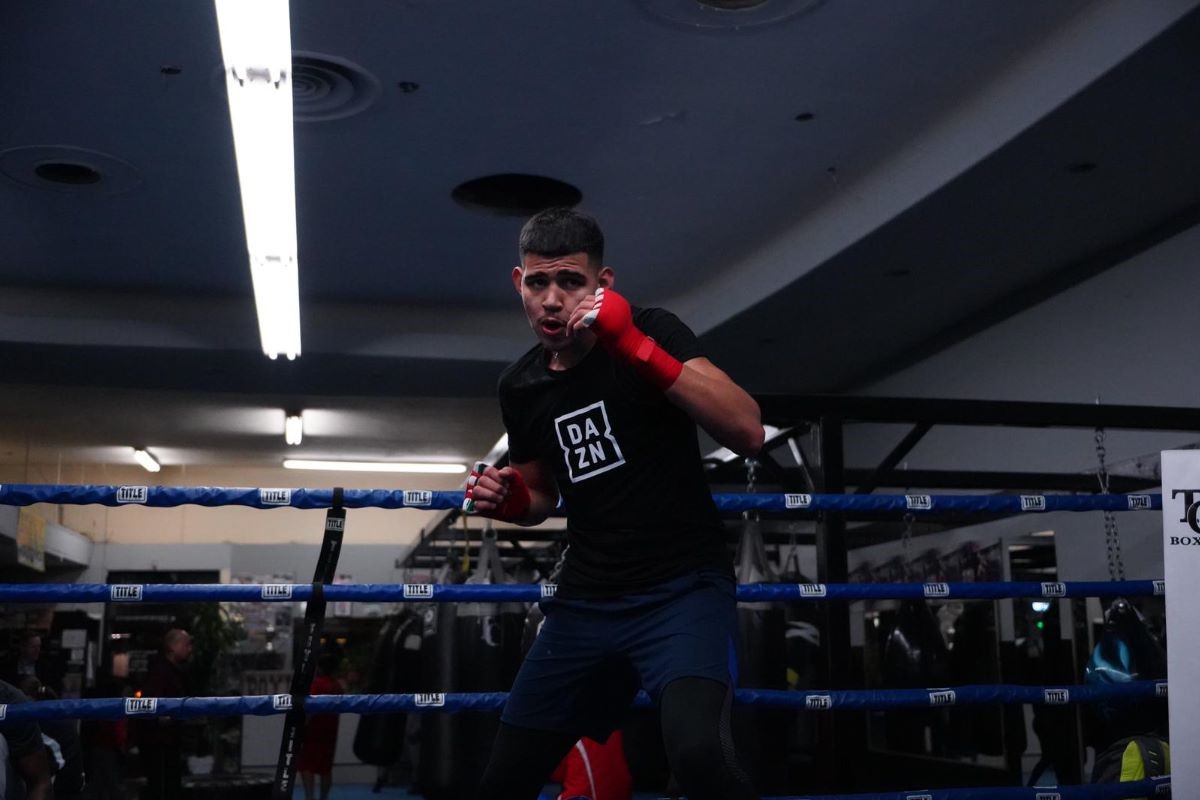 Pacheco: I Will Reach The Top But Won’t Be Rushed

Diego Pacheco is relishing a busy year in the pros as he fights for the second time in the paid ranks at the Auditorio Municipal Fausto Gutierrez in Tijuana, Mexico on Saturday night, live on DAZN in the US and Sky Sports in the UK.

Pacheco made his pro debut in style at the same venue in December, stopping Luis Gonzalez inside the opening round to give an early glimpse of his massive promise.

The rangy 17 year old left the amateur scene with a glut of titles to his name and the number one rated Middleweight in America and Mexico, and the Los Angeles starlet is looking to get more rounds and experience under his belt as he enters his first full year as a pro.

“I’m excited to get back out so soon,” said Pacheco, who faces Alberto Aguilar (1-0 1KO). “Since the amateurs I’ve been fighting in Tijuana, and it feels great to get back there for my second pro fight.

“I love being at home. I’ve been at camps in other places but it doesn’t feel the same. I can go home and I just rest.

“The debut was a really good experience. It was nothing like I expected, turning from amateur to pro, but it was a great experience and I can’t wait to do it again.

“In my first fight I felt like was a little nervous, so I felt like I was holding back a little bit, this fight I want to let my hands go a little more. It was towards the end of the round where I started letting my hands go, and that’s where I hit him and dropped him.

“I’m tall and I have long reach so I like to keep my distance, but I also like to walk them down. Everyone’s told me I hit pretty hard. I feel like I’m a power puncher, but I stay within a distance. I don’t like to smother myself.

“By the end of this year, I just want to get as much experience as I can. I’m only 17 so there’s no rush. Personally, I have a lot of guys that I want to get. I just want to put a good few first fights in and just take over when the time is right, I have a great team around me and we won’t be rushed.”

Pacheco’s second outing as a pro is part of a huge night of action in Mexico as Brandon Rios and Humberto Soto clash in an all-Mexican affair, in association with Zanfer and Paco Presents.

There’s a stacked undercard in support of the main event, led by the rematch between Jose ‘Gallito’ Quiniro (20-2-3 9KOs) and Joel Cordoba (7-4-2 1KO). The Mexicans shared a draw in a Christmas cracker in December and will return to the same venue as that clash to find a winner this time.

Alexis Espino makes his professional debut on the card, with the 19 year old Las Vegas native and decorated amateur itching to get life in the pro game underway on a proud night for his Mexican family.