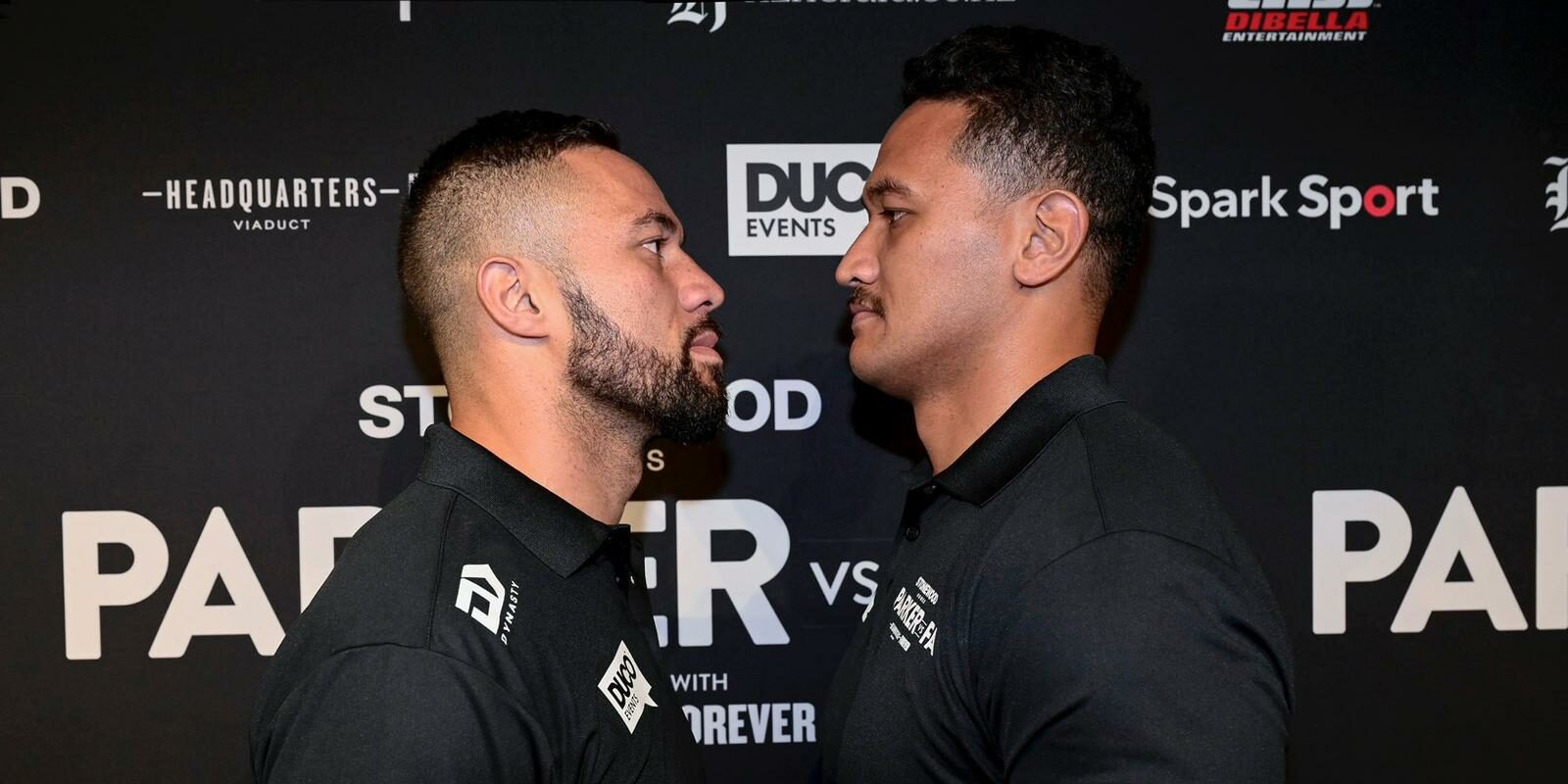 Parker: I want to make a statement at Spark Arena

Parker (27-2, 21 KOs) returns to Spark Arena for the first time since claiming the WBO Heavyweight Championship against Mexico’s Andy Ruiz Jr just over four years ago.

Three consecutive knockout wins have rebuilt the South Aucklander’s World Title aspirations since back-to-back losses to Anthony Joshua and Dillian Whyte, and Parker hopes these wins have kick-started his route back to the top of the ladder.

But first, he needs to settle the 11-year old rivalry with his long time amateur nemesis, Junior Fa. With two wins a piece from their amateur boxing days, Parker knows he’s one step away from potential fights back among the Heavyweight elite, but he cannot take Fa for granted.

“Junior’s a tough fighter,” said Parker. “I’ve known this from our amateur days and I always knew our paths would cross again. He’s undefeated and poses a real threat to my hopes of becoming a two-time Heavyweight World Champion.

"If I let my hands go in there, it will do a lot of damage"

“But I’ve been up against the best and I’ve performed on the big occasions, and these experiences will put me in a great position to overcome Junior and take the next step towards winning another World Title.”

Ranked at No.3 in the world by the WBO, a fourth consecutive win will see Parker knocking on the door for another World Title shot.

Back at the place that arguably hosts Parker’s most memorable moment of his career, he knows everything is on the line. The Samoan is fighting for his pride, his future and to finally settle the score with Fa once and for all.

“It’s been a long training camp, but I feel like I’m firing on all cylinders,” added Parker. “The sparring has been quality to help me prepare. With Matchroom’s blessing and backing, this gives the fight more worldwide exposure. All eyes will be on during a busy boxing weekend around the globe.

“I know Junior pulled out of the fight last year with health issues, but I’m feeling way better myself as well, the extra time allowed me to have minor surgery on my elbow which has cleared up a niggling injury.

“Junior is getting a lot of confidence from the amateur days but I’m a totally different animal now. We’re going to see the best Junior Fa. He brings height, reach and an undefeated record.

“If I lose this fight, it’s a long way back to the top. I’m not putting extra pressure on myself, but I know the magnitude of this fight. If I let my hands go in there, it will do a lot of damage, I want to get him out of there.

“I’m still young and hungry. There’s plenty of goals to achieve still. I want to be Champion of the World again; I want to provide my family with a comfortable life. To achieve both of those objectives, I need to beat Junior.

“The division is on fire at the minute, it would be great to see the Undisputed fight with ‘AJ’ and Fury but make no mistake, I want another shot. I’m not shy about jumping in with anyone, but I can’t overlook Junior first of all, I want to make a statement at Spark Arena.”