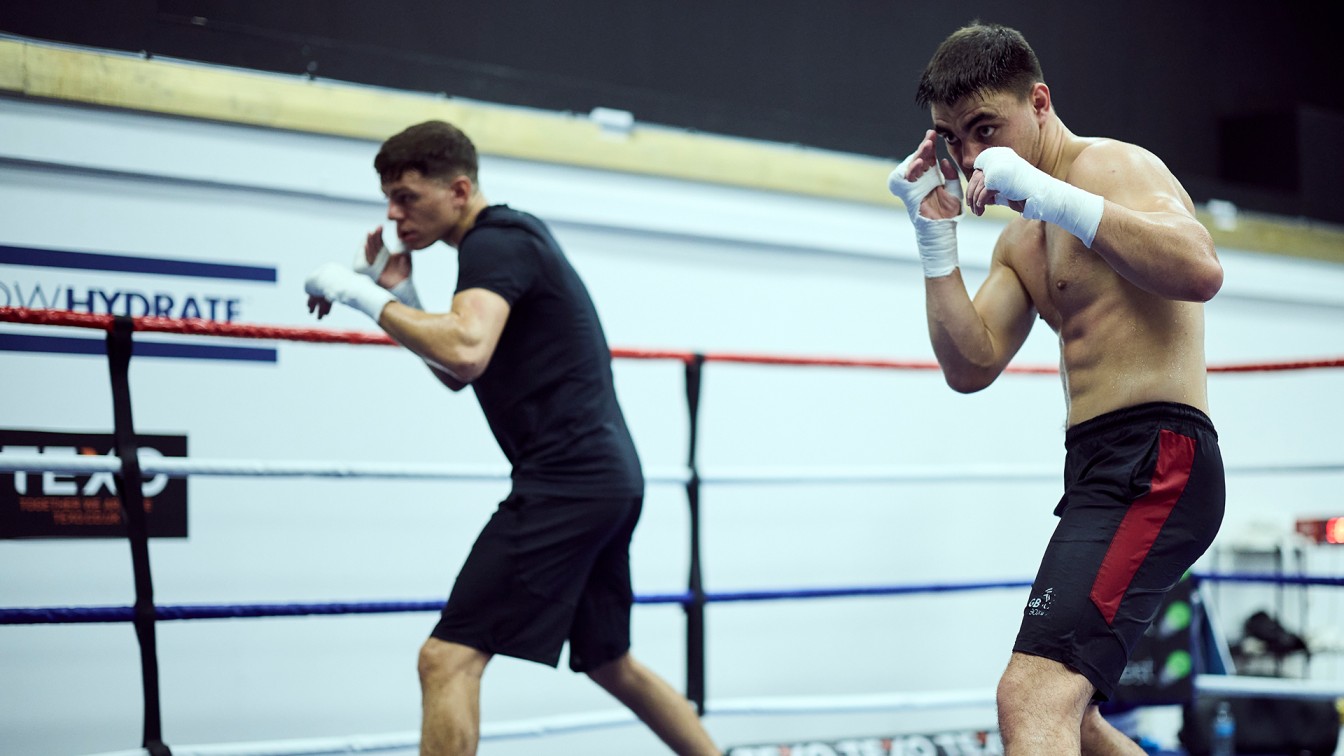 McCormack (2-0, 2 KOs) enjoyed a glittering amateur career, culminating in Olympic silver in the Welterweight division. Before that, the 27-year-old from Sunderland won a gold medal at the 2018 Commonwealth Games on the Gold Coast and a gold medal at the 2019 European Games in Minsk. The former Team GB ace has two knockout wins from two fights since turning professional with Ben Davison earlier this year. .

Durham’s Dickinson (3-0, 1 KO) made waves in the amateurs, representing Team GB on a number of occasions and earning gold at the European and Commonwealth Youth Games. The 23-year-old has made a perfect start to life in the paid ranks since turning over in October 2021, picking up three wins from three fights in the Middleweight division under the tutelage of Davison.

“I believe with the backing of Matchroom Boxing and DAZN I’m in the perfect place to be able to fulfil my potential,” said McCormack. “I’m looking forward to this exciting journey and truly believe I have what it takes to become a World Champion. There is nobody better to work alongside in boxing and I know that Matchroom and Eddie will promote me to the very top.”

“I am excited to get things moving with the backing of Matchroom Boxing and DAZN,” saidDickinson. “I believe there are some huge nights ahead for me and I’m excited and motivated to showcase myself and what I am capable of. With Ben, Matchroom and DAZN behind me I know I can go on to achieve big things in this sport.”

“I’m really excited for both of these journeys to push on,” said Ben Davison. “Eddie, Matchroom Boxing and DAZN were keen on Pat and Mark and I believe this is the perfect place for them to be. They will be given the opportunities necessary to develop and fulfil their potentials. There’s no doubt about it, these lads are special talents and fans across the world are going to love watching them in person and live on DAZN.”

“I’m delighted to add two of Britain’s brightest stars in the North East Pat McCormack and Mark Dickinson to the Matchroom stable,” said Matchroom Sport Chairman Eddie Hearn. “Pat’s achievements in the amateurs speak for themselves. Silver medal at the 2020 Olympics in Tokyo, a gold medal at the 2018 Commonwealth Games on the Gold Coast and a gold medal at the 2019 European Games in Minsk and many more. He’s one of the very best amateurs we’ve seen on these shores in recent times and I’m incredibly excited to guide his professional career moving forwards.

“Mark is one of the most exciting prospects in British boxing and another product of the famous Birtley Boxing Club. He had an outstanding amateur career, representing Team GB numerous times, whilst earning  gold medals at the Youth Commonwealth Games and the European Youth Championships. He’s made a perfect start to life in the pro ranks and there’s some big nights ahead for him. We’ve enjoyed some brilliant nights up in the North East over the years and both Pat and Mark are keen to bring big shows and World Titles back home.”