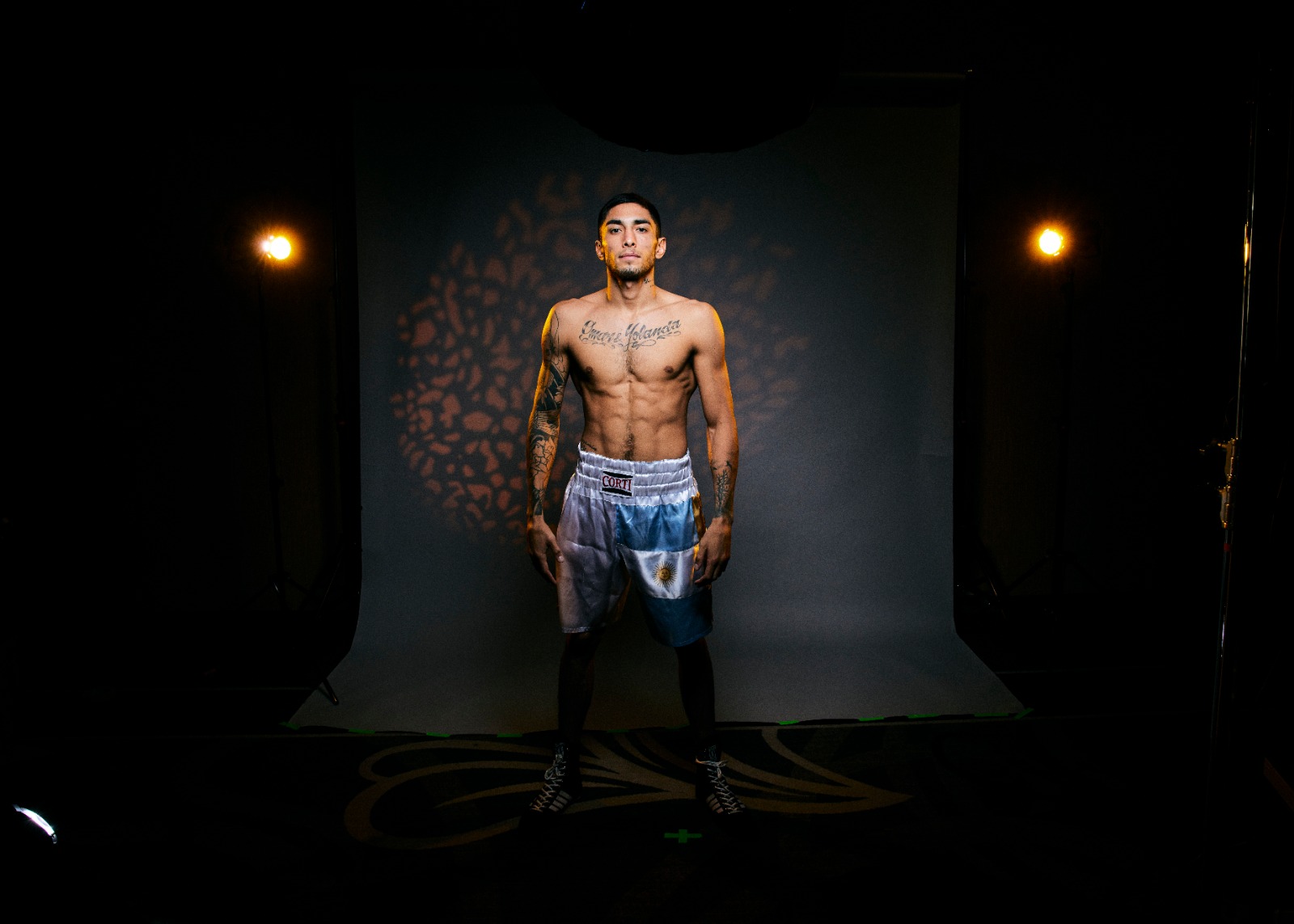 Ponce: I always look for the KO!

Jeremias Ponce says he will look to secure a “dream” World Title fight with Undisputed Super-Lightweight king Josh Taylor but knocking out Geordie favourite Lewis Ritson in front of his home crowd at the Vertu Motors Arena, Newcastle this Saturday, live on Sky Sports in the UK and on DAZN in the US and more than 200 countries and territories.

‘Jere’ arrives in the UK for the first time sporting an impressive record of 27 wins and no losses – with 17 of those win coming by way of knockout – and has two notable wins ‘on the road’ against Rico Mueller for the IBO World Title in Germany and Francesco Lomasto for the IBF Intercontinental Title in Italy.

The undefeated 24-year-old from from Buenos Aires, Argentina says the return of Ritson’s fanatical Newcastle support will only serve to spur him on as he looks to become the latest South American to spring an upset against a Brit.

“I go all out for the win,” said Ponce. “I try and leave nothing to chance. I always look for the knockout. This is a huge opportunity for me, if not the biggest in my career. I’ve trained with that mindset, thinking about this being the biggest moment in my career.

“I think it’s a dream for any boxer to go on and win a World Title, and to face a fighter like Josh Taylor would be a dream come true. I’m 100% confident that I can add myself to the list of South Americans that have caused upsets in the UK. I’m going to go all out to win.

“I think Lewis Ritson is a very good boxer. He’s very quick and he has a very high output. We’ve worked hard looking for ways to counter that. I think we’ll be able to do that. Both styles will definitely clash which will mean it will be a great fight.

“I think the Miguel Vazquez fight was just a really bad night for him. I have also had bad nights before. I don’t think it takes anything away from him. I think he’s still a really good boxer and it will be a very tough night for the both of us.