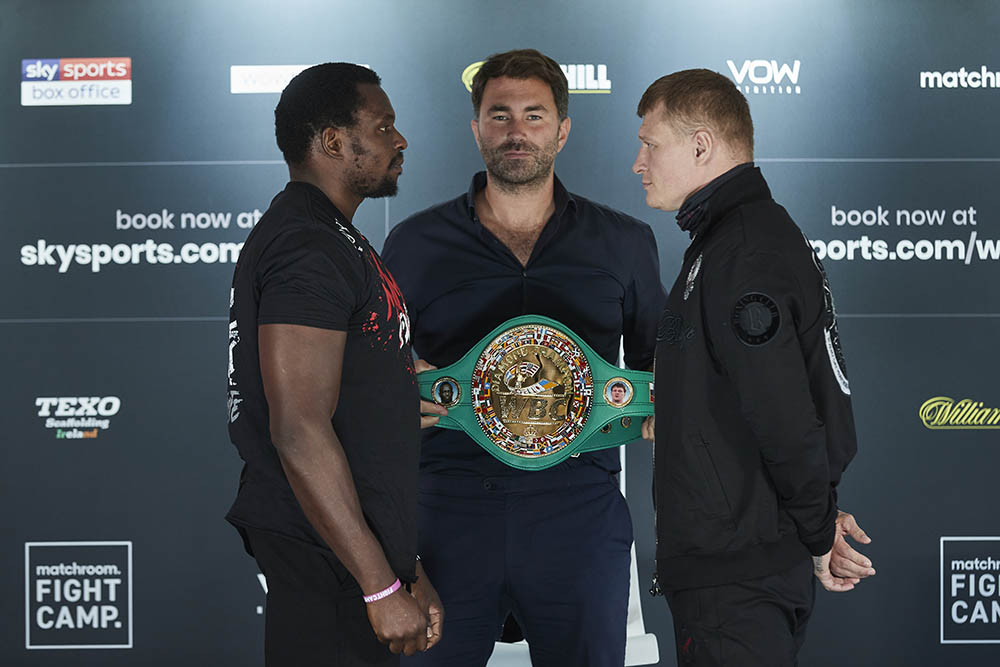 Following the completion of Fight Camp, Eddie Hearn and Matchroom Boxing are pleased to confirm details of their upcoming Autumn schedule that includes the highly-anticipated rematch between Dillian Whyte and Alexander Povetkin, as well as the return of Joshua Buatsi and Lewis Ritson as they work towards World Title shots in their respective weight divisions.

The long-awaited World Boxing Super Series Cruiserweight Final at the Plazamedia Broadcasting Center in Munich, Germany, between IBF World Champion Yuniel Dorticos (24-1, 22 KOs) and Mairis Briedis (26-1, 19 KOs) lands exclusively on Sky Sports in the UK and DAZN in the US as the top two Cruiserweights in boxing finally collide on Saturday September 26 following their semi-final wins in June 2019.

Fresh from his emphatic two-round destruction of Shawndell Winters on the final weekend of Fight Camp, ‘The Savage’ Alen Babic (4-0, 4 KOs) returns to the UK looking to impress again as he locks horns with Irishman Niall Kennedy (13-1-1, 8 KOs) in an eight round Heavyweight contest.

Dillian Whyte (27-2, 18 KOs) has an immediate opportunity to exact revenge over Alexander Povetkin (36-2-1, 25 KOs) on Saturday November 21 as the Heavyweight rivals collide in a blockbuster rematch, live on Sky Sports Box Office in the UK and DAZN in the US, following ‘The Body Snatcher’s’ shock knockout loss at the hands of the Russian dangerman on the final weekend of Fight Camp last month.