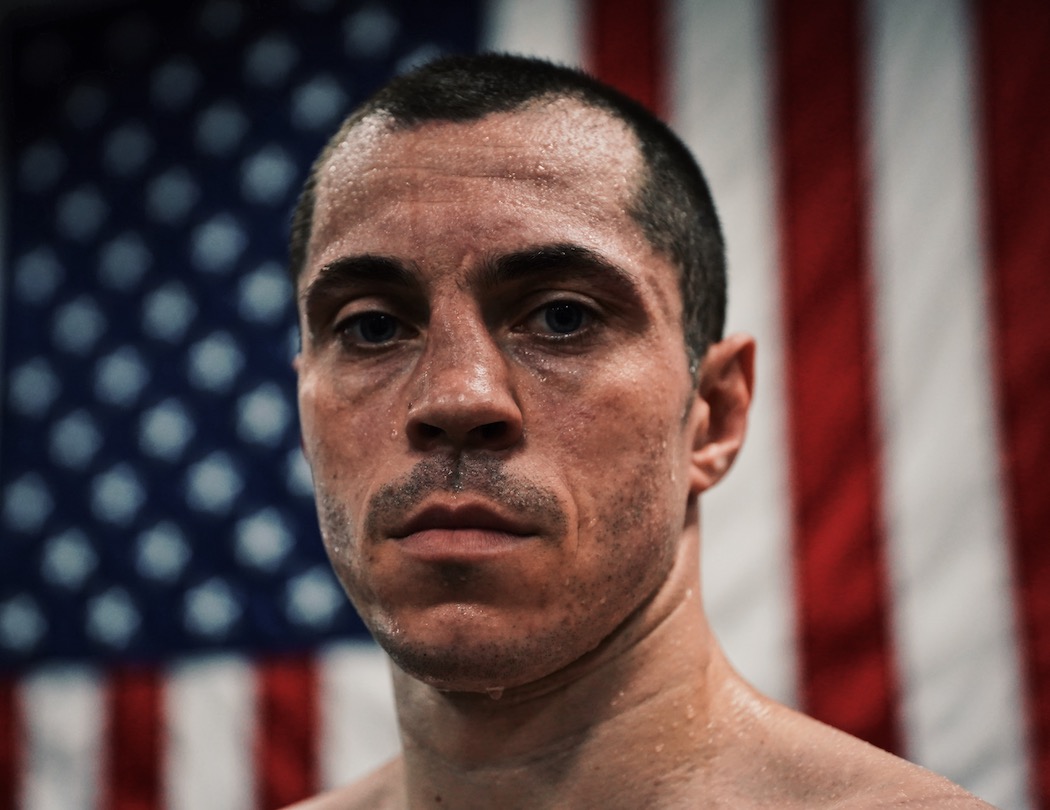 Scott Quigg is targeting a World title showdown with Tevin Farmer as the Brit faces Jayson Velez at The Forum in Inglewood, LA on Friday April 26, live on DAZN in the US and on Sky Sports in the UK.

Quigg (35-2-2 26KOs) is itching for the chance to become a two-weight World champion, and his clash in his now home base of Los Angeles will be the second step in adding Super-Featherweight glory to his reign as WBA Super-Bantamweight king.

The Brit star delivered a violent KO win on his bow at 130lbs in Boston, MA in October in the second round over Mario Briones – a card that saw Tevin Farmer defend his IBF World Super-Featherweight crown for the first time with a fifth round KO of James Tennyson.

The Philadelphia ace has defended the title twice since, against X in New York in December and on home turf against Jono Carroll in March, and he’s a target for Quigg should he prevail against the in-form Velez (28-5-1 20KOs) with the Puerto Rican picking off Orlando Cruz and Victor Terrazas inside four rounds since a points reverse to highly-rated Ryan Garcia.

“These are the cards I want to be on,” said Quigg. “It’s a great chance for me to make a big statement with the attention on the bill. I want to be a World Champion again so I need to show people that I mean business. Jayson is a solid fighter who is coming off some good wins so it’s a good test and one I am looking forward to.

“Boston was a good win, coming off the Oscar Valdez defeat it was good to get back to winning ways in a new city in my second fight over here. It was my first fight at Super-Featherweight, I felt strong and I enjoyed the city.

“Tevin is a very good fighter, one I’ve watched for a long time. He’s come up the hard way with four losses as he was matched tough early on. He does everything well, but it’s a fight that I would jump at as I believe I have got the beating of him.

“I think I can fight for a title this year. Get a good win over Jayson on April 26 and I believe I’m ready. If I have to have another fight before then so be it, but 2019 I want to win a World title again.”

Jessie Vargas (28-2-2 10 KOs) is on the hunt to become a three-weight World champion and he faces fellow two-weight World king Humberto Soto (69-9-2 37 KOs) in a crunch clash for their elite level aspirations. The Soto clash will be Vargas’ first fight with new trainer Freddie Roach, and it’s a busy evening for the Hall of Fame coach as Scott Quigg also looks to move to world honors in a new weight, targeting a Featherweight World title shot in the second half of the year.

Unbeaten Super-Middleweight talent Anthony Sims Jr is set for a breakout year and will fight for his first title on the bill. Sims (17-0 16 KOs), who is in action in Peterborough, England on Saturday night live on DAZN and Sky Sports, clocked three stoppage wins in the second half of 2018, and will look to convert that momentum in style in first the UK and then in LA.

Shakhram Giyasov (7-0 6KOs) and Diego Pacheco (2-0 1KO) landed wins in Tijuana, Mexico this weekend and will fight on the bill, while Eddie Hearn’s latest addition to his blossoming stable of young USA talents, Houston’s Austin ‘Ammo’ Williams, will make his pro debut on the card.