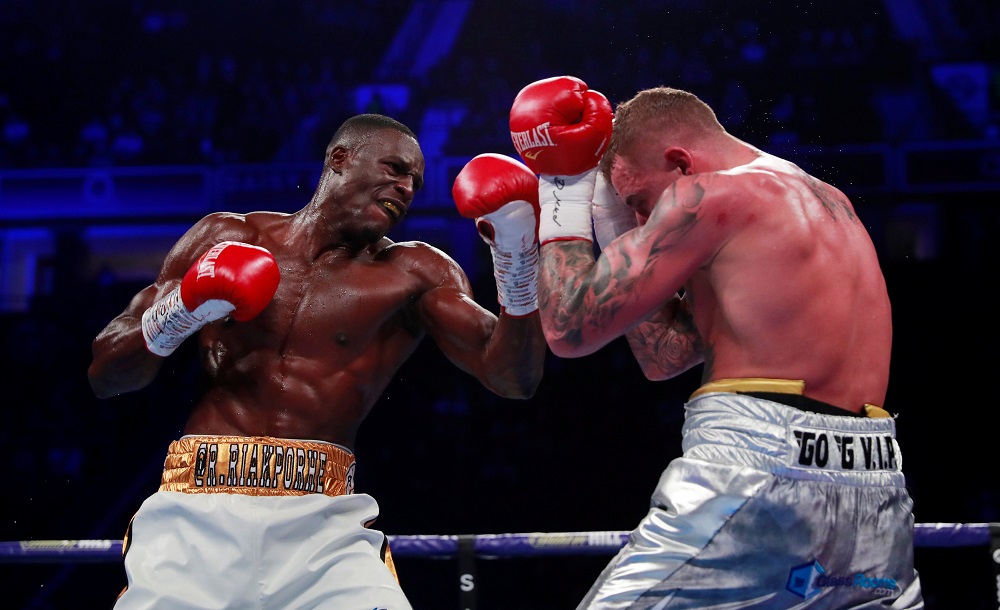 Riakporhe: I’ll Beat Him In Every Department!

Richard Riakporhe says he will beat Chris Billam-Smith “in every department” when he puts his WBA Inter-Continental belt on the line against the unbeaten Bournemouth man at The O2 on Saturday July 20, live on Sky Sports Box Office in the UK and DAZN in the US.

After going the distance on his professional debut in the summer of 2016, big-hitting Riakporhe has stopped all of his opponents since with every contest bar one failing to reach the fifth round. With just nine fights to his name, the 29-year-old expects to become even more of a problem in his division once he has further refined his skills with trainer Mark Tibbs.

“It’s real power that I possess, it’s very genuine,” said Riakporhe. “You do not want to get hit, but now all these other fighters, they are going to start taking risks, because I’m boxing now, I’m not just relying on my raw power. The more risks they take, the more dangerous the fight is going to be for them, and they’ll get knocked out.

“I believe I’m the most dangerous, because I have the power and I have transferred my intelligence into the ring. You have to be wary of a fighter like me and I’m dangerous throughout the fight, from the first bell, until the last. You have to be focused throughout the fight. Any mistake you make, I’ll capitalise on it. Just one, that’s all I need.”

Trained by highly-rated coach Shane McGuigan alongside British champion Lawrence Okolie, Billam-Smith shares an identical record of 9-0 (8 KOs) and has also predicted a KO win in this weekend’s crunch Cruiserweight showdown, but Riakporhe holds no fear of ‘The Gentleman’ and is extremely confident that he will get the job done.

“I think Chris Billam-Smith is a good fighter, it’s just that there’s levels in this game and I feel that I’m on another level. He brings good boxing skill, he’s got a good coach in his corner, but once that bell rings he’s going to understand that there’s different levels of fighting. I don’t think he has been up against an opponent like me.

“All my fights and history shows that I have abnormal power and that’s likely to bring issues when we fight for sure, but we’re not only going to rely on that. We’re going to outbox him and beat him in every department. I just can’t wait to get in there and get to work. I’ve got tons of potential and fight after fight I’m learning news things. I’ve taken these big tests, I came into all these fights as the underdog, and my resume is looking quite impressive.”