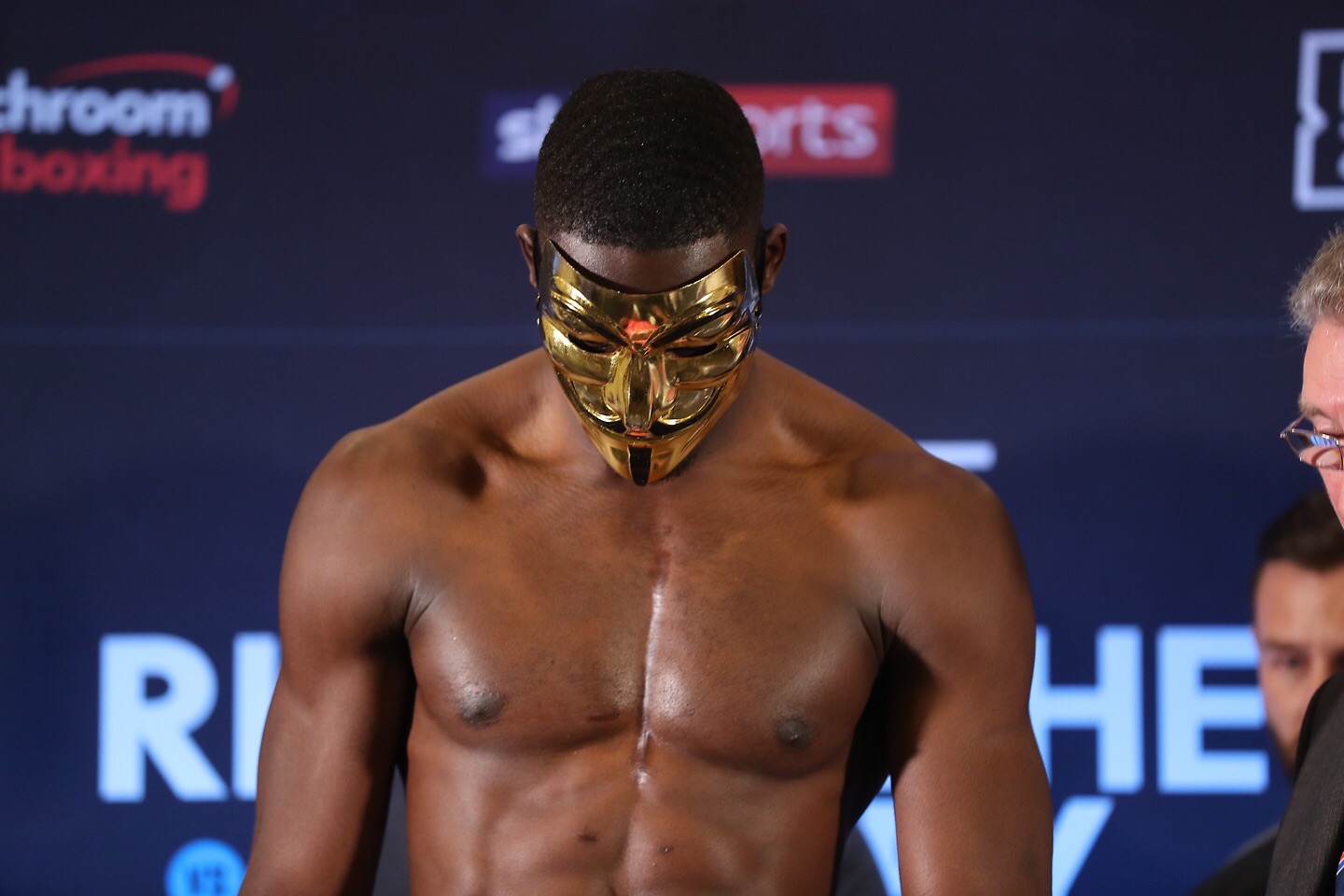 Riakporhe – The Public Want To See Someone Ko Okolie!

Richard Riakporhe believes he is the “perfect man” to end London rival Lawrence Okolie’s unbeaten streak and hopes that a World Title will be on the line if they ever meet in the future.

The unbeaten Walworth powerhouse will battle Chapel-en-le-Frith’s Jack Massey for the vacant British Cruiserweight title on tomorrow night’s JD NXTGEN show at York Hall, live on Sky Sports in the UK and DAZN in the US.

‘The Sauce’ has cleaned up on the domestic scene, earning the British and Cruiserweight titles, and will now take a big step up in class to fight Krzysztof Glowacki for the vacant WBO belt, making a potential showdown with Riakporhe even bigger.

“Things are heating up,” said Riakporhe. “If he wins that fight, that’s a World Champion, and there’s definitely going to be a domestic dust-up for that title.

“When I come in the ring, I’m not coming to play around, let’s put it that way. I feel like they wouldn’t want to take that fight with me, it’s too risky and too dangerous, but we’ll see. I’ll be surprised.

“The public want to see someone knock out Okolie and I am the perfect man for the job. The rest of the cruiserweights are not strong enough, they are not big enough, and they can’t punch.

“Let’s just say, if that fight got made, I’m turning off my phone and I’m going to live in the gym. My bed, my pillow in the gym. I believe, with me giving everything I’ve got, is enough to secure that win.”

Big wins over domestic rivals Sam Hyde, Tommy McCarthy and Chris Billam-Smith in 2018 and 2019 have pushed Riakporhe’s name up the rankings, but he is fully aware of the threat posed by Massey, who is also undefeated in 16 fights.

“I think it’s going to be very explosive. Jack Massey is undefeated, you have to take that into consideration. He calls himself ‘One Smack’ Massey, so apparently he can punch.

“We’re going to see. I’m a puncher myself, so what more could we want? Two undefeated fighters in the York Hall, a nice iconic location, we’re going to go for it.

“He hasn’t experienced a fighter like me, the type of will and determination I have, and the type of power, so I think he’s going to be in for a real shock once he jumps in. It’s going to take a lot mentally to be able to stick in there with me, if he doesn’t get knocked out.”