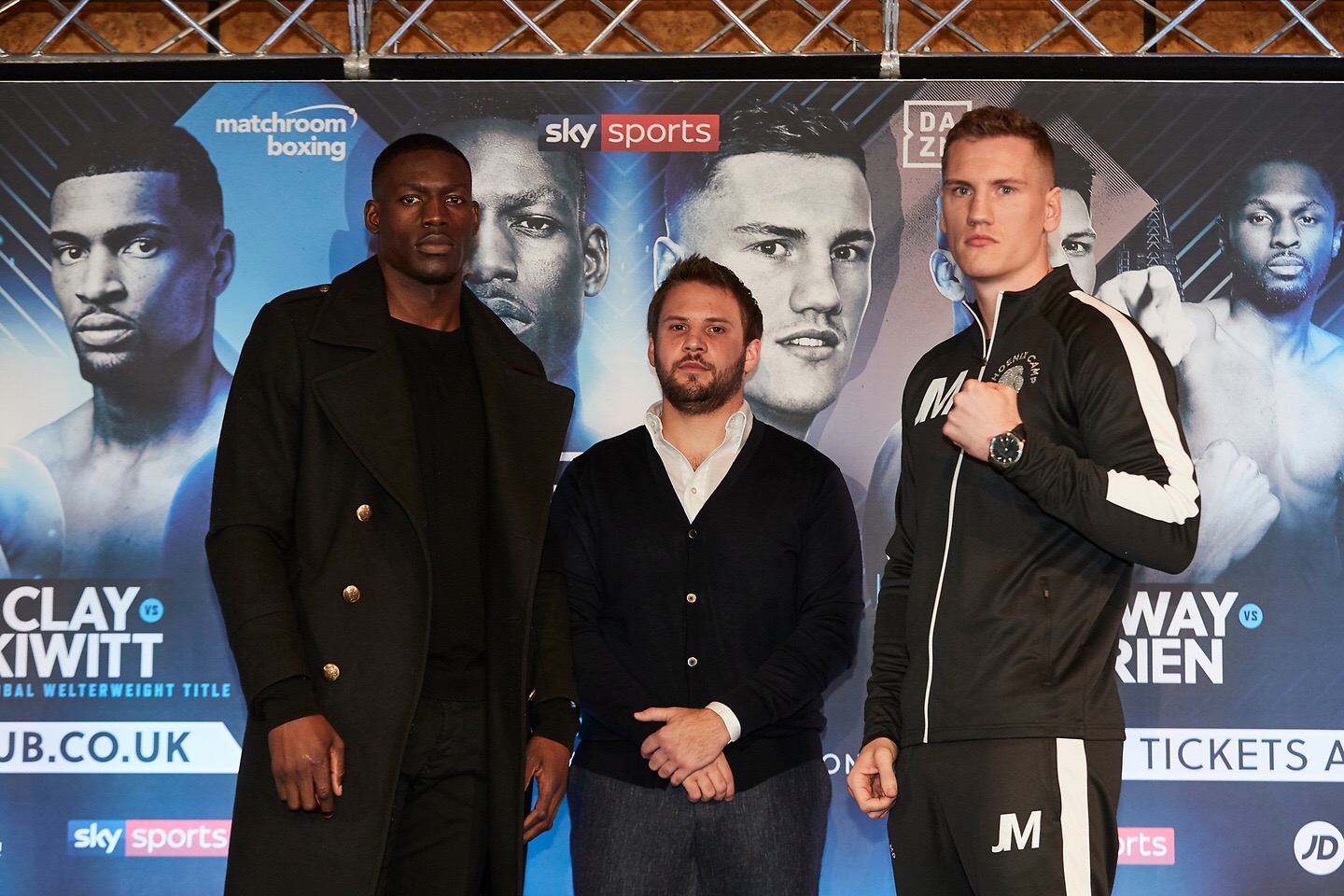 “Thank you everyone for joining us here in London ahead of Thursday night’s huge JD NXTGEN show at York Hall. It has been an unbelievable year and what better way to finish, this and Friday night in Phoenix, Arizona. We start with the JD NXTGEN card with this whole host of talent.

“38 shows promoted already this year with 350 fights, 38 World Title fights and for a lot of these guys and girls here today, that’s where they want to be in a few years, big World Title fights. These fighters are the future of the big cards we have coming up.

“It has been an exciting year and we look forward to finishing it at York Hall. It’s a stacked card from top to bottom and we’ll start off by speaking with some of the debutants looking to take their first steps in the pro game.”

“I’m feeling good. I’m happy with the opportunities that I’ve received this year, stepping up to the plate. I fought Tommy McCarthy back in March, got the win, I fought Chris Billam-Smith not too long ago and got the win as well. What would end the year perfectly for me would be getting the win over Jack Massey with the British title as well. What more could I want?

“There’s a lot of big fights out there for me in 2020 but we’re not going to overlook Jack Massey. We’ve prepared for him like he’s a true veteran and we’re ready to take the win and get on with it. I don’t see the fight going longer than six rounds. I don’t see it going past six rounds but I’ve trained for fifteen rounds.

“We’re ready for whatever. If Jack wants to box I can box, if he wants to fight I can fight. I believe that I can beat him in every single department. If he wants to have a cookout and see who’s the best chef, then I’ll beat him in a Sunday roast cookout. If I lose in that, I’ll put him in the oven.

“I’m looking forward to it. I respect Jack Massey as a fighter, I respect him for taking the fight. I’m just ready to showcase my skills.”

“We had a long camp for the Okolie fight. We trained for 12 rounds so it’s put me in good stead for this. The recovery time for the injury wasn’t long so I was back punching six weeks after the injury so it’s time to go.

“It’s a massive year after this. I don’t see it going more than six rounds either. He’s confident, get ready for a boxing match.”

“Good afternoon everyone. I’m just looking forward to getting out on Thursday night. It’s been a while since I’ve been back out. I’m just focused on this Thursday. I think a few months ago Chad tagged me in a post calling me out. I know that he’s going to come and bring it, he’s willing for the big opportunity and I’m not going to take him lightly.

“I’m looking forward to going out on Thursday night and making a statement and then going on after that and god willing cleaning up the rest of the division. I’m just focused on Thursday night. What I’m focused on next year is the titles. I want to go out and get that British title after Thursday and have a big year. It’s about ticking them all off. I’m looking forward to going out there and putting on a performance.”

“For sure, I wouldn’t be here for any other reason. I believe I can beat Craig, I’ve got all of the tools to beat him. I’ve just got to put it all into place on Thursday night. He’s number 4 in the UK on BoxRec and he’s got a world ranking with the WBA. It’s a massive fight for me but it’s a fight that I took for one reason only and that’s to come and win.”

“I’m feeling good and ready to go. I’m ready to fight, I’m ready to defend my title. The guy I won my title off didn’t want to fight Freddy. He said ‘I’ll fight Luther it’s an easier fight’, then he got touched up and now I’m coming for Freddy. I ain’t looking past Freddy, Freddy is a very good fighter. His fight where he won the European title was against Paddy Gallagher who’s a very good fighter. I can’t afford to look past him but I am going to go through him.”

“No I don’t think it’s too early, I think it has come at exactly the right time. It’s god’s timing. I had a great year and this my fourth fight in the third country, and my third title fight as well. I’m really looking forward to this fight.

“I won the WBO European belt at the beginning of the year so this will just add another one to the collection and I just need to win this fight. This is my purpose. He’s just on the way to where I want to be. This is my time now.”

“I’m excited to be back at York Hall and feel really good coming into this one. I am not overlooking Craig O’Brien but I want to get the job done and take one step closer to that British title.”

“It has been a perfect first year as a professional, four wins. My last fight was definitely a learning curve, she came out flying but we got the job done. I got my first stoppage at York Hall so I’m hoping to return there and getting another win.

“Next year will be a massive year, I am looking forward to it but firstly I am just totally focused on this fight.”

Franklin Ignatius – Dagenham, London – making his professional debut in a 4 round Heavyweight contest against Michal Banbula:

“I’m definitely excited and I’m ready. I am enjoying the occasion, my amateur experience has helped but the most important thing for me is continuing to learn. It’s been a lightning period but I’m enjoying it but I’m ready to show what I’ve got!”

Malik Kareem – Finchley – making his professional debut in a 4 round Super-Middleweight contest against Ben Thomas:

“It’s been a long camp, I’ve had good sparring and I am just ready to go now. From day one when I started boxing at Finchley, Anthony Joshua has been there for whatever I needed and as a role model. Him getting the straps back has helped me be in a good mood ahead of my pro debut.”