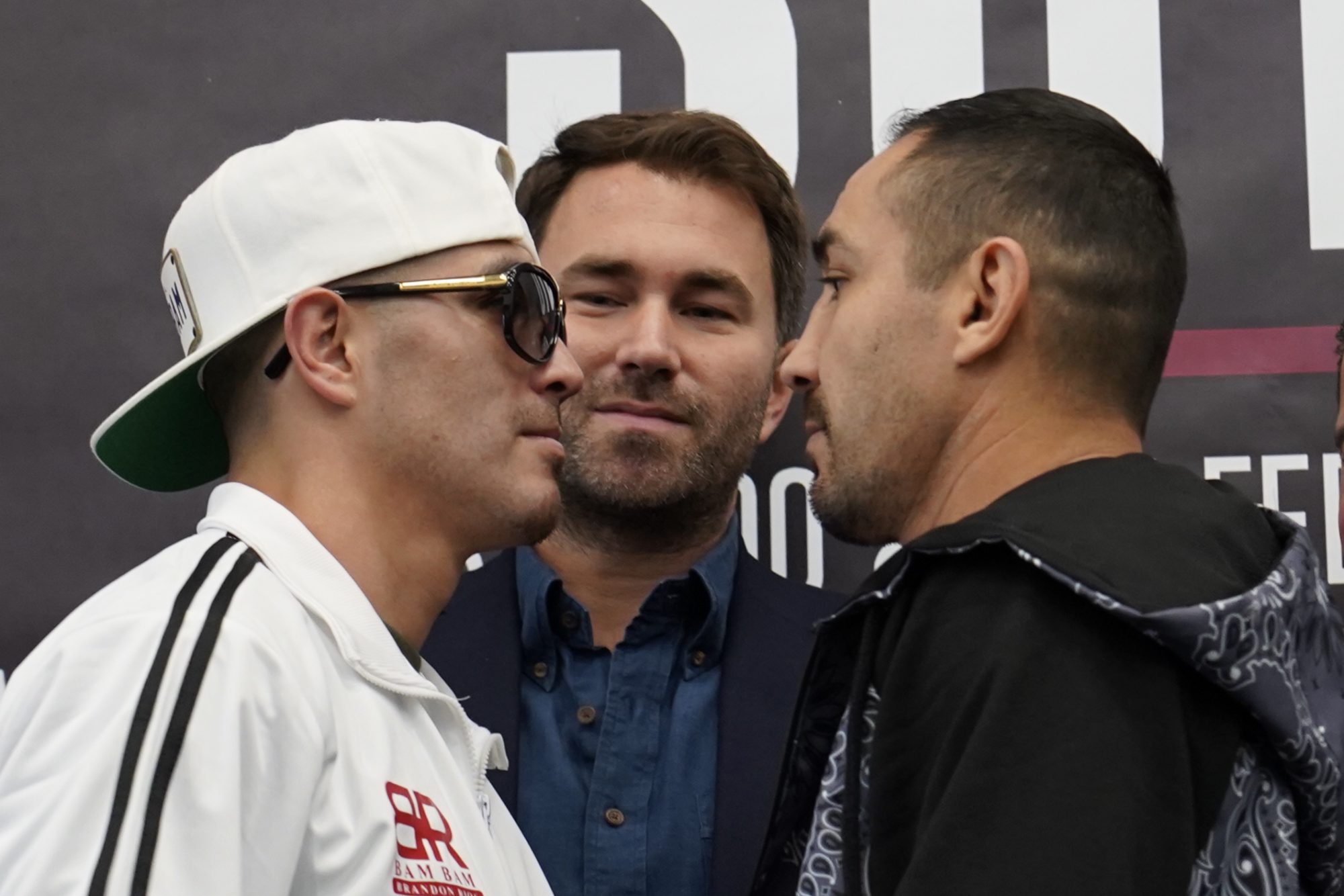 Rios: I Want A World Title Shot When I Beat Soto

Brandon Rios says his clash with Humberto Soto is the final hurdle between him and a fourth World title fight as they clash at the Auditorio Municipal Fausto Gutierrez in Tijuana, Mexico on Saturday February 23, live on DAZN in the US and on Sky Sports in the UK.

TICKETS ARE ON SALE NOW PRICED FROM $165 (MEXICAN PESOS) HERE

Rios returned to action in stunning fashion in Kansas in November, stopping Ramon Alvarez in the ninth round of a pulsating contest live on DAZN.

‘Bam Bam’s’ return to the ring has been inspired by a promise made to his daughter to become a World champion once again, and a big all-Mexican clash with Soto is just the type of fight that will light a fire under him to produce a performance to land a huge fight next.

“It feels nice to fight back in Mexico,” said Rios. “Especially right now with everything that’s going on, all the politics. Not only that, but it’s good to give the Mexican fans a great show, they get see me live which is awesome.

“I’m fighting a guy that lives in Tijuana. He’s from Mexico, so I’m pretty sure the crowd’s going to be on his side, 100 per cent, but it feels good to be back out in front of Mexican fans. I’m ready to go and show the world that I’m ready to get back to the top again.

“I have some fans from LA going over the border to watch the fight, but I’m pretty sure he’s going to have more support. Anything can happen though, at the end of the day it’s not about who has what, it’s about me and him in the ring.

“The main decision for me to come back was when I was watching a fight on TV and I told my wife ‘Baby, that can still be me. I can still do that shit. I know I can still do that shit.’ I just had bad camp, bad habits. She told me ‘I’m going to let you do what you want to do, you’re a grown man. But if you come back, you’ve got to promise me you do it right.’ None of the half-assed shit, with the dieting, and all that. So, I thought about it for about a day or two, and I had the urge for it.

“I got my first fight and it was great, and the second one with Danny Garcia which wasn’t all that –  shit happens in boxing. And then I got to meet Eddie Hearn who gave me a three-fight deal thanks to him.

“Nobody was really paying attention to me anymore, and Eddie gave me an opportunity, and I really appreciate that. I’m fighting my second fight with him, and I can’t wait to go again.

“My main target is to get a title shot. Not only the reason why, is because I promised my little girl. She does karate. I told her, if you become a black belt, you give me that title. When I become a champion again, I give you my belt.

“We made that promise, and I don’t want to break her heart, so that’s why I want to be a champion again before I retire. I keep my word. Every day, I kid you not, she says ‘Dad, remember you promised me?’ Every day. I come to the gym today, she’s asking me if I’m bringing back a title. That’s 100 per cent my drive.

“You know what, it could be soon. It could be my next fight, who knows with Eddie Hearn. For now I’m just concentrating on this guy. I’m ready for whatever falls next.

“Soto is a veteran, he’s 30 years old. he knows some tricks, he’s a former three-time World champion, so we’ve got to be ready for whatever he brings. That’s why I’m working so hard to correct the mistakes.

“Working with Matchroom Boxing and being on DAZN, they’ve giving me fights back-to-back which is great. I haven’t got that wasted time, rested time, they’re giving me fights right away. I’m grateful and happy to be a part of the team. I’m ready to get back to the top.

“It’s going to be a great fight. You’ve got a three-division former champion Soto comes to fight, very talented and very skillful, he’s a big counter puncher. Then you’ve got myself, Bam Bam, who comes to brawl and always gives the fans a good show, but what always makes a perfect fight is a counter and brawler. There’s always going to be punches thrown, always something going to happen.”

Rios and Humberto clash in an all-Mexican affair, in association with Zanfer and Paco Presents, on a huge night of action in Tijuana.

There’s a stacked undercard in support of the main event, led by the rematch between Jose ‘Gallito’ Quiniro (20-2-3 9KOs) and Joel Cordoba (7-4-2 1KO). The Mexicans shared a draw in a Christmas cracker in December and will return to the same venue as that clash to find a winner this time.

Alexis Espino makes his professional debut on the card, with the 19 year old Las Vegas native and decorated amateur itching to get life in the pro game underway on a proud night for his Mexican family. Diego Pacheco (1-0 1KOs) made his debut in this arena in December with a stoppage win, and the talented teen fights for the second time in the pros on Saturday.