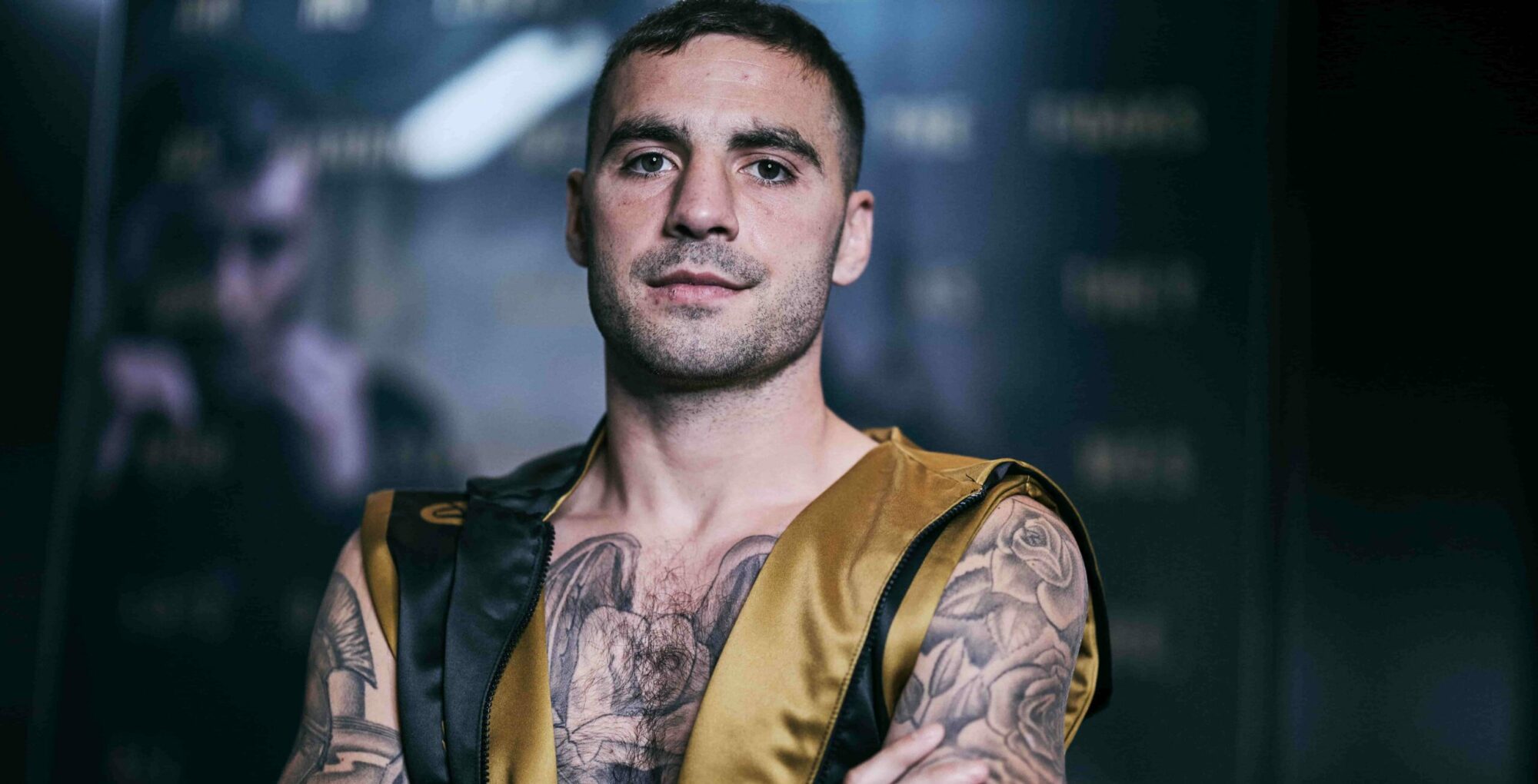 Ritson: I can’t wait for the fans to be back!

Lewis Ritson says the return of fans will help push him on to a vital win when he meets undefeated Argentinian Jeremias Ponce in a Final Eliminator for the IBF Super-Lightweight World Title at the Vertu Motors Arena, Newcastle on Saturday June 12, live on Sky Sports in the UK and on DAZN in the US and more than 200 countries and territories.

‘The Sandman’ (21-1, 12 KOs) struggled without the backing of his fanatical Geordie support last time out as he battled to a controversial split decision win against Mexico’s Miguel Vazquez behind closed doors at the East of England Arena in Peterborough – an experience the 27-year-old says he has learnt from.

“I haven’t really watched it back but a couple of days later I went to my dad’s house and asked him if he’d watched the fight,” Ritson recalled. “He said yes, and I asked him to be truthful about what he thought of it. He was honest and said we got the rub of the green, we got very lucky and we got gifted a decision, but that it is up to me whether to dwell on it or improve on it.

“That’s what we’ve done, we’ve gone away and made a few changes in camp. It was just a clash of styles. I think I was probably Vazquez’ best performance in a few years and it was one of my worst to be fair. You live and you learn, there was maybe a few things that we could have done differently in that fight. We know that now and we’ve got the experience in the bank.”

Ritson made the decision to part ways with Neill Fannan and return home to Forest Hall to train with his father Dave following the disappointment of the Vazquez performance – a move that he is confident will turn out to be the right one as he closes in on a dream World Title shot in the 140lbs division.

“I’m back with my old man. I had a little bit of thinking to do after my last fight. I half hinted that I wanted to come home, and my dad half hinted that he wanted to be back training me. It was the right move for me and we’ve been flying in camp. A happy fighter is a dangerous fighter, it’s probably the first time in a while that I’ve been quite happy.

“I’ve got a little girl and I was sick of being away from her in the end. I was down there stuck in a flat, training twice a day and then nothing else to do, especially with the lockdown. I could have been back home with my little girl. I’ve got another little girl on the way so that definitely played a part in it. I can’t wait for fight night now and to show people that the Vazquez fight was a bit of a slip up. I’m going to be back better and stronger.”

In his last fight in front of his Newcastle faithful, Ritson produced a career-best performance to beat bitter rival Robbie Davies Jr in an enthralling Fight of the Year candidate. A fight with the newly-crowned Undisputed Super-Lightweight ruler Josh Taylor could await Ritson if he earns another memorable win this weekend.

“It’s just a buzz to be back, especially with the crowds. Even with 1,000 in there, the place will be jumping for the ring walk. That’s what I need to get me up for these fights. I can’t wait for the fans to be back shouting and cheering. Before the Vazquez fight I was saying that it wouldn’t make much of a difference, but you actually don’t really know that until you get in there. I missed my fans massively, so I’m glad that they’ll be back. They’ll give me that extra push.

“I’m fully focused on Ponce. We’ve got to make sure that we beat him and beat him well. We know what he’s coming to do and he’s coming to win. He’s coming to have a go. Stylistically he’s a bit like me – good jab, throws to the body and stands in front of you. If it goes like we think, then it’s going to be a very crowd-pleasing fight and a hard night.

“He could be one of those undiscovered gems out of Argentina. We’re not taking him lightly, we’ve seen the South Americans come over, one beat my mate Robbie, there’s a few that have upset the applecart, so we’ve got to make sure that we’re on the ball and it doesn’t happen to us.

“I’m only 27 but I feel like I’m a bit of a veteran now, I’ve had like 12 fights on Sky and with Matchroom. I’m still young and I’m still fresh. I haven’t really taken any punishment and I’ve still got a lot to give. The journey is still young – win this next fight and then hopefully the next fight after that will be what every young boy dreams of.

“If you’d have told me I’d be fighting for a World Title one day at the start of my career, I wouldn’t have believed you. We’re in a very good place and we’re one win away. We’ve grown into the weight now. For a while I was up at Light-Welter but still in a Lightweight’s body. Now I’m a fully-fledged Light-Welter. I’m bang on 10 stone, fit and strong. You’re going to see a bit more explosiveness in the punches.”

"win this next fight and then hopefully the next fight after that will be what every young boy dreams of."