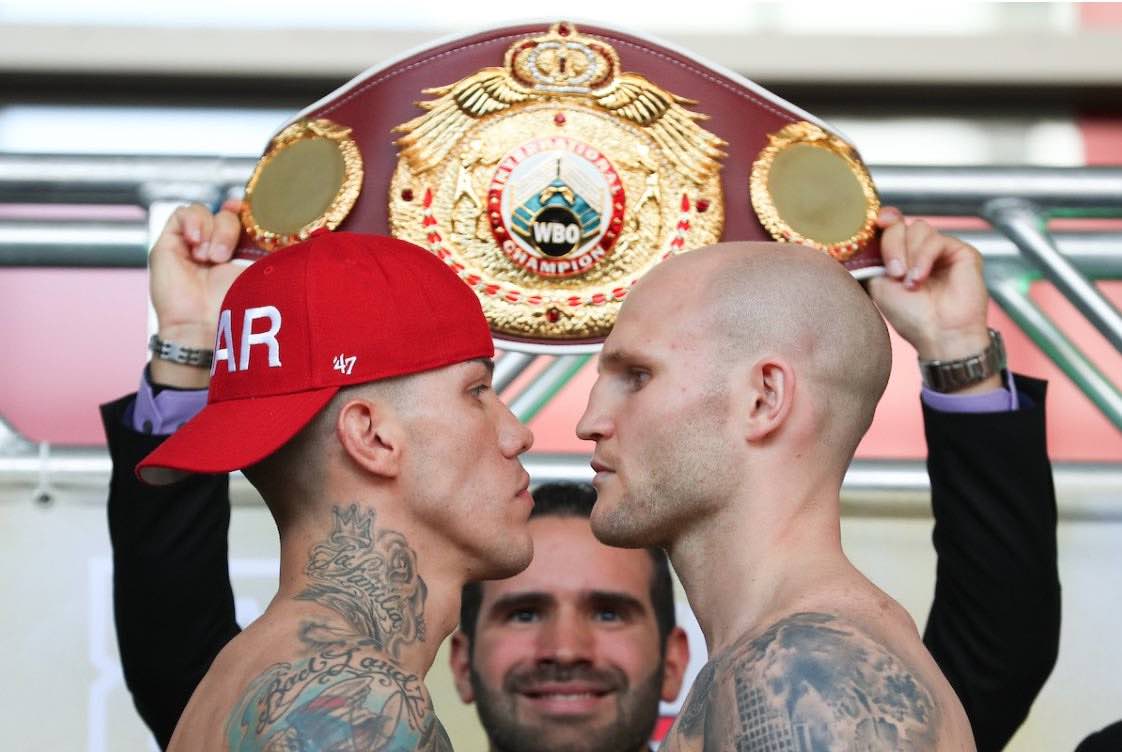 Rosado: DAZN Is Heaven For The Middleweights!

Gabriel Rosado is gunning for a meeting with WBO World champion Demetrius Andrade as he prepares to face Maciej Sulecki on Friday night (March 15) at the Liacouras Center, Philadelphia live on DAZN in the US and Sky Sports in the UK.

Rosado (24-11-1 14 KOs) is back in action following his closely fought draw with Luis Arias in Mulvane, Kansas in November – another contentious fight for the Philly favorite who will now be chasing a third World title shot in his first fight on home turf in seven years.

Sulecki (27-1 11 KOs) is hunting a first World title shot having returned to winning ways in November with a second round stoppage of Jean Michel Hamilcaro in his native Poland. The 29 year old gave Daniel Jacobs a stern test in April before the Brooklyn man moved on to become a two-weight World ruler, and Sulecki will believe that experience will serve him against Rosado.

WBO ruler Andrade defended his title live on DAZN in January against Artur Akavov at Madison Square Garden in New York and will be ringside tomorrow night, and the streaming giants rubber-stamped their status as the home of the elite Middleweights by adding Kazakh star Gennady Golovkin to the phenomenal roster of 160lbers, with Canelo Alvarez and Daniel Jacobs clashing in a unification blockbuster on DAZN on May 4 in Las Vegas.

“DAZN is the place to be as a Middleweight – it’s nuts,” said Rosado. “It’s a fun time to be at 160lbs and DAZN where its at. It’s taken a UK promoter to come to Philadelphia and make this happen, but it’s dope. I dig what Eddie Hearn is doing. He’s young, he understands the business, how things work and it’s fun fighting on Eddie’s cards.

“I’m in a great situation with this fight. Everyone had me winning the fight with Arias, that’s why Eddie Hearn gave me this shot against Maciej. He’s a World class fighter, he comes to fight with a high volume of punches, I thought he gave Jacobs a great fight, I scored it 7-5 and it was close. His style of fighting and competitive nature is going to bring the best out of me, there’s going to come a time in the fight where it’s going to be a battle of wills – and he’s not going to out-will me in my backyard, in front of my family – that’s not happening.

“This card is lit and this is a really good fight. It’s my first time in seven years that I am fighting in Philly so I am really excited about that, when I fight in my home town, I turn up. Going into the Arias fight I had been off for a year and only had a five week camp. I did what I did from just being a vet. But now I am coming in off the fight in November, we have a flow going, the camp started right away and everything has been smooth. I am capable of putting my foot on the gas and sitting on my shots in this fight.”

Rosado’s clash with Sulecki is part of a huge night of action in Philadelphia on St Patrick’s weekend topped by a World title double-header as Philly’s Tevin Farmer (28-4-1 6 KOs) comes home to defend his IBF Super-Featherweight title against Ireland’s Jono Carroll (16-0-1 3 KOs), and Irish sensation Katie Taylor (12-0 5 KOs) looks to unify the Lightweight division once again, putting her IBF and WBA straps on the line against Brazil’s WBO champion Rose Volante (14-0 8 KOs).