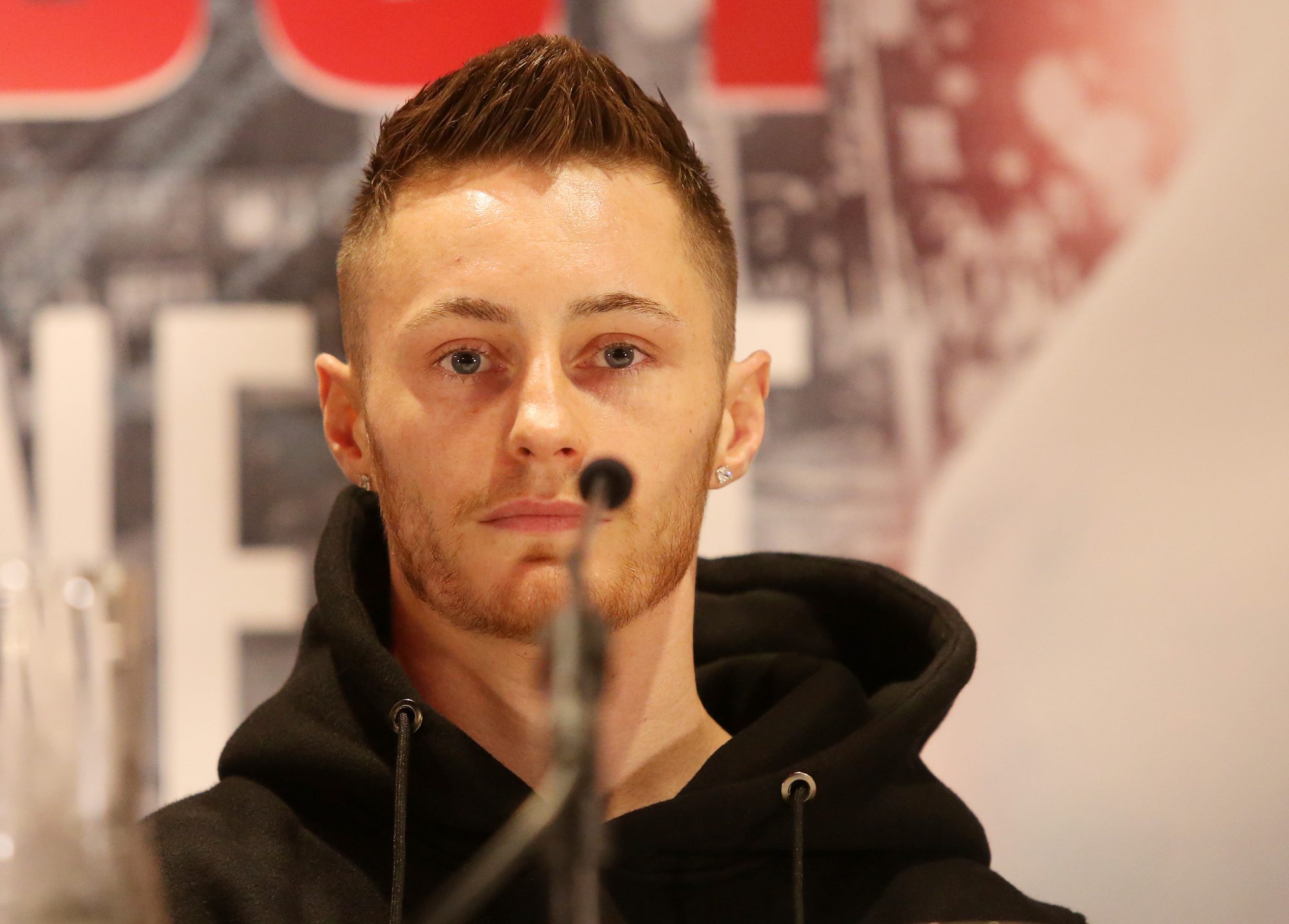 Ryan Burnett: It’s My Time To Take Over

Ryan Burnett says there will be a changing of the guard on June 10 when he challenges IBF World Bantamweight champion Lee Haskins at the SSE Arena Belfast, live on Sky Sports.

Burnett gets his first World title crack on home turf having moved seamlessly to 16-0, picking up the British and WBC International strap en route.

Haskins is defending his crown for the third time against Burnett, with the Bristolian picking up the belt in impressive style against Ryosuke Iwasa in 2015 and then going the distance against Ivan Morales and Stuart Hall.

Burnett returns to his hometown for the first time since November 2014 and the 24 year old is putting his faith in trainer Adam Booth to mastermind a victorious night.

“I lay in bed every night thinking about winning a World title,” said Burnett. “Now it’s right in front of me on June 10 – I just need to perform.

“In a sense, it is a man versus a boy. Haskins is a lot older than me, but mark my words, that means nothing. Adam believes I am ready for it and he’s a man who has been there and done it, knows how to put a game plan together to beat a southpaw, and I have every faith in Adam.

“I’m only 24, there’s no pressure on me, I’m just enjoying boxing at the moment and my road is only just starting. His is coming to an end and the pressure is on him, he’s the one who has to stay World champion. If I am calm, relaxed and I deliver what Adam tells me to do on the night, I’ll win that belt.

“I’ve been dreaming of this for a long time. I always thought that this could be me and hard work has got me here. I can’t wait to get my hands on that World title and bringing big fights to Belfast.

“It’s going to be a hard fight. Lee’s only lost once in nine years, that shows his level and he’s not World champion for nothing. But I know that this is my time and this is where I take over and it’s his time to step aside.

“I’ve paid my dues across the water and I’ve been saying: ‘Eddie, put you hand in your pocket and get me a fight in Belfast’ and now we’re here – I am so excited.”

Haskins is in his 18th title fight on June 10 and the 33 year old feels his experience will tell on the night, as he plans to win over the passionate Belfast fans.

“It’s going to be a pleasure to box in Belfast in front of the great fans there,” said Haskins. “I’ve watched a lot of Ryan and always thought he’s a great talent. He and Adam are going to be more than ready.

“I am getting older but this is why we want fights like this – taking on young hungry fighters to show the world that I can rock it with the best and carry on being a World champion.

“I think we have similar styles so it could be a game of chess. Adam has a lot of tricks up his sleeve so it’ll be a really interesting fight.

“I’ve watched a lot of the big fights up here and the way that the fans here get behind their man is amazing, it’s something I think we miss in England. I think by the end of the night they’ll appreciate my ability.”

Tickets are on general sale at midday today priced at £30, £40, £60 and £100 from the SSE Arena Belfast at http://www.ssearenabelfast.com/belfast-boy-burnett-v-haskins