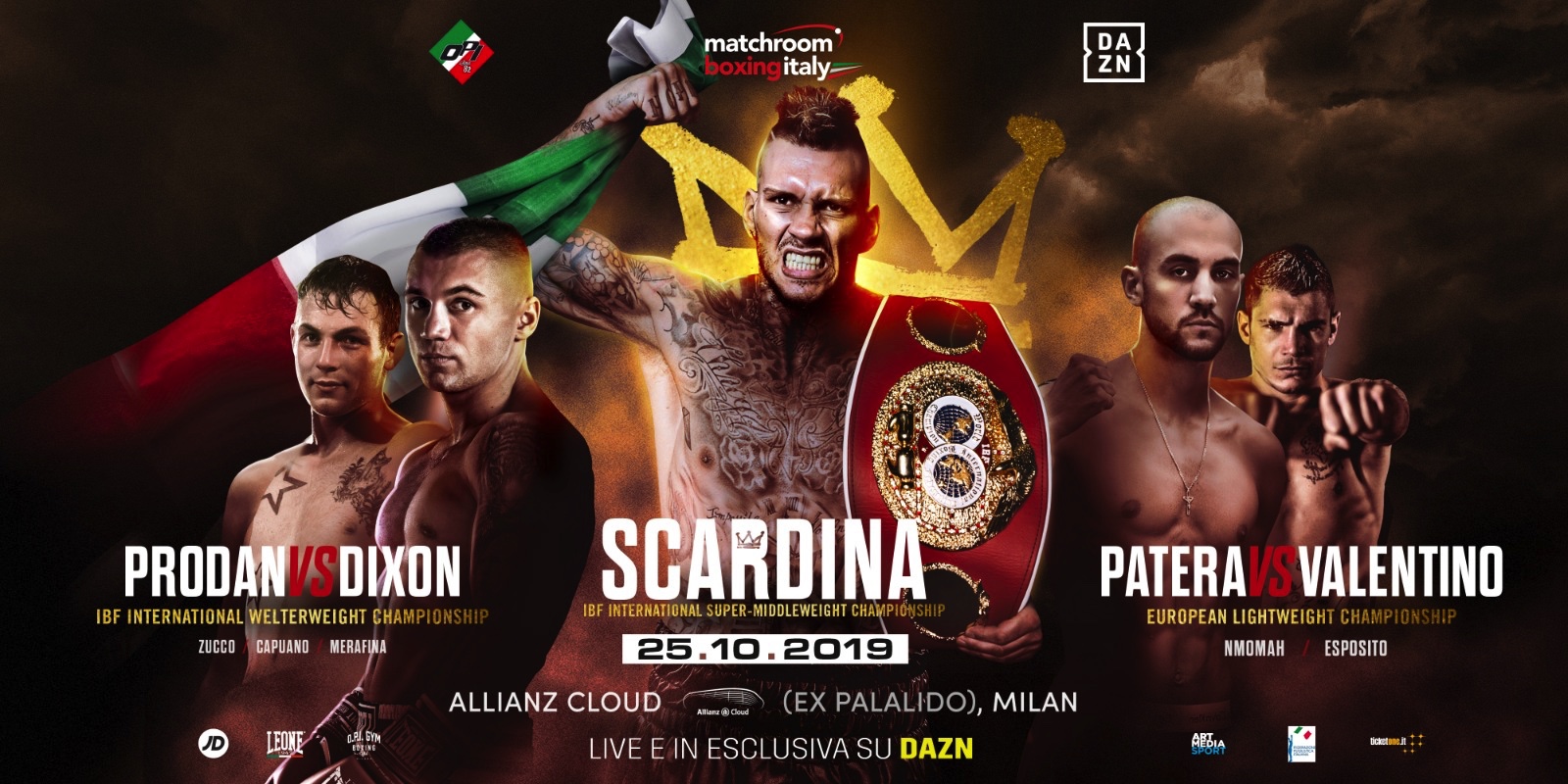 Scardina Back In Action In Milan On October 25

The Allianz Cloud in Milan will host another evening of Championship Boxing when Matchroom Boxing Italy and Opi Since 82 return on Friday October 25 for a stacked card full of title action to be shown live on DAZN.

Scardina (17-0, 14 KOs) retained his IBF International Super-Middleweight title with a classy unanimous decision over Goddi earlier this summer and ‘King Toretto’ puts his ranking title on the line once more as he looks to secure a World title shot.

“Daniele Scardina is quickly establishing himself as one of the stars of the resurgence in Italian boxing and this year we have seen him score impressive back-to-back wins in Milan,” said Eddie Hearn. “We’re building something exciting in Milan after two successful shows and Daniele is at the forefront of that success. It’s another show full of title action as Francesco Patera defends his European title in an all-Italian clash with plenty more action further down the card.”

Salvatore Cherchi of OPI Since 82 said: “It’s always a pleasure to return to this historic boxing venue in Milan. Once again, we have three title fights topping the card with the popular Daniele Scardina back in action. The European Lightweight title is an all Italian affair between Franceso Patera and Domenico Valentino and knockout artist Maxim Prodan is looking for another big win.”

Veronica Diquattro, EVP Southern Europe DAZN, affirmed: “With this event in Milan, it will be a pleasure to conclude the first year of our collaboration with Matchroom Boxing Italy and OPI Since 82, which saw the return of Italian boxing to the spotlight with eight great nights, after years in which it had lost interest. We have guaranteed great visibility for Italian boxers and boxing not only on a national level but, also internationally within the other eight countries where DAZN is present. We are looking forward to continuing our adventure in the next season.”

Tickets will be available to purchase next week via www.ticketone.it