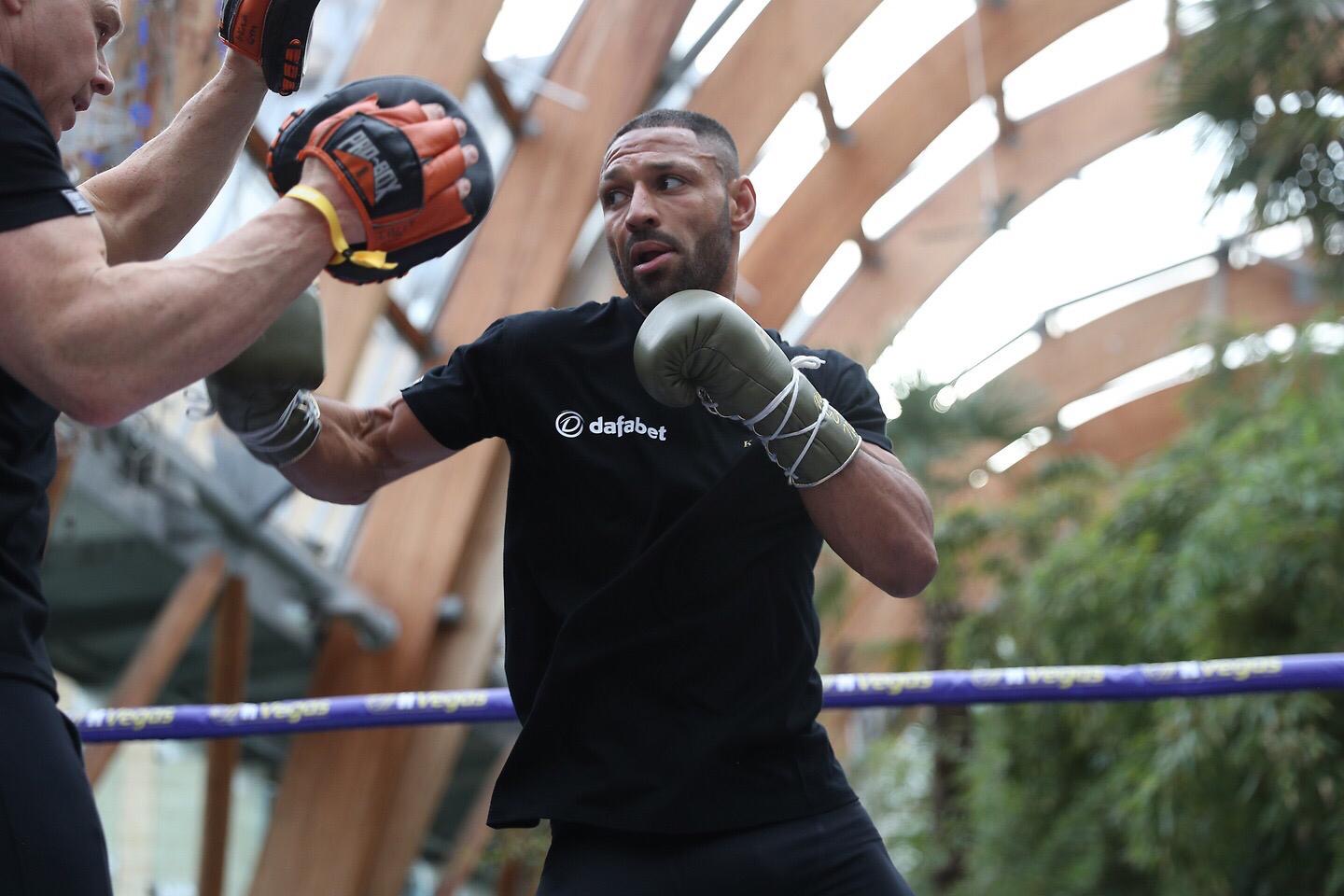 “Everything is for a reason. I probably wasn’t ready. I was looking for the big fights but maybe mentally I wasn’t there.

“It’s my time to prove why I am ‘The Special One’. Why I belong where I belong. We’ll see on Saturday night what I’ve got.

“This is my chance to show everyone that I’m back, and I’m 100 percent mentally, physically, spiritually.

“This version of me has never been in the ring. I’m excited to see what I do.”

“He’s trying to get back to where he once was. That’s a hunger that I think is still in him.

“He has to get by me in order to do that. I’m not listening to the naysayers, I think I’m getting a really dangerous and strong Kell Brook.

“There’s no quit in Kell. His two defeats were against two boogeymen in the division that nobody wanted to fight, Triple G and Errol Spence. He was the only man to step up and face that challenge. He’s a game guy.”

“I’m really relaxed. We came yesterday and I just want to rest and enjoy, then on Saturday I will explode!

“I enjoy the build-up very much and I know I have to just rest because you can explode if you’re not rested.

“I think she is really good, in many ways. Even though she is quite young I think she is a really smart boxer. She’s technical, well-trained. I think she acts very professional already.

“I’m sure this will be one of my toughest fights.”

“There’s a few nerves there, just because of the big occasion, but there’s a lot of excitement for me. I’m in a proper fight on Saturday night and I get the chance to test myself.

“Obviously the WBC World Title is up for grabs. I’m going to go in and give it all I’ve got.

“Eva has been around for quite a long time. She’s got a lot of ring experience, she’s been in with some top girls. But I feel like it’s the right time for me to come through now and challenge myself against Eva, and prove to myself that this is where I belong.”

“I think Terri in 12 months will be the best female fighter on the planet. I see her day in and day out in the gym. I’ve known Terri for a long time, she’s from the next village from me.

“She’s an unbelievable talent. Saturday night for me is all about her becoming the WBC World Champion.

“She’s going to be the best fighter on the planet in 12 months. I think in 12 months she will surpass Katie Taylor. I think her against Katie Taylor in 12 or 18 months time is the biggest fight in women’s boxing.

“Even though I probably overachieved in terms of headlining The O2, which I’ve never mentioned before, and numerous PPV appearances, I’ve only shown probably 20% or 30% of my ability for whatever reason that may be.

“I hope to show some of it Saturday. The best is yet to come in terms of what I can do. Whether it will ever come out on the night I’m not quite sure. Maybe I’m just not built for performing in front of audiences and crowds.

“Maybe my best is always going to be in the gym but I’ve got hopes, I’ve got high hopes and I’ve still got massive aspirations. I’ll keep them in my mouth for a bit longer but the belief is still there.”

Kell Brook (38-2, 26 KOs) will be aiming to shake off the ring rust and fire his name back into the mix for a Word Title shot in 2020 when he meets the USA’s Mark DeLuca (24-1, 13 KOs), Kid Galahad (26-1, 15 KOs) takes on Claudio Marrero (24-3, 17 KOs) in a Final Eliminator for the IBF Featherweight crown, Terri Harper (9-0, 5 KOs) clashes with Finland’s Eva Wahlstrom (23-1-2, 3 KOs) in a unification for the WBC and IBO Super-Featherweight World Titles, Anthony Tomlinson (11-0, 6 KOs) takes on Stewart Burt (13-1-1, 1 KO) in an Eliminator for the British and Commonwealth Welterweight titles, Dave Allen (17-5-2, 14 KOs) makes his long-awaited return after eight months out of the ring, Brentwood Super-Featherweight Martin Joseph Ward (23-1-2, 11 KOs) and Sheffield Super-Featherweight prospect Donte Dixon (2-0, 1 KO) return, Super-Middleweight John Docherty (7-0, 5 KO) continues his march towards a first title and Sheffield Light-Heavyweight Callum Beardow (1-0) fights for the second time as a pro.