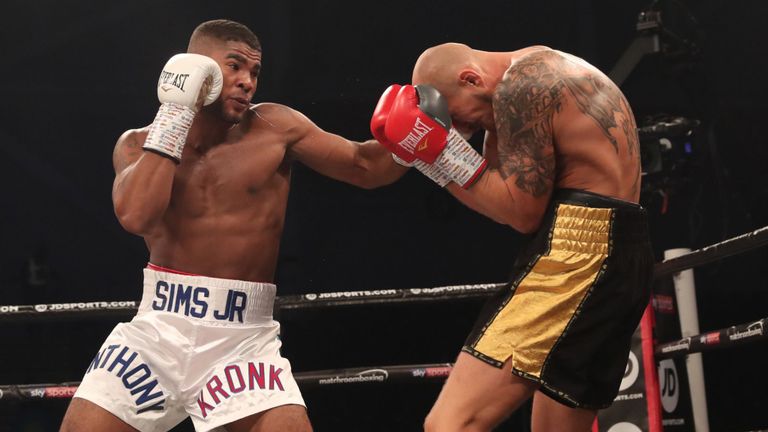 ‘The Magician’ begins his campaign at 168lbs in a scheduled ten round contest with Argentina’s Mateo Damian Veron at the East of England Arena in Peterborough on March 2, shown live on Sky Sports in the UK and DAZN in the US.

The stylish 23-year-old has reached 17-0 in the paid ranks with 16 of those wins coming inside the distance. He claimed an impressive knockout victory on the undercard of Joe Cordina’s Commonwealth title victory over Sean Dodd in Cardiff back in August and is aiming to steal the show again on his second outing on British soil.

“I’m over the moon to be fighting back in the UK, I feel like I’m coming back home,” said Sims Jr. “I’m looking to show off my skills to all of my UK fans and everyone watching on Sky Sports and DAZN. I’ve been adopted by the British and it feels good to be back.

“My goal is not only to be a World Champion, but to build awareness around mental health issues and be a voice for all people. I’m starting to get a large following in the UK and I want to keep building that with big performances. March 2 is going to be a lot of fun and I can’t wait to meet more of my UK fans.

“The opponent doesn’t really matter, I just want to get a belt. They all have two arms and two legs just like me. So I’m just working out the kinks and building to that point where I can compete with best. Anybody that holds a title is a target to me.

“I can’t really be specific about what belt I want and what opponents I want but all I know is I’m gunna get me a belt in 2019. Ive been building up to this point and in 2019 you’re going to see me explode onto the scene. This is only the beginning of a magical journey.”

Sims Jr vs. Veron is part of a huge night of boxing in Peterborough.

Jordan Gill headlines his first show as he goes for his second pro title in a WBA International Featherweight clash with Mexico’s Emmanuel Dominguez.