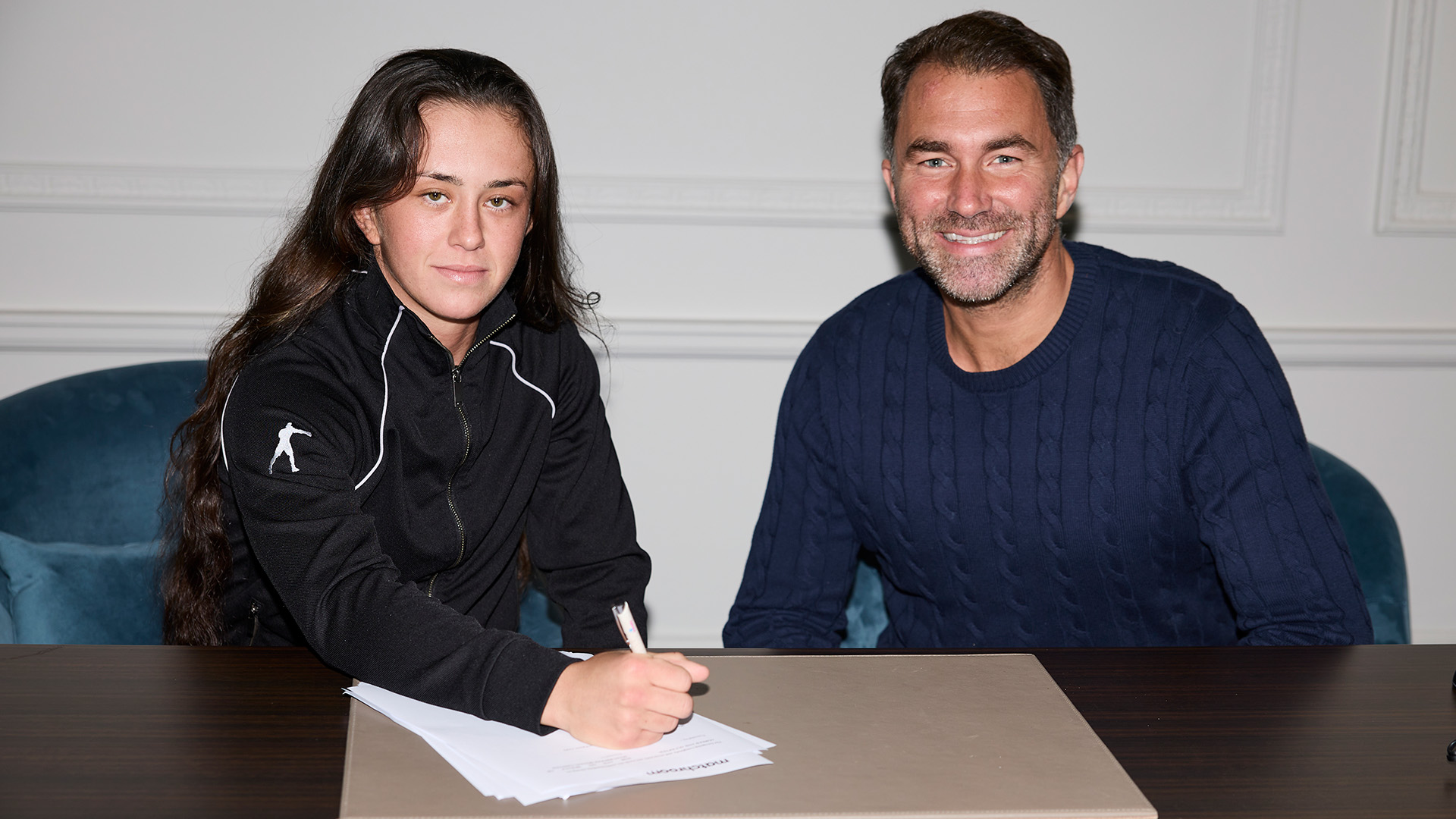 The 22-year-old South Londoner made a winning start to her professional career by comfortably outpointing Hungary’s Judit Hackbold over four rounds on the undercard of Katie Taylor’s Undisputed Lightweight World Title defence against Karen Elizabeth Carabajal at the OVO Arena in Wembley last October.

Courtney, who is the first female boxer to train out of the Matchroom Boxing Elite Gym in Essex, started boxing at just eight-years-old and went on to represent the famous Repton Boxing Club, winning six National Titles and fighting her way into the Team England set-up.

“It’s a dream come true to have signed a deal with Matchroom Boxing,” said Courtney. “From walking into the Matchroom Elite Gym a year ago and becoming Tony Sims’ and Kevin Mitchell’s first female fighter, to making my debut on Katie Taylor’s undercard and now this, it’s been an incredible few months.

“Now it’s time to repay the faith that Eddie, Tony and Kevin have shown in me. In 2023 I’m going to show the world why I believe I’m one of the most exciting female fighters around.

“I’ve been boxing my whole life, mixed it with some of the best boxers across the country and now finally I’ve got the right team in place to help build me into the World Champion I know I will become.”

“I’m delighted to welcome 1-0 Eltham Flyweight talent Maiseyrose Courtney to the Matchroom Boxing team,” said Matchroom Sport Chairman Eddie Hearn. “Maiseyrose has lived and breathed boxing since she was a child and she has huge ambitions in the sport. Her achievements in the amateurs speak for themselves and I believe she will enjoy even more success in the professional ranks under the guidance of Tony Sims and Kevin Mitchell. I was really impressed with her debut performance on such a big stage right ahead of Irish legend Katie Taylor’s last defence of her Undisputed World Title and she looks like she’s made for the big stage. I look forward to guiding her throughout her career.”