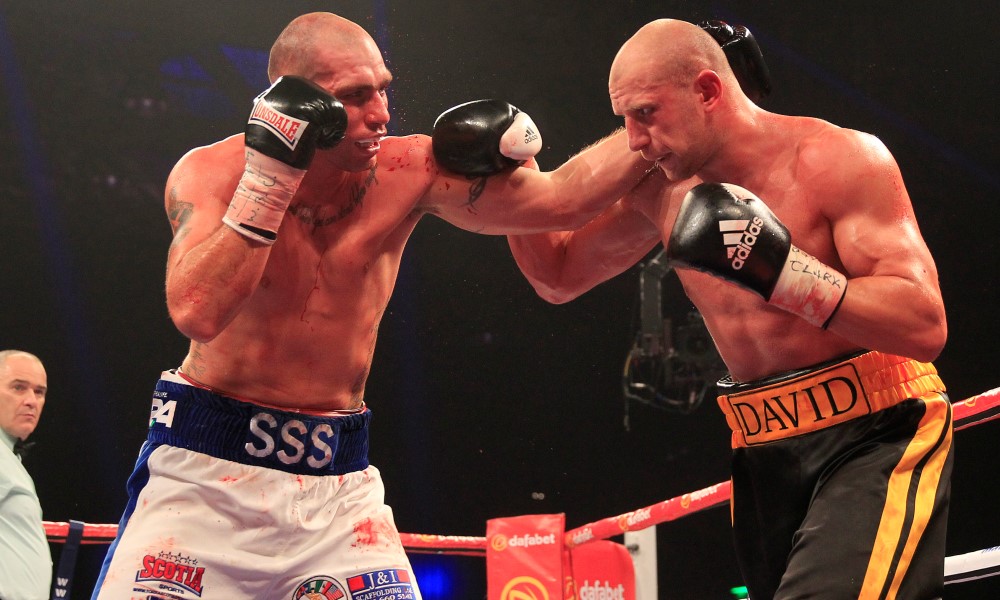 Skelton: Joshua Could Be Another Audley Harrison

Matt Skelton has warned Anthony Joshua MBE that he’s planning to derail his pro career at the Echo Arena in Liverpool live on Sky Sports – and says that Joshua could follow the same path as Audley Harrison.

Skelton is Joshua’s seventh pro opponent after joining the paid ranks from winning Olympic gold medal at London 2012, and the young hotshot has blasted half a dozen fighters away inside two rounds so far.

Harrison won gold in Sydney in 2000 and after moving to 18-0 the Londoner lost back-to-back fights against Danny Williams and Dominick Guinn, and Skelton says that while he rates Joshua, he intends to cause an upset on Saturday.

“Anthony Joshua has all the natural attributes of a good Heavyweight – he’s in brilliant shape, but we saw with Audley Harrison in his early days, he went through 18 fights unbeaten against hand-picked opponents and then he came unstuck,” said Skelton. “I am not going to Liverpool to lay down and take a paycheck, that’s not in my make-up and I am not all about money, I am always in the gym ticking over and we really didn’t do enough to prepare for the Price fight. I have been training hard and often and I needed a fight.”

Joshua was just 14 years old when Skelton won his first title, beating Julius Francis for the English belt in February 2004 and in a two-year spell from 2006 to 2008 Skelton was a major player in the Heavyweight scene, winning the Commonwealth title for the second time and facing Danny Williams and Michael Sprott for the belt, then Ruslan Chagaev in a World title fight before winning the European crown against Paulo Vidoz.

“I look back at some of my old fights and I think that if I can produce some of the stuff that I did back then, Anthony will have his hands full,” said Skelton “I am not kidding myself, I always say this about athletes in any sport, a lot of the time it is not the ability or the age that stops you from performing but it’s the hunger – when you are young the hunger is there and you feel like you can take on the world and you have a care-free attitude, that takes you a long way.

“I am not going to kid myself, they want him to win and they see tonight as a fight he will win and build upon, and they think that if he does beat me it is a good name on his record. But I am not here tonight to accept that, I just think it is a risky fight for him but Heavyweight boxing is a risky business as we all know, one-punch can change everything.”

Skelton’s clash with Joshua is part of a massive night of action as Tony Bellew and Nathan Cleverly continue to move towards a rematch as they face their second fights at Cruiserweight against Julio Cesar Dos Santos and Alejandro Valori respectively.